With Starbucks set to vacate the Main Street building due to the national chain's short move to Amherst, expected by the end of the year, Tsouflidis swooped in to secure a new headquarters for Newbury Salads, located currently in EXPO Market, at 617 Main St. in downtown Buffalo.

The Williamsville Newbury Salads has targeted April 2019 for its opening. The EXPO location will remain in business, too.

"The Williamsville location will be our flagship corporate store and also will be used to train franchisees across the country who are opening Newbury Salads franchises," said Tsouflidis in a message.

"We will have delivery services, online ordering and kiosks for fast pickup, and it will be our testing site for new product offerings," continued Tsouflidis, the owner of Acropolis on Elmwood Avenue and a board member of the Elmwood Village Association. The Williamsville Newbury Salads will boast garage doors opening onto a large patio.

Among the popular items at Newbury is the spicy quinoa crunch bowl, the featured image of this post. Here's Andrew Galarneau's description from his rundown of creative salads in Buffalo: "This top-selling salad covers a bed of the grain with a riot of cucumber, carrot, tomatoes, avocado, raw organic corn, pumpkin seeds, spicy sunflower seeds, parsley and cilantro, topped with imported Greek feta cheese." 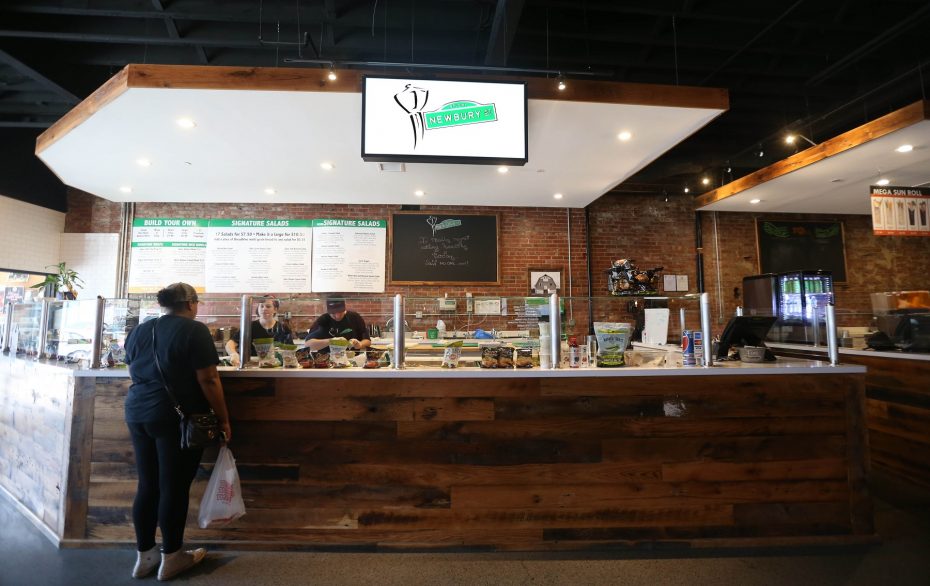 Micro food hall PK Eats, at 1488 Hertel Ave., will hold a Newbury Street - among other eateries - when it opens to the public in October, he added.

The 470 Elmwood Ave. location of Newbury Salads, known originally as Newbury Street Cafe, had a chaotic history: The quick-service eatery predicated on healthy, non-GMO ingredients opened in 2014, closed in January 2017, reopened a few months later, then closed again when its lease expired in early 2018. Tsouflidis opted to move the business to North Buffalo rather than ink a new five-year lease.

The most-recent closure came at a time when several Elmwood businesses had shut down or were in the process of doing so.