Tonawanda Coke won the right to stay open Friday but with the understanding its smokestack emissions will now be tested for pollutants.

The company will also have an independent, third-party monitor looking over its shoulder.

Despite calls for a shutdown, U.S. District Judge William M. Skretny stopped short of that Friday and instead required Tonawanda Coke to expedite improvements at its River Road plant.

Skretny, expressing frustration at the lack of data on emissions, also ordered new testing of the smokestack, the first new sampling in eight years.

"I no longer want this community to wonder what is coming out of that stack," he said Friday.

Skretny, in making his ruling, criticized the government for not providing concrete proof that emissions from the plant pose a public health risk.

The judge noted the government's request for a shutdown of the plant, a request echoed by members of the community, but made clear its evidence fell far short of what he felt was necessary to prove a risk to the community.

In short, he found the prosecution failed to prove its case.

Tonawanda Coke, found guilty of violating clean air standards in 2013, was in court because of new emissions the government considered violations of its probation.

Despite his decision to keep the company open, Skretny called Tonawanda Coke President Michael Durkin to the front of the courtroom and chastised him for the company's long record of non-compliance. 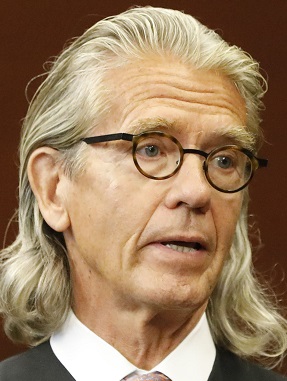 Then Skretny warned him about the consequences of doing nothing, namely another court appearance before the judge.

"Believe me, this is the last place you'll want to be," he told Durkin.

Skretny's ruling, which could be subject to appeal, was met with criticism from environmental activists involved in the Tonawanda Coke fight.

"We are angry. We are mourning. We are grieving," said Rebecca Newberry, executive director of the Clean Air Coalition. "What we witnessed was a continuation of allowing the culture of putting profit over environmental compliance and people."

Jackie James-Creedon, head of Citizen Science Community Resources, another Tonawanda group, said the judge's decision is a step in the wrong direction.

"We live in fear every single day when we see that smoke," she told reporters. "Tomorrow, we have to wake up and see that smoke again coming from that company. That's not right."

Federal prosecutors said they plan to continue monitoring the company's coke-making operations with an eye toward proving its contention that dangerous pollutants are coming out its smokestack.

"I will say this, they're not making cookies there," said U.S. Attorney James P. Kennedy Jr. "They're making coke. And we know, there's study after study that shows, in the process of making coke, certain hazardous chemicals are produced. Chemicals such as benzene, toluene and other chemicals that are known to be carcinogens."

Tonawanda Coke has acknowledged some of its emission problems but on Friday took issue with Skretny's suggestion that it stresses profit over environmental compliance.

"We absolutely respect the court and everything it has to say," said Reetuparna Dutta, a lawyer for the company. "But we do not think that is the case. We think the company is working very hard and will continue to do so."

Earlier in the day, during sentencing statements, prosecutors compared the company's compliance to an "environmental Ponzi scheme." The victims, they said, are residents living around the plant.

"It's a fraud on the court and the community," Assistant U.S. Attorney Aaron J. Mango said at one point.

Tonawanda Coke, in its statement, accused the government of exaggerating the health risks behind emissions at the River Road plant.

"They've speculated about harm and generated fear," said Jeffery Stravino,  a lawyer for the company. "They just want to shut down Tonawanda Coke, pure and simple."

The judge's sentence followed a daylong hearing into emissions at the operation and a subsequent decision by Skretny that Tonawanda Coke was in violation of its probation.

Convicted by a jury of violating the Clean Air Act in 2013, the company was fined $25 million, placed on probation and ordered not to violate any more local, state or federal laws.

In late August, federal probation officials sent Skretny notice of the smokestack emissions problem at Tonawanda Coke and said it was in violation of its probation.

Prosecutors, in court papers, described Tonawanda Coke as a "rogue environmental actor" and suggested the judge shut it down until it complies with the federal Clean Air Act.

The government's case is based in large part on state Department of Environmental Conservation data on opacity rates at the company. During a four-day period last month, they climbed as high as 66 percent, more than three times the 20 percent threshold set by the federal Clean Air Act.

Opacity is defined as the percentage of background that can be obscured by a smokestack plume.

That allegation is what led to Skretny's final ruling Friday.