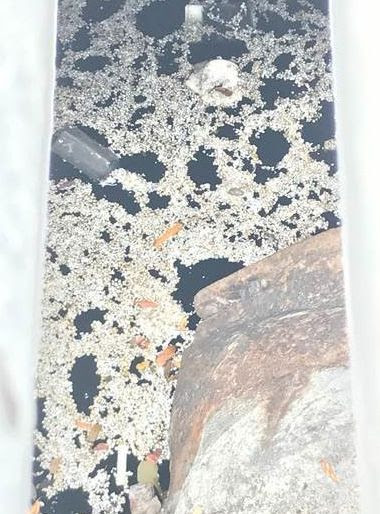 Some of the small Styrofoam beads in a Syracuse storm drain. (Department of Environmental Conservation photo)

Snow storms in Syracuse are common. When a blizzard broke out on a 75-degree early September day, authorities knew something was amiss.

Officers from the state Department of Environmental Conservation Police arrived at a construction project Sept. 7 to find heavy accumulation of Styrofoam beads strewn across about three blocks of downtown Syracuse, including in city storm drains.

The flurry of beads came from a contractor that failed to properly control the Styrofoam that was being placed onto a building in foam sheets, the DEC reported Thursday.

"The contractor had not installed netting or other control measures, resulting in Styrofoam escaping into the environment," the DEC said. Charges are pending against two companies.