Let’s face facts – for music lovers around here, the whistle blows in mid-May, and then it’s a breathless race to Labor Day, the winner defined as the fan who has collected the most concert ticket stubs when the dust finally clears.

When this flurry of purposeful motion ends, you feel like you’ve fallen into a bit of a vacuum, and a mild depression sets in.

I’m here to bring the good news, though. Rise up, ye lowly, road-worn music lovers, for our fall is almost as awesome as our summer surely was, concert-wise. We’ve got major arena shows, uber-hip concert club gigs, and some twin-night theater bookings on our horizon.

Through Thanksgiving, your dance card could be incredibly full, should you choose to accept the challenge. For me, it’s a no-brainer, principally because the menu being offered is a diverse, ranging from steaming funk to molten metal, impeccable yacht rock to torrid hip-hop, top-tier pop to underground indie. A veritable feast for the senses, then.

Here are a few of the most tantalizing fall gigs, from my perspective, and also included some notable mentions, in the hopes that my fellow music-heads might chase away their “summer’s over” blues.

Cole’s latest, “KOD,” is one of the year’s finest hip-hop releases. Don’t sleep on this show. Cole is one of the smartest and most innovative artists in the genre. 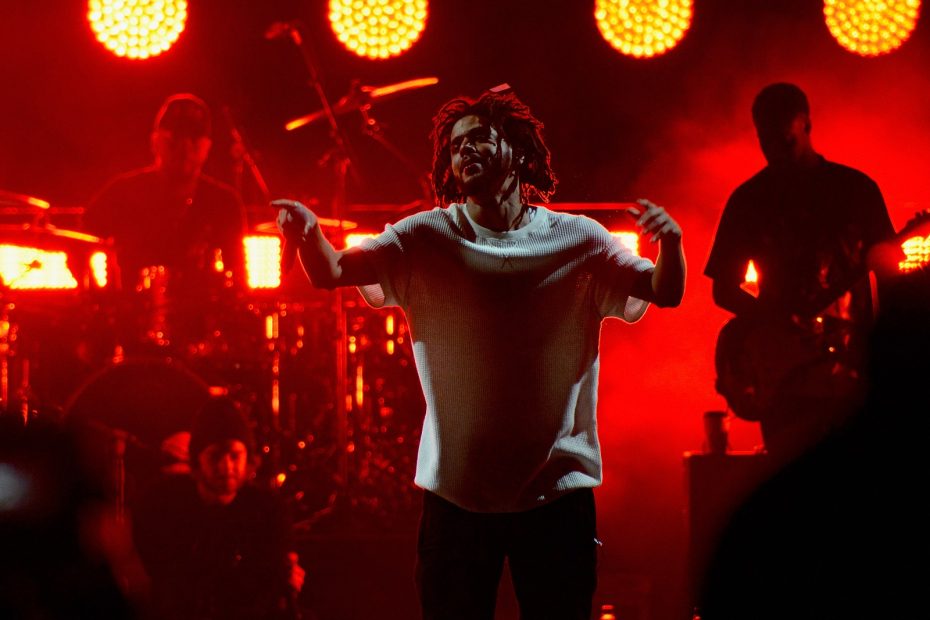 Case comes to "the House that Ani Built" with her strongest album, the recently released “Hell-On,” in tow. Expect a healthy mix of fire, fury and beauty.

For Jethro Tull fans, guitarist Barre’s shows have become must-see events. This will be his third time at the Sportsmen’s. The first two were epic.

Oh boy. It’s about to get funky in here. Turkuaz is well-known and well-loved in Buffalo. This killer double bill will offer us an opportunity to get acquainted with Richmond, Va., outfit Butcher Brown’s self-described “garage punk jazz funk.”

Even following the death of co-leader Walter Becker, a Steely Dan show is simply not to be missed. One of the greatest catalogs of songs in the history of American music.

I like a little electronic music in my diet, and this L.A. trio has made consistently interesting sounds in the EDM arena. I might even be moved to dance a bit. But don’t hold your breath.

The former Smiths/the The/Electronic/Modest Mouse guitarist released his autobiography and his third (and strongest) solo album, “Call the Comet,” over the past two years. I last saw him locally at the Showplace Theatre on Grant Street, more than 15 years ago. It’s been too long.

This is an incredible booking. Indie-rock royalty of the highest order. This one will be like a reunion of the mid-'90s Continental crew. 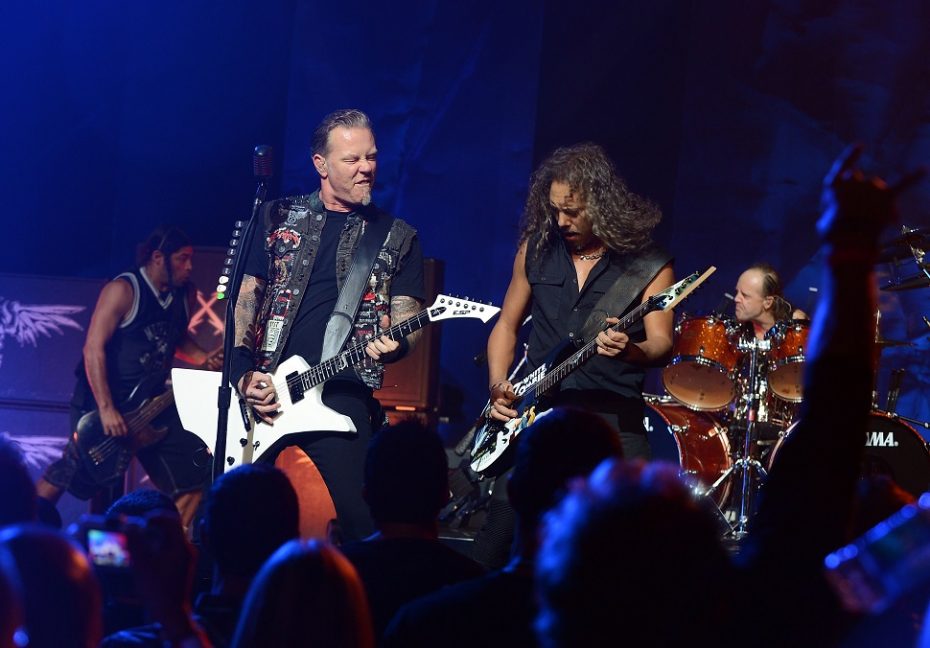 Metallica will bring its metal juggernaut to KeyBank Center on Oct. 27. (Getty Images)

The well-oiled machine that is Metallica rolls its “Hardwired… to Self-Destruct” tour into our neck of the woods at long last. The band has been doing covers of regional artists at each tour stop, a la Prince in Minneapolis and Garbage in Madison. Perhaps we’ll get a Rick James cover?

Four and ½ years on from his stellar “20/20 Experience” tour stop at what was then called First Niagara Center, JT returns with new album “Man of the Woods.” As far as mainstream pop goes, the man is top of the heap.

Justin Timberlake gives fans a show worth waiting for

Perhaps you’ve witnessed Cory Henry and company during one of their several gigs at Buffalo Iron Works. This time around, the jazz-funk-soul master quite literally “takes it to church” with his debut in Babeville’s Asbury Hall. 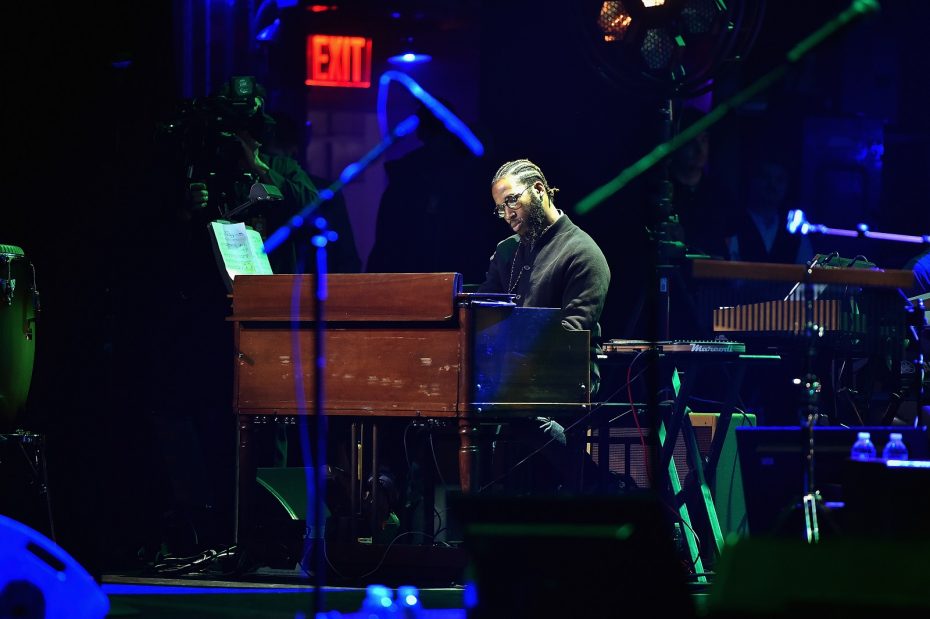 Though the Rec Room will largely devote its schedule to indie, alternative and punk bands, this booking displays a desire to broaden the range, as Shooter Jennings – as son of Waylon Jennings and Jesi Colter, a rightful inheritor of the "Outlaw Country" legacy – brings his defiantly broad conception of American roots music and rock ‘n’ roll to town.

Last year’s debut of the all-Buffalo re-enactment of the Band’s fabled 1976 farewell show at the Winterland Ballroom in San Francisco has already entered the arena of legend. A who’s-who list of Buffalo musicians will once again convene at Asbury Hall to celebrate that long-ago, star-studded night. I had to miss last year’s show. That won’t be happening this time.

Though Fleetwood Mac has decided to proceed without him – the band plays KeyBank Center in March 2019 – the brains behind the band’s biggest hooks will make his Buffalo debut as a solo artist at the Riviera. Buckingham will be bringing his full band. Expect to be blown away. 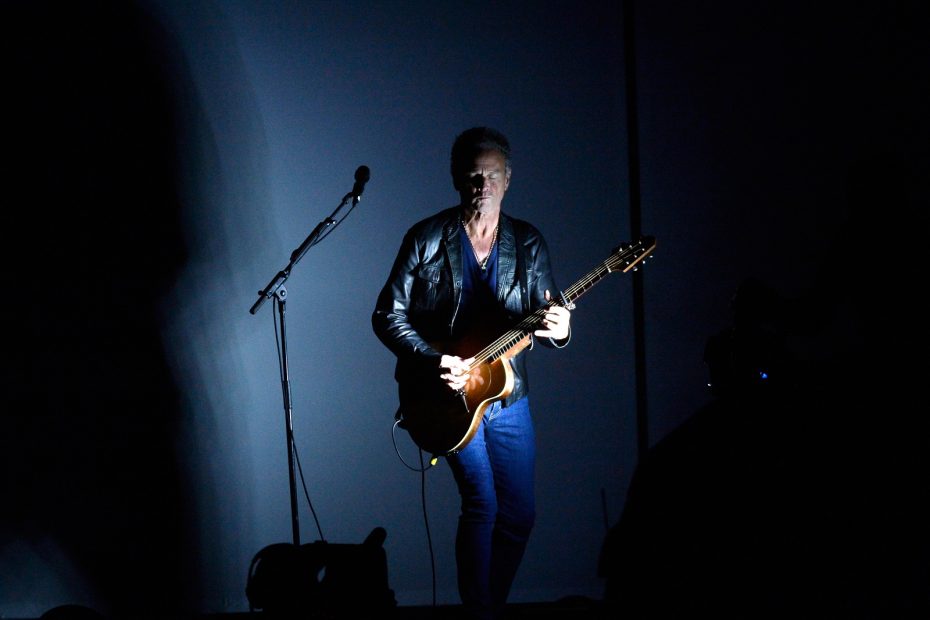 Lindsey Buckingham will bring his band to the Riviera Theatre on Nov. 27. (Getty Images)

This feels just plain cruel. Steven Wilson is bringing his widely praised “To the Bone” world tour to the Town Ballroom on the same evening that Lindsey Buckingham plays the Riviera. Both shows are incredible bookings for the area. But we’re going to have to make a choice. As much as it kills me, I’m going with Wilson.