Snyder was a freshman quarterback with an accurate arm and uncanny mobility. Snyder figured he would play on the junior varsity for a year, but Caulcrick brought him up to the varsity team that year. Sometimes Snyder played at defensive back. Other times, he went in at quarterback in a relief role.

Right before Snyder’s sophomore season, Caulcrick met with Snyder and his parents, Tammy and Ron. Caulcrick saw a legitimate future for Cole in football, one that would make Southwestern a successful program and could take him beyond high school football.

“At one point I asked Cole, 'What are your goals? What do you want to accomplish?’ ” Caulcrick recalled.

“He was 15 years old,” said Caulcrick, a former Michigan State and NFL running back. “He already had that vision. You saw he had that moxie about him on the field, and he was definitely an athletic kid who likes to fly around and do whatever you would ask him to do.”

“Some people say that committing early puts a target on your back,” said Snyder, who verbally committed to the Scarlet Knights in June. “It’s a lot easier to have that out of the way and just play. Now, not every throw is going to be for a scholarship. ... It’s a big relief.” 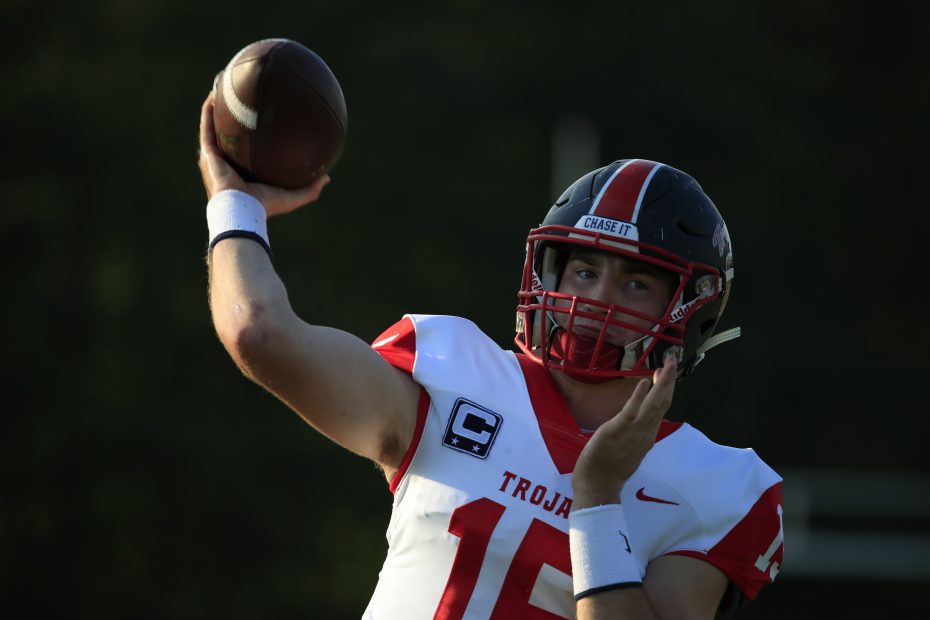 The 6-foot-1, 193-pound Snyder was the first sophomore on the Southwestern football team to be voted as a captain. His mother, Tammy, owns a company that produces machine gun links and ammunition components, and he said she instilled a strong work ethic and a level of determination in him.

But being a star in Western New York is one thing. When the 18-year-old went to football camps in the summer, he had to prove himself against so many other hopeful college quarterbacks, and he worked out with players who had many more scholarship offers than he did.

“It’s kind of discouraging, when you go talk to these kids who have a bunch of offers and you don’t have any,” Snyder said. “But you have to keep your head down and keep working.”

Snyder participated in Rutgers' East Coast Elite Camp in June, where he threw in front of Rutgers’ coaches, including head coach Chris Ash. He committed June 5 to the Scarlet Knights.

“Coach Ash’s vision and the relationship with the coaches is the biggest thing, and everything that Rutgers has to offer, the education, the environment, that’s what I wanted,” said Snyder, who plans to major in a business-related field of study.

Snyder has helped Southwestern to back-to-back Class C Section VI finals as a starting quarterback. He threw for 1,587 yards and 18 touchdowns in 2017, and was intercepted only three times.

Snyder, Caulcrick said, helped resurrect the program at Southwestern. But helping rebuild a program like Rutgers is a bigger challenge on a bigger scale. The Scarlet Knights play in the Big Ten East Division, one of the most competitive divisions in college football. Following Saturday's loss to Buffalo, Rutgers is 1-3, and Ash’s record in three seasons is 7-21, including a 4-8 season in 2017.

Rutgers’ offense is also in a peculiar situation. Ten players have thrown passes for Rutgers in the last three years, including quarterback Artur Sitkowski, a true freshman who was 39 of 80 passing for 329 yards with a touchdown and seven interceptions in his first four games.

The pattern doesn’t necessarily mean Snyder will immediately start at Rutgers in the fall of 2019, but he could have a chance to compete for a spot.

“Art has been struggling mightily the first few games,” said Bobby Deren, a recruiting analyst with 247Sports. “What’s happening at quarterback for Rutgers, it goes pretty much with a lot of positions where guys are unproven (at Rutgers). Sitkowski struggled, and there’s a question if he will be replaced this year.

“It’s pure speculation, but there’s always an opportunity for Cole. They don’t have a starter who’s a proven winner. It’s anybody’s game coming in, and Rutgers has a history of starting true freshmen.” 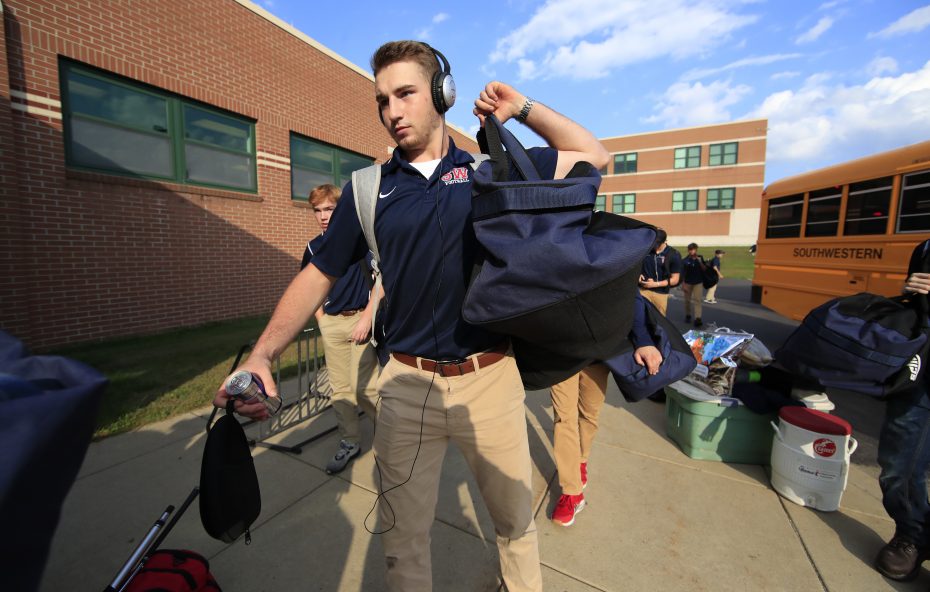 Rutgers’ early-season struggles, Snyder said, haven’t changed the reasons why he committed to the Scarlet Knights.

“The program isn’t where he (Ash) wants it to be right now,” Snyder said. “He said it wasn’t going to happen in one or two years. He said it’s going to be a four- or five- or maybe a six-year plan. And I was expected to be a part of that.”

NCAA rules prohibit college coaches from discussing recruits until they have signed a national letter of intent.

A lot can happen between now and the start of the national letter of intent early signing period Dec. 19-21. Snyder remains committed to Rutgers and hopes to join the Scarlet Knights in January as an early enrollee.

Caulcrick doesn’t expect Snyder to change his mind, either.

“Making a commitment, Cole is a kid, who, that holds a lot of weight with him,” Caulcrick said. “I told a lot of coaches who came in this: If you offer this kid and he commits, he’s going to be there. I’m 99 percent sure he will be there. He’s the type of person, if he says he’s going to do something, he fulfills this.

“He wants to put his work boots and hard hat on, and be a part of a building process.”

Snyder is already Southwestern’s leading career passer (4,007 yards). He holds the school record for touchdown passes (54) and has 297 completions.

Snyder threw for a school-record six touchdown passes in the Trojans’ 49-7 win Sept. 14 against Portville. He finished 15-of-17 passing for 249 yards, including five passes for 108 yards to Alex Card, who crossed the 1,000-yard career receiving plateau (1,048 receiving yards).

Southwestern is 4-0 and ranked No. 3 in the News' small school poll, heading into Friday's nonleague game at Olean.

One goal currently eludes Snyder: a state championship. Right now, the opportunity to check off that final goal on the list he made two years ago continues to motivate him.

“We have to do what our coaches tell us to do, and come together as a team, and play the game we want to play,” Snyder said. “And I want us to leave as a winner.”