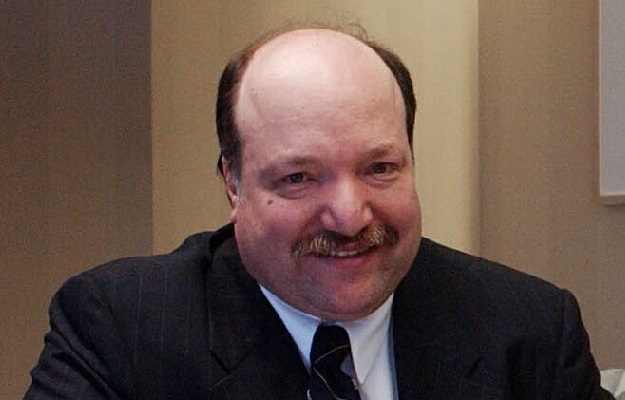 Author Christopher Carosa, whose forthcoming book "Hamburger Dreams: How Classic Crime Solving Techniques Helped Crack the Case of America’s Greatest Culinary Mystery" is set to be published in November, offers the following in the debate about the origin of the hamburger.

Previously, The News published this opposing perspective: "Hamburg's claim to the hamburger is all sizzle, no steak."

Let’s tackle why, despite the preponderance of evidence, some people have a hard time believing the Menches brothers really did “invent” the hamburger at the Erie County Fair in 1885.

For the last several years, I’ve been researching old newspapers, interviewing people, and going over notes in search of solving America’s greatest culinary mystery: Who sold the first hamburger?

One of the most challenging aspects of this work has been to determine when we first began to define “hamburger” as a sandwich distinct from a similarly prepared entree served on a plate called a “Hamburg steak.” To confuse matters further, at least according to an 1883 New York Sun article, some folks in New York City decided to call Hamburg steaks “hamburgers.”

See how easy it is to get confused? Unless you dig down into the story, and read it within the context of other newspaper articles of that era, a researcher can be tricked into making false conclusions.

The 1883 New York Sun article begins with this sentence:

“Give me six Hamburgers, four chops, half a pound of sliced ham, and five cents’ worth of pickles.”

In today’s language, it sounds like someone is ordering fast food burgers – sandwiches – in addition to the usual deli fare. You might think this, but you’d be wrong.

The article includes this line that states the lunch counter is not selling sandwiches:

“Those flat, brown meat cakes on that dish there are Hamburg steaks; the people call them ‘Hamburgers.’”

Furthermore, the article is not referring to anything resembling a sandwich, because it says:

“A nice meat lunch for 5 or 10 cents is an attraction, and is better than bringing a sandwich in one’s pocket.”

Further confusing matters are the many recipes for “Hamburg steaks” that dotted both books and newspapers. In August 1885, the Buffalo Express published a recipe for Hamburg steak that first appeared in the Philadelphia Caterer. Similar recipes appear earlier in other papers and in several cookbooks (including, ironically, the cookbook referenced by John C. Kunzog in his book Tambark and Tinsel where the Menches brothers/Erie County Fair hamburger origin is detailed).

These recipes reference “Hamburg steak,” which is served on a plate with gravy, sometimes with bread, but not in sandwich form. “Hamburg steak” (aka “Salisbury steak”) would not be considered a “hamburger” sandwich by any contemporaries of the 1880s and 1890s.

Seven Buffalo-area burgers to flip over

How about this for confusion: The Menches brothers themselves told different stories. Kunzog, whose 1920 interview with Frank Menches provides the basis for the Hamburg, N.Y. birthplace story, recognized that Frank Menches’ 1951 obituary contained a different story than the one Frank Menches told him. Kunzog doesn’t explain the inconsistency.

The obituary appears to reference information from a 1938 article published decades before Frank Menches' death by his local newspaper, the Akron Beacon. The few details it offers contain obvious errors. It’s unlikely to be true and seems to have been told to placate local customers. This article is the source of all future wire service Akron hamburger origin stories, including Frank Menches' 1951 obituary; thus, perpetuating the errors.

Unfortunately, our own local reporters have fallen prey to the wire service references. The Menches brothers appear in at least two Courier-Express stories under the byline of a local reporter:

A 1937 Courier-Express article about local ice cream cone manufacturers repeated a (false) wire service story about Charles Menches' role in its invention. It was not a hamburger story.

A 1968 Courier-Express story – at least the part that references Frank Menches – comes from a wire service feed that ran in newspapers across the country from June through August 1968 (possibly starting with the Cincinnati Enquirer). The author of the Enquirer piece used text from the wire services that appears to echo the 1951 Frank Menches obit that echoed the 1938 Akron Beacon article.

To the casual observer, it’s natural to adopt these common misconceptions about the birth of the burger. As you’ve seen, once you dig deep enough, you can find the source of the misconception.

Where's the beef? Vote is on for big burger on Hamburg water tower

What no one has been able to explain is this: If the Menches brothers/Erie County Fair hamburger origin story is false, why does it contain so many historically accurate facts?

From the name of the butcher (Andrew Stein, misspelled as “Klein” in Kunzog’s original telling), to the year the new grandstand finally appeared, to the 1885 dialogue used in Frank Menches' retelling of the story to Kunzog – all these facts have been confirmed by sifting through 1885 newspapers.

The reason Frank Menches gives for Stein’s refusal to slaughter a pig presents us with the opportunity to pinpoint the actual date the Menches brothers invented the hamburger. Kunzog quotes Frank Menches as saying it was “unusually hot and humid.”

On the last day of the 1885 Erie County Fair, the morning temperature had shot up nearly 15 to 20 degrees more than it had been 24 hours earlier. That day’s low was 10 degrees above normal and the day’s high was 4 degrees hotter than the norm. The swift southwest breeze blew moist air from the Gulf into Western New York, keeping the temperature elevated throughout the day and pushing the humidity to almost 100 percent.

It was unusually hot and humid the last day of the 1885 Erie County Fair. That day was Sept. 18. That is why Sept. 18 should be National Hamburger Day, not National Cheeseburger Day.

Buffalo native Christopher Carosa is president of the National Society of Newspaper Columnists. Once again, his forthcoming book "Hamburger Dreams: How Classic Crime Solving Techniques Helped Cracked the Case of America’s Greatest Culinary Mystery" is set to be published in November.

Here is more on the Menches brothers/Erie County Fair hamburger origin story, from a 2017 News article:

Blow out the candles! Birth of the burger celebrated in Hamburg

"According to the Erie County Agricultural Society, the story of how the hamburger was created goes something like this: brothers Frank and Charles Menches came from Canton, Ohio, to be food vendors at the Erie County Fair 132 years ago. The Menches' signature dish was pork sausage sandwiches. At some point during the fair, they ran out.

"The Ohioans had a local supplier, a butcher in Hamburg named Andrew Stein, but he argued against butchering more hogs because of unseasonable late summer heat. Instead, he thought the brothers should try ground beef.

"They agreed, but didn't like what they cooked up at first, so they added ingredients like coffee and brown sugar to the beef. Those first burgers were served with ketchup and sliced onions."