Grand Island is moving closer to a possible purchase of CannonDesign's headquarters for use as a new town hall.

The Town Board on Monday night voted to seek appraisals of both Cannon's building and of Grand Island's 50-year-old Town Hall and to ask department heads for short- and long-term assessments of their space requirements.

Supervisor Nathan McMurray said town officials have engaged in discussions with Cannon officials over the past two months, and this new information will allow the town to reach the best arrangement possible with the company.

"I think this is a once-in-a-generation chance for us to acquire a space that we would be hard-pressed to try to build," McMurray said.

However, a purchase is far from a done deal. The Town Board still would have to approve the contract. And the town would have to figure out what to do with its current Town Hall.

Also, not every Town Board member is convinced of the merits of moving to the Cannon property. Particularly, said Councilman Michael Madigan, if the town retains its current building.

In that case, Madigan said, "Gaining that additional amount of square feet – property and everything else – is just not in the best interests of the town, because it far exceeds any need that we have."

The town began to look into buying Cannon's headquarters this spring, after town officials learned the global architecture and design company was exploring moving its headquarters to downtown Buffalo. 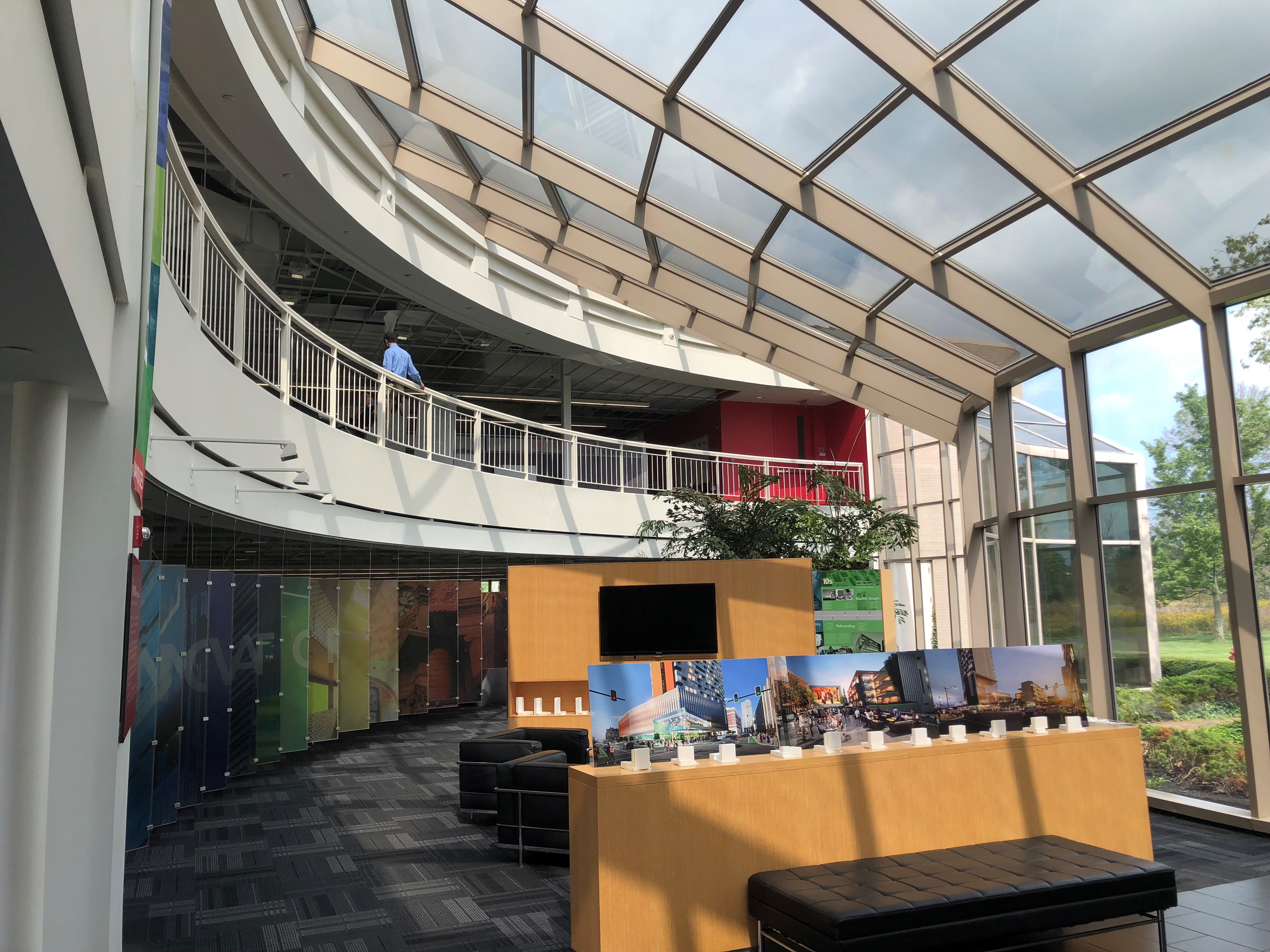 Cannon has 700 employees in 19 locations around the world and has designed some of the most prominent buildings in the area. Its headquarters on Grand Island is a sleek, modern-looking building of 42,000 square feet that sits on 14 acres at 2170 Whitehaven Road, near the state Thruway Authority's new Welcome Center.

Cannon remains interested in a move to downtown but spokesman Christopher Whitcomb said Tuesday the company has not found a new location and any sales talks are preliminary so far.

“We’ve had discussions and shared information about our building with interested parties," Whitcomb said. "The town is one of those parties.”

McMurray, a Democrat, said the current Town Hall, at 2255 Baseline Road, was built in 1968 and is sorely in need of updating. It lacks an elevator and needs a considerable investment in its roof and its heating and cooling systems, McMurray said.

The Cannon building, he said, is nearly move-in ready and would serve the town's needs for decades to come. And he said he believes the town could buy the building at a reasonable price.

"The building, it looks even better from the inside than the outside," McMurray said. "Our building is going to require millions – and you can print that – millions of dollars in upgrades."

McMurray said the town needs to act fast on this opportunity, but Madigan, a Republican, said he believes Cannon will have a hard time selling the building and the town shouldn't make it easier for the company to leave.

Madigan also said, beyond buying the building, there are costs to renovate and maintain the Cannon building that are unknown at this point. And he conceded the current Town Hall has issues the town must address, but he said it may not be fair to Grand Island taxpayers to move town workers into a building that he described as a "palace."

The town would need to decide whether to keep, or sell, its Town Hall building. McMurray said Grand Island could keep its Town Court there, and move its police department there from space it now leases. But he also said the town could sell off the building, which could make financial sense even if some residents feel an emotional attachment to the building.

A resolution on Monday's agenda authorizing the town attorney to negotiate a deal with Cannon was tabled. Instead, the town agreed to conduct appraisals of both buildings and to assess the needs of its departments. Madigan had said before the meeting the town needs that information before it can make a decision on the purchase.

"I think he's really jumping way ahead of the game," he said.