Common Council President Darius Pridgen said Tuesday the public should receive regular updates about the investigation into last week's fatal shooting of a man by a Buffalo police officer on the city's West Side.

Pridgen said he wants the Erie County District Attorney's Office to provide the community with information as it continues to investigate the shooting death of Rafael "Pito" Rivera, who was killed Wednesday on Plymouth Avenue as police responded to the report of a man with a gun.

Frustration can grow in a community when the public feels there has been a lack of information released by authorities, Pridgen said.

"It’s almost like a teapot without an opening," he said. "The steam builds and builds."

Pridgen's comments came Tuesday morning during a meeting of the Council's Police Oversight Committee in City Hall. Pridgen referenced protests that erupted in the city in February 2017 in the aftermath of the death of Wardel Davis, an unarmed 20-year-old African-American man, who died during a struggle with police officers. There were several demonstrations in the wake of Davis' death, including at Mayor Byron W. Brown's State of the City address.

The updates on this case should be constant and consistent, Pridgen said. Ideally, they should come "almost weekly," he said. 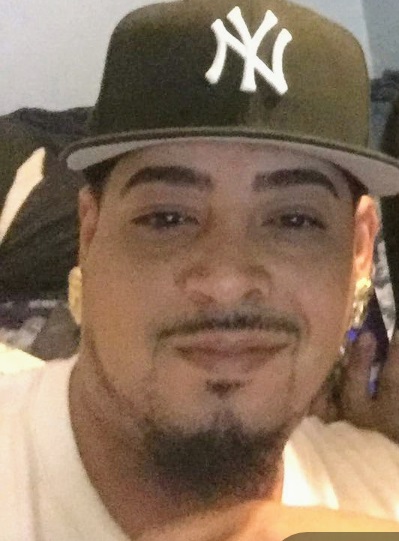 "I think what’s so important in situations like this is that whoever is investigating – anything actually, but especially when we’re talking about an officer-involved shooting – is that the public is made aware as much as possible and as constantly as possible. When you do the research and you look at places like Ferguson (Mo.) and other places where people became frustrated, it wasn’t because necessarily the job wasn’t being done. I think people just didn’t know what was being done."

"I'm very impressed in other areas when I see consistent updates from the investigating body and I think we haven't talked about that and that needs to occur," he said later.

Rivera, 32, was shot three times at around 3:15 a.m. in the vicinity of the former School 77, on Plymouth near Massachusetts Avenue, which has been converted to apartments, office space and a community center.

Police have said Rivera was holding a gun when police encountered him and ran from officers before he was shot. Buffalo police officials have said Rivera refused multiple commands to drop the gun.

Surveillance video, a copy of which was shown to The Buffalo News, recorded much of the encounter between police and Rivera in the moments before his death. Steven Cohen, an attorney for Rivera's family, said he can't tell from the video whether the 32-year-old was armed. A law enforcement source told The News that when the original video is enlarged the gun can be seen flying from Rivera's hand when he is shot.

Police have said they recovered a handgun from the scene.

An audio recording of police and fire department radio calls from the scene seems to have an officer yelling: "Stop or I'm going to shoot you."

Rivera, who was shot in the chest and back and suffered a graze wound to his forehead, according to a law enforcement source, did not fire the gun he was carrying, according to police.

The officer who fired the shots, identified by police as Elnur Karadshaev, is on administrative leave. He's been a Buffalo police officer for two years, the department said.

The last officer-involved shooting in Buffalo happened July 20 during a standoff in South Buffalo. The 35-year-old man shot by police faces criminal charges.

Before Rivera's death, the last fatal officer-involved shooting happened May 7, 2017, when Jose Hernandez-Rossy, 26, was killed in Black Rock. Police officers said they thought Hernandez-Rossy had a gun and one of the officers believed he had been shot in the ear. No gun was recovered and there was no gunshot residue found.

Council Member Ulysees O. Wingo Sr. on Tuesday echoed Pridgen's call that some mechanism be put in place to grant the community regular updates on the investigation into Rivera's shooting.