And it's not even close. M&T's market share is more than three times bigger than its nearest rival, No. 2 KeyBank.

The Buffalo-based bank controlled 63 percent of deposits in its hometown region, according to new figures from the Federal Deposit Insurance Corp.

The FDIC provides a once-a-year snapshot of deposit market share controlled by banks serving the region, based on data for June 30. M&T has led the list for eight straight years, since taking over the top spot from HSBC Bank USA.

M&T's share was actually down slightly this year, from 64 percent in 2017. But its total deposits increased, to $26.7 billion, as the region's deposit pie grew by 6.5 percent, according to the FDIC.

M&T feels the deposit relationship "is really the core of the customer," Jarosz said.

"If you have that, then it makes it easier to start talking to the customer about all the different things they're trying to accomplish and solve," he said.

KeyBank's share increased to 16.7 percent, from 15.4 percent the year before. It's been two years since KeyBank completed its deal for First Niagara Bank, which ramped up Key's local presence. The Ohio-based bank made Larkinville is Northeast regional headquarters.

"We believe our standing demonstrates that our clients value the personal relationships and expertise we offer to help them make confident financial decisions," said Gary Quenneville, Key's upstate New York regional executive. "It also reflects our commitment to making it easy to bank with us."

Quenneville said Key is excited about its growth "across all our businesses and especially in our commercial banking segments, the growth of which isn't necessarily reflected in the market share reports." 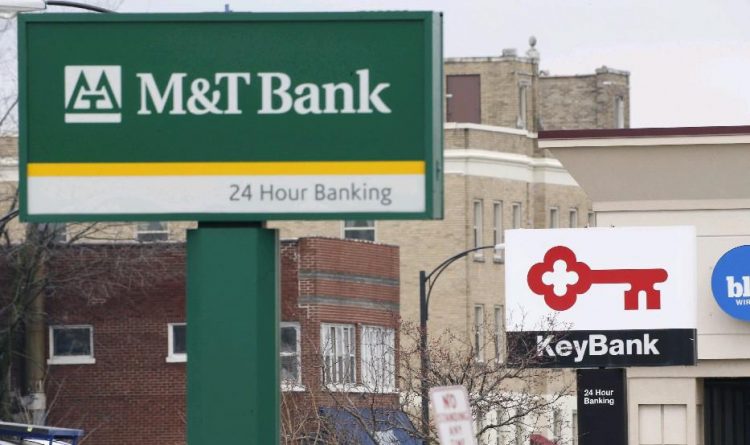 Between the two banks, M&T and Key controlled more than 79 percent of the region's deposits.

The figures that the locally based banks report in the FDIC data for their headquarters branches can bulk up their numbers, since banks often hold deposits from large corporate or institutional customers in their central offices.

Bank of America remained No. 3, while Citizens Bank was fourth and Northwest Bank was fifth. In 2017, Northwest was slightly ahead of Citizens for fourth place.

Five Star Bank, which has pushed for a bigger Buffalo-area presence, increased its deposits slightly, but its market share was virtually unchanged, at 0.41 percent, for 10th place.

Bank on Buffalo nearly caught up to Five Star, with 0.39 percent deposit market share. The division of Pennsylvania-based Bank on Buffalo had grown to three branches as of the FDIC survey, and has since opened a fourth location.