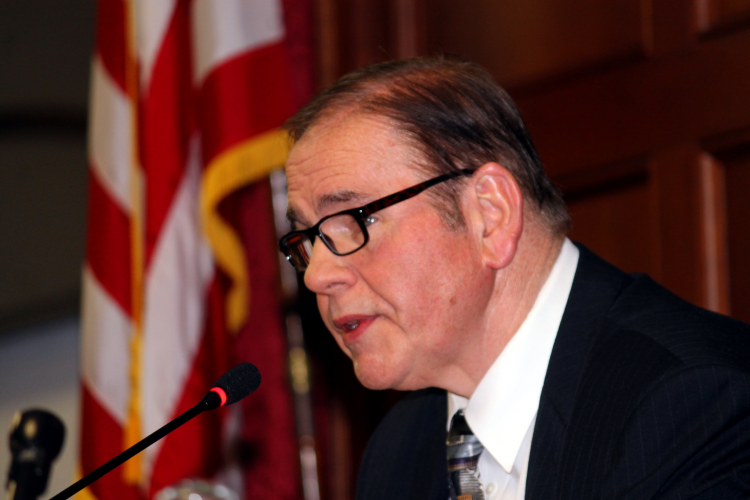 Andres said McNall was chosen at a Saturday meeting of the county GOP executive committee, which also elected Andres to a full term as chairman.

The committee rejected Mayor David R. Wohleben, who took office Aug. 8 after Anne E. McCaffrey resigned. Andres said he kept Wohleben on the executive committee. "I have no ax to grind against Wohleben," he said.

McNall, who also received Conservative and Independence Party backing, faces Democrat Michelle M. Roman in the November election for a one-year unexpired term as mayor. McNall has been a legislator for 12 years, the last two as chairman, after serving 18 years on the Lockport Board of Education.