People gain their views about the world from many sources, primarily media, including social, and from personal experiences. Why, then, do we hold such disparate opinions about what is happening? Are conditions as bad as so many think?

Not so! This is the premise of three books published this year. All claim that conditions for humankind have never been better than right now.

What do the writers base this conclusion on? Facts! But what facts can we all trust? Math! No matter how much we may disagree on ideas, there is no denying the simple elegance of numbers. Do we not all concur that 2 + 2 = 4?

In his book “Factfulness: Ten Reasons We’re Wrong About The World – And Why Things Are Better Than You Think,” Swedish professor of international health Hans Rosling explains how almost everyone looks at the world in the wrong way. Rosling has exposed their misconceptions convincingly by means of a test composed of 13 multiple-choice questions. Although only three possible answers are provided, the vast majority of these highly intelligent scholars score less than 33 percent, or lower than random.

One test question is: In the last 20 years, the proportion of the world population living in extreme poverty has: a) almost doubled; b) remained more or less the same; or c) almost halved. Your answer, please. 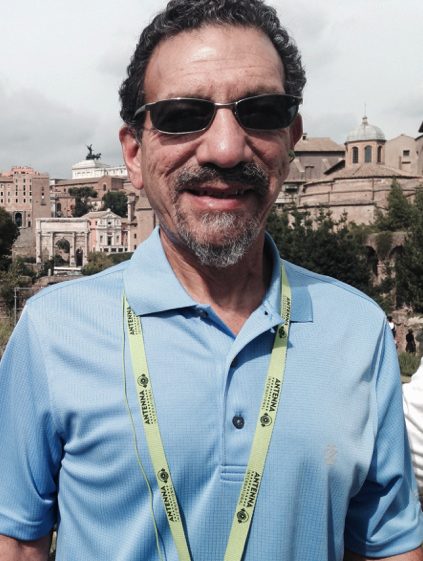 Rosling maintains that our instincts act to filter out positive information. He cites 10 such instincts including fear, negativity, single perspective, blaming, urgency and generalization (stereotyping).

For example, most of us might classify the world’s nations as either First World (the United States, Canada, Western Europe, etc.) or Third World (everywhere else). Rosling shows that it is far more useful to think of all people as being on four levels: wealthy, comfortable, striving or impoverished. These levels exist everywhere. Someone earning more than $64 per day will be living the same generally wealthy lifestyle whether in Malaysia, Egypt or the U.S.

Steven Pinker, professor of psychology at Harvard University, has written acclaimed books on cognition, language and social relations. In “Enlightenment Now: The Case For Reason, Science, Humanism and Progress,” he includes 75 graphs that depict how human life, prosperity, safety, health and peace are all on the rise worldwide.

His thesis is that these advances have occurred through enlightenment – knowledge and literacy. One chart shows how literacy rates have risen through the centuries, along with concurrent improvements in all phases of life.

One might make a comparison with auto and airplane safety. In the early 20th century, the death rates for both automobile and commercial airplane accidents were much higher than now, a hundred years later, due to increasing knowledge used in product design, training of pilots and drivers, and improved safety features.

Finally, a must-read is Kenmore native Gregg Easterbrook’s “It’s Better Than It Looks: Reason For Optimism In An Age Of Fear.” Besides discussing many of the improvements in life covered by Rosling and Pinker, Easterbrook acknowledges challenges we face regarding climate change, inequality, but also provides explicit policies for dealing with them.

So, if you miss the “good old days,” and believe “the world is going to pot,” think again.

Oh, the answer to the Rosling question is C. Did you get it right?

Michael Silverman, of Amherst, finds reasons for optimism in an age of gloom.