The troubled Buffalo Municipal Housing Authority appears poised for what could be significant change as the agency board prepares to hire a new executive director and finalize an employee contract that has been stalled for seven years.

Three finalists for the executive director job are scheduled to be interviewed Wednesday, and BMHA board chairman David Rodriguez says he hopes a new agency head will be in place by the end of October or November.

The names of the finalists are not being disclosed, but Rodriguez said they include one local person and two out-of-state applicants.

Gillian Brown, currently the BMHA attorney and interim executive director, is the local applicant, several sources told The Buffalo News, although neither Rodriguez nor Brown would confirm that.

The final executive director interviews are occurring a day after a contract settlement between the BMHA and most of its employee unions – blue, white, and unionized managers – is set to get final approval from the Buffalo Common Council Tuesday. The union approved the contract last month, and the BMHA board approved it last Thursday. 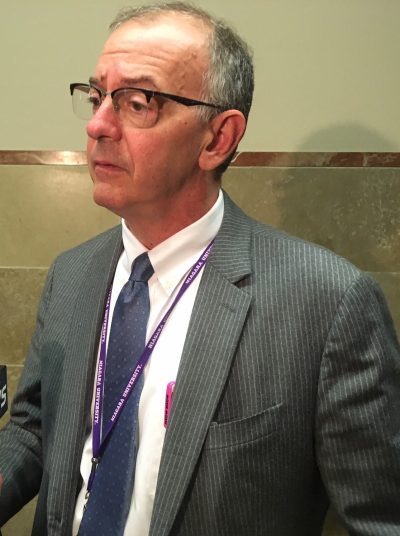 The BMHA contract expired in 2011, and while some settlement talks occurred in recent years, they became a priority over the past six months for Brown. A new contract, Brown has been saying, will establish a stronger union-management relationship and could set the stage for needed operational changes at the housing agency.

The contract gives employees a 10 percent pay hike for 2017 and 2 percent increases in each subsequent year for the life of the contract, which expires in 2023. There is also a $1,500 signing bonus. But the contract does not provide any retroactive pay raises for prior years – 2011 to 2016 – when BMHA employees were working without a contract.

The new contract also eliminates retirement health insurance for all future hires, and reduces maximum annual vacation days for new hires to 15 days, from the current 20.

Beyond the fiscal issues, the contract includes union-management agreements to develop employee performance standards and to create a pilot "turnover" program using BMHA workers – instead of outside contractors – to clean and repair vacant apartments before they are rented to new tenants.

"Now that we've settled, and employees get the money they deserve, we can go back to the union and continue vacancy reduction efforts," Brown said.

If vacant apartments can be fixed up and rented more quickly, the BMHA would receive more money from rents, and from the U.S. Department of Housing and Urban Development. Some of the BMHA's HUD funding is based on the number of units rented at any given time, the housing officials said.

In addition to vacancy reduction, Rodriguez said the BMHA must address purchasing issues, including those recently identified by The Buffalo News. The News' stories have prompted Buffalo City Comptroller Mark J.F. Schroeder to call for an outside audit of the BMHA.

Rodriguez agreed the BMHA must address internal auditing needs, as well as other other staffing and service issues. The agency must also develop a plan for upgrading its aging housing developments, Rodriguez said

But first, the board chairman said, the housing agency needs a new executive director.

With help from a professional recruiter, the BMHA received 20 applications for the executive director job, Rodriguez said. The housing agency board narrowed that list to five before selecting the three finalists, he said.

Rodriguez said the BMHA isn't necessarily tied to that salary for a new executive director.

"It's still negotiable," he said.