This ain't your babcia's pierogi.

There were plenty of traditional pierogi entries at this year's Dozynki Polish Harvest Festival; made with cheese, potato and sauerkraut fillings. But pierogi varieties entered into the the non-traditional category are always the ones that get everyone talking.

The contest is meant to "highlight all of the beautiful people still making pierogi," according to Andy Gołębiowski, an active member of Buffalo's Polonia community who emceed the event.

"They might not know Polish and they may never have been to Poland, but the one thing that brings them together is every Christmas or Easter, they get together and make pierogi and they're proud of it," he said.

Krishna Kothamasu goes by his middle name, Prashanth. He is of Indian descent, but his Polish wife's family and friends have taken to calling him Prashanthski.

"I had never had pierogi in my life before I met my amazing wife, and as I cooked her Indian food she suggested I try making pierogi," he said.

Using her Polish pierogi dough recipe, he put his own spin on the traditional dumpling with an Indian stuffing traditionally found in a samosa. He served it Saturday on an Indian flag plate with a spicy Indian ketchup.

"That's how the community grows," said Chris Puchalski, one of the contest's judges. "That's the future."

Alexis Staub is half Polish and a self-taught pierogi maker. Her roasted beet and goat cheese pierogi, drizzled with balsamic vinegar, was borne of opportunity.

"It came to me after my aunts dropped off a bunch of beets from their garden and I hadn’t a clue what to do with them," she said. 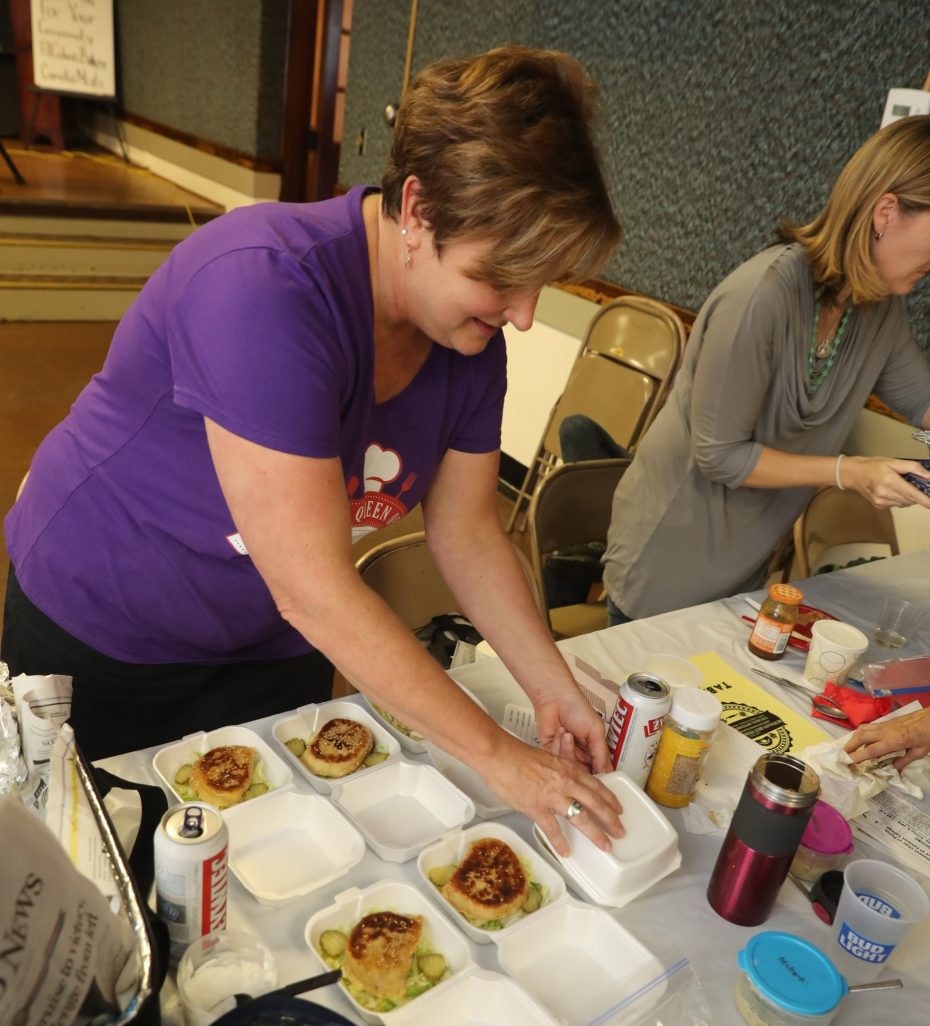 Debbie Wisholek (her last name was shortened from Wieszcholek to fit on her grandfather's military label), learned to make pierogi when she was a child. She was taught by her mom, aunt and grandma, using a recipe and technique passed down through the generations. The women still make pierogi together every year, even though grandma is now 101.

But to say Wisholek has put her own American spin on the Polish specialty is an understatement. Her entry into this year's contest was the Mac Attack pierogi, patterned after a Big Mac from McDonald's: a beef patty pierogi with special sauce and sprinkled with sesame seeds, served on a bed of shredded lettuce with pickles. (As one of the contest's judges, I can attest it tasted astonishingly like the real thing.)

"I'm a frustrated chef," she said. "I love coming up with new flavors."

In the end it was Wisholek and her Mac Attack that took home the golden rolling pin award for best non-traditional pierogi. She beat out Sandy Jaroszewski, whose stuffed mushroom pierogi took second place, and Paula Sepanik, who took third with her Fiesta pierogi.

"It means a lot when your Polish peers like your cooking," she said.

Winners in the dessert pierogi category were:

Winners in the traditional category were:

The Dozynki festival continues through Sunday at Corpus Christi Church Social and Athletic Hall, 165 Sears St., with Polish food, beer and music as well as basket raffles and children's events, including bounce houses and visits from Buffalo police and firemen. 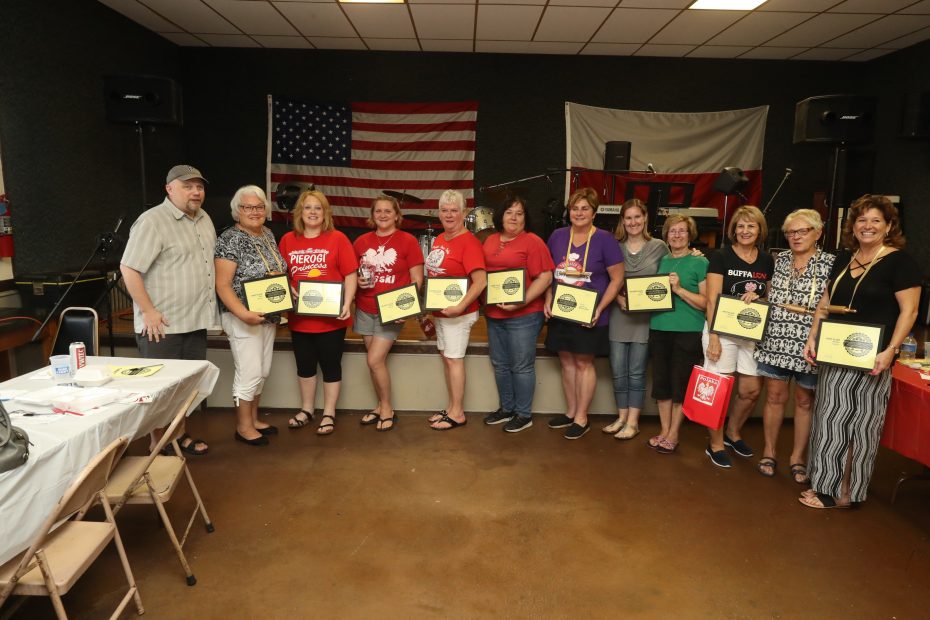