Shawna Bowman has tried several ways to deal with the pain in her arthritic right knee, including cortisone injections, physical therapy and “gel shots” that lubricated her joint.

Bowman, 59, a part-time dental office worker from Lockport, suspects she will need a knee replacement at some point – but not now. She shudders at the idea that she might need another in her 70s.

Lauren Chadwick, a 17-year-old college freshman who grew up on Grand Island, tore the labrum in her right shoulder earlier this year. She expects to need surgery at some point to repair the torn cartilage, but the former First Team All-Western New York high school volleyball player wanted to put it off at least until after her first season on the Slippery Rock University team in Pennsylvania.

Instead, Bowman and Chadwick underwent injections earlier this summer in which biologic agents were drawn from their bodies, spun into treatment solutions and reinjected into their trouble spots – procedures first available to professional athletes but now more common in orthopedic offices across the country.

"I'm not going to say it was a miracle treatment ... but it's definitely better than before," Chadwick said.

The teen was among the first treated with mesenchymal stem cell therapy (MSC) at Excelsior Orthopaedics & Sports Medicine.

Both injections work a bit differently but are designed to do the same thing: create an inflammatory response that rushes cells to an injury site to beef up – and speed up – the healing process.

“It's like when you cut yourself and the platelets rush to that area to fill it in and form a clot,” said Kelly Jordan, the UBMD Ortho physician assistant who handled the PRP procedure for Bowman. “Here, instead of forming a clot, it's going to promote healing to injured cartilage and address other issues." 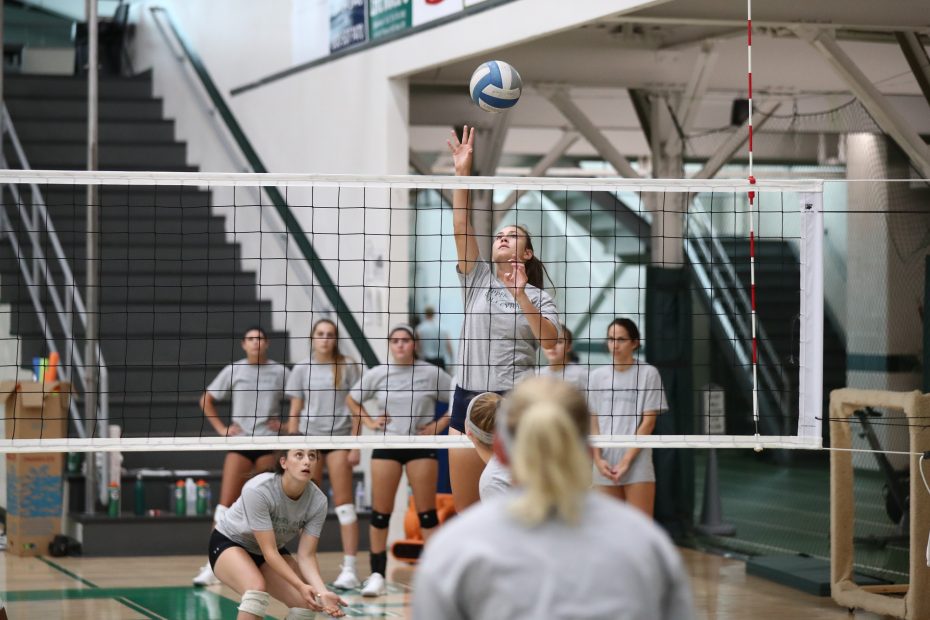 "I'm not going to say it was a miracle treatment ... but it's definitely better than before," Grand Island native and Slippery Rock University volleyball player Lauren Chadwick said of her recent mesenchymal stem cell therapy (MSC) at Excelsior Orthopaedics & Sports Medicine in Amherst. (Photo courtesy of Slippery Rock Athletic Communication)

Both Amherst-based orthopedic practices began using PRP procedures about eight years ago. UBMD Ortho, which handles the medical needs of pro sports teams in the region, started using the stem-cell treatments about three years ago. Excelsior, which along with UBMD handles similar duties for high school and college teams, began offering the procedures in July.

Health insurance companies have been slow to cover either procedure while orthopedic specialists continue to build research evidence on their effectiveness – though doctors at both practices say they are getting good results.

PRP costs about $1,000 per treatment; MSC, three to four times that much.

Another challenge is that the amount of supercharged material pulled from patients during the process can vary, making it harder to predict and measure results compared to similar chemical compounds designed to tamp down painful inflammation – like steroids – with uniform ingredients.

Still, both practices are finding that those with the financial means, or high-deductible insurance plans, are willing to consider the newer approaches. 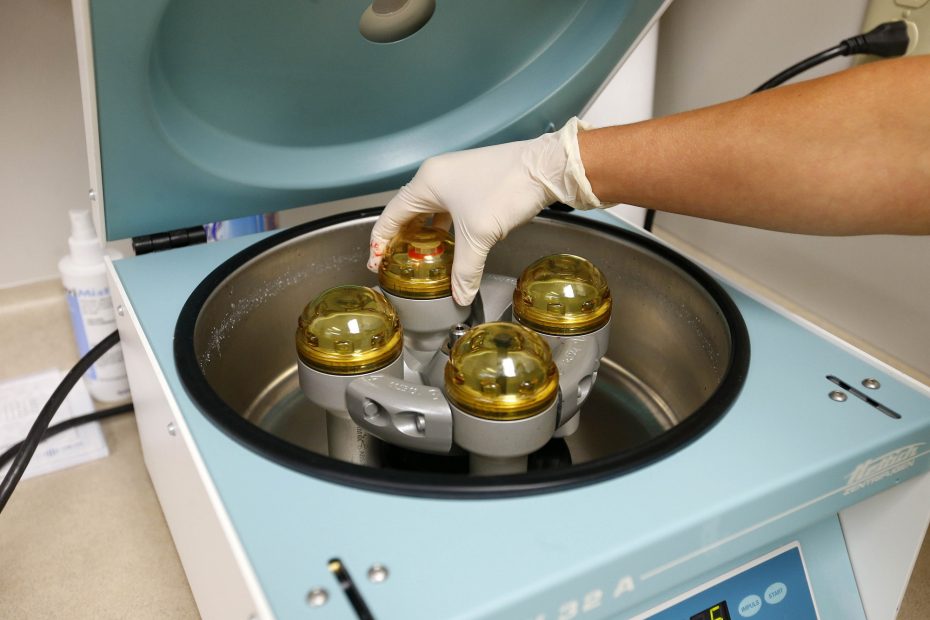 Either injection can target bones, tendons, ligaments and nerves in joints across the body, said Dr. David Pula, an Excelsior orthopedic surgeon.

The stem cell treatment is more versatile, Pula said, including outside the office setting.

“It has different potential applications, from cartilage restoration in joints that have arthritic changes to focused cartilage injuries,” he said. “In the operating room, you can use this potential cell that can grow into something different as a reinforcement for rotator cuff repairs. It's being investigated in reconstructing ACLs by injecting it into a collagen matrix that you can wrap around a graft, which is the standard reconstruction. Most importantly ... you can do open procedures where people have scuffs of cartilage out, place that cell into a matrix onto the defect and let the cell turn into a cartilage cell to fill the gap that was there from the injury."

The injections come after providers have examined patients, ordered an MRI, diagnostic ultrasound or X-rays, and, in most cases, tried more conservative treatments.

"Based on that, we make a treatment recommendation," said Dr. Jason Matuszak, also with Excelsior.

Both injectibles are far less invasive than surgery – and can delay joint replacements in some cases for years, providers with both practices said. 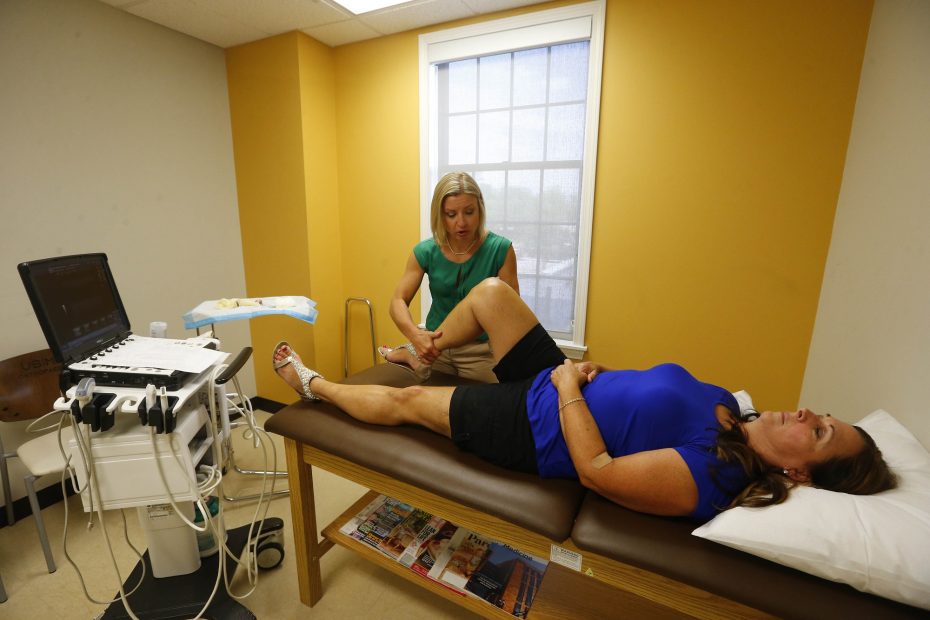 Physician Assistant Kelly Jordan works the knee of Shawna Bowman after giving her a PRP injection. Orthopedic specialists look to get people moving after the short procedures. (Mark Mulville/Buffalo News)

Procedures for both tend to last 15 minutes to a half hour.

With PRP, several vials of blood are drawn, generally from the crook of the elbow, and separated into parts using a centrifuge. The plasma, teeming with proteins and growth hormone, are reinjected into the trouble spots using guided ultrasound.

In MSC treatments, local anesthesia is used to draw healing stem cells from bone marrow. In a similar process, the material also is injected into the spot or spots where it can do the most good. Studies have shown that anesthetic can hamper the healing process, so it isn’t used during the injection.

"That was actually quite painful – but tolerable," said Chadwick, who is enrolled in the Slippery Rock exercise science program and wants to become a physical therapist.

"I found the procedure fascinating," she said.

The impacted area generally hurts a bit more during the first few days than before the procedure. Providers discourage the use of ice or anti-inflammatory medications during that time – again, because it hampers healing – and encourage the use of Tylenol as needed.

"We also think it's better to start patients moving earlier on," as is also the case after joint replacement surgery, Matuszak said. "The body heals better when you have some degree of activity in that targeted tissue.” 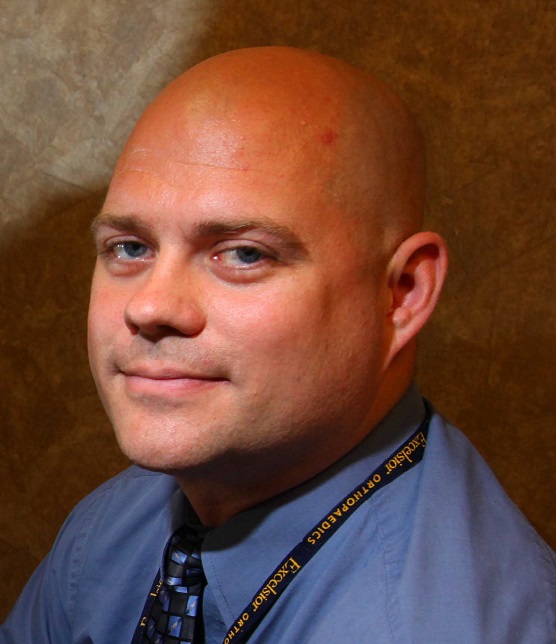 ""I tell people, ‘Expect to get about 10 to 20 percent improvement per week after the first week,’" says Dr. Jason Matuszak, a sports medicine doctor with Excelsior Orthopaedic & Sports Medicine in Amherst. (Buffalo News file photo)

Corticosteriod injections tend to have a more immediate benefit, he said, though studies are finding that the other two treatments can have a more lasting impact.

"I tell people, ‘Expect to get about 10 to 20 percent improvement per week after the first week,’ " Matuszak said, and expect a plateau after a few months. Trouble spots can calm for up to two years, he said, and in some cases more.

Orthopedic providers want patients to temper their expectations ahead of time, however.

"People want the quick fix,” Bisson said. “There isn't one magic bullet that works for these things. It's a multimodal approach" which can be helped with rest, and in many cases weight loss, and other steps.

Bowman – who wants less pain and greater flexibility in part because she often babysits her 2½-year-old granddaughter, Claire Phillips – has had several steroid and Synvisc gel shots since her first visit to UBMD Ortho about three years ago. She has taken physical therapy and works out two to three times a week with a personal trainer. She also bikes and swims.

Chadwick said she is one of four players on her 20-member volleyball team with a torn labrum, a repetitive injury somewhat common to “hitters” who play close to the net. Stretching exercises, electrical muscle stimulation and physical therapy also are part of her regimen.

Bowman has been told by others who have had knee replacement surgery that the pain subsides but, so too, the range of motion.

Chadwick said three of her teammates have had labrum surgery, still say they have soreness, and continue to take the same steps she does to address the pain.

So, for some, PRP and MSC can be another tool for those who look for something to address the growing discomfort of joint pain.

"When it starts to interfere with activities and you’re symptomatic on a very regular basis, and these other things aren't helping,” said Jordan, the UBMD physician assistant, “we use replacement as a last resort." 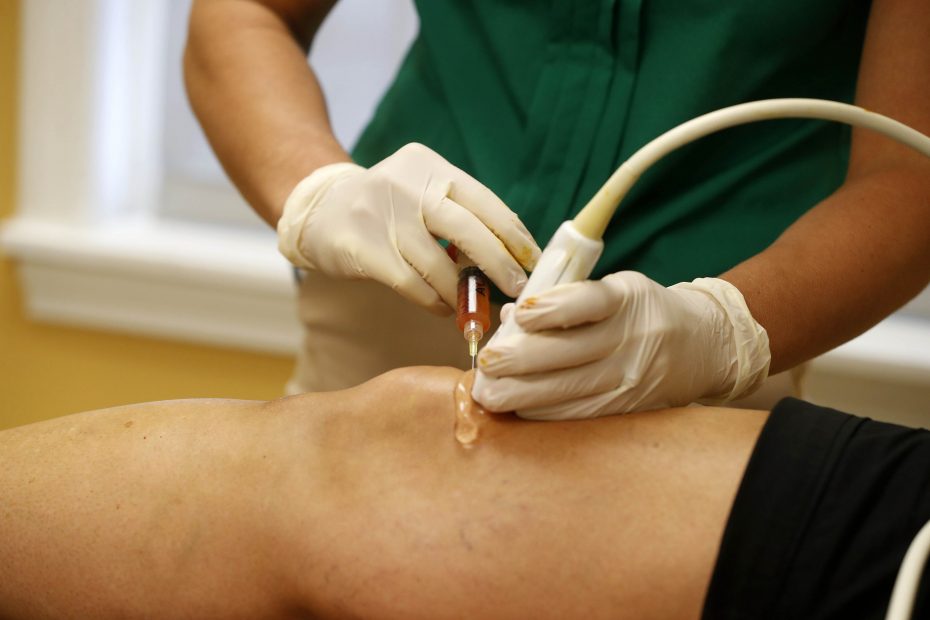 2. Jordan places the blood into one of four canisters in an Arthrex Rotofix 32A centrifuge. The blood will spin at 1,500 rotations per minute for 5 minutes, which will separate its components. Counter-balancing weights will be used in other canisters.

3. Afterward, the spun contents include a bottom layer of red blood cells, a middle layer that includes both platelets and white blood cells, and a top layer of platelet-rich plasma. The PRP will signal similar growth factor from other parts of the body to join it in healing.

4. Bowman is asked to lie still as Jordan uses ultrasound technology and gel to guide her to where Bowman’s right knee compartment is the most damaged. Jordan injects about 15 cubic centimeters of PRP into the spots where it can do the most good.