When I retire, I’m going to ... How many of us made this statement countless times while we were working silently thinking of all the “extra” time we were going to have when we quit the workforce?

I myself had plans to do some charity work – sometimes it was to volunteer at a local hospital or an elderly care facility; another time it was volunteering to be a reader for the local reading for the blind network, and/or taking on a committee at my own church.

I had also seriously thought about running a craft business since I make cards, crochet, paint furniture, sew, etc. What could be better than doing things you love and getting paid for it? Well I soon found that dealing with customers was not easy. They love something you have done but could you do it in a different color or paint a different picture or change the verse to something they had made up? Initially this was fun but I soon realized “my” business was turning into more of a customized thing and it was fruitless to do things ahead because everyone wanted their own take on the end product. Now there is Etsy.

I started volunteering at church – church council secretary for numerous years. I took on the prayer shawl ministry, which was fun because I could do it while sitting around in the evening watching TV but being productive. My husband and I volunteered to do the City Mission ministry, which involved taking the food collected down to City Mission once a month – again very rewarding as they are so appreciative of all the donations.

Then I was asked to take on the card ministry and found myself making more than 500 cards a year for birthdays, anniversaries, shut-ins, get well, sympathy, etc., etc. Then the person doing the prayer ministry got ill and they asked if I would take that on and once again this was a very fulfilling ministry. Then I was asked to chair the Call Committee and found that to be challenging as “friends” thought they should be “in the know,” which of course was taboo but at least that process ended. 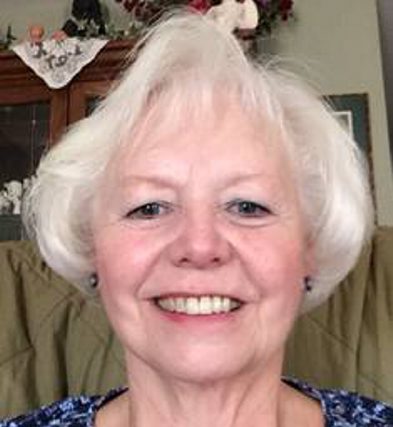 One thing I promised myself was that in retirement I was going to travel. I wanted to see the world and all it had to offer. At first my husband balked at the idea of travel outside the U.S. but when he realized he was being left behind, he decided to join me. We’ve traveled far and wide and have almost reached the end of our bucket list. We’ve walked the Great Wall in China, toured the Hermitage in Russia, seen the devastation of Auschwitz and Pompeii, walked among Punta Tombo penguins, experienced Oktoberfest in Munich, seen the Trujillo Temples in Peru, had a gondola ride in Venice, visited the Vatican and Coliseum in Rome and the Fatima Shrine in Spain, toured Greece’s Parthenon and walked Ephesus, rode the End of the World Train in Ushuaia, been amazed by the Roman aqueducts in Segovia and toured Cairns, Australia, via Segway.

I can report that the world truly is an amazing place and I would highly recommend seeing some of it.

Wow! I have to caution anyone thinking of retiring: Being retired is time-consuming but one of the most rewarding experiences of your life.

Victoria Wienke, of Hamburg, has been crossing off items from her bucket list.