It’s a nightmare scenario a family man lives in fear of.

In 2016, Every Time I Die vocalist and front-man Keith Buckley was on the road when he was alerted his pregnant wife had been rushed to the hospital. He left the tour and arrived at the hospital to find her connected to life-support machinery. The threat of losing his family stared Buckley directly in the eye.

Two years later, mother and child are both doing well, and Buckley – as he has been doing since forming Every Time I Die in Buffalo with his brother Jordan, back in 1998 – turned unexpected life experiences into vibrant art. First came ETID’s 2016 release “Low Teens,” a record into which Buckley poured his rage and despair. Now comes "Watch," his second novel, set to drop Tuesday.

The book summons a hypnagogic twilight world that will not likely be wholly unfamiliar to Buffalonians. Its main character stumbles in a dream-like state through the streets where the author grew up, drank in bars, forged dreams and tasted bitter defeats. It is, in many ways, a Buffalo novel, though it ultimately transcends strict geographic placement.

I caught up with Buckley in Buffalo, just prior to ETID embarking on a series of dates opening for Fall Out Boy. Though ETID is an exuberant and wildly energetic metal-core band known for its inescapably aggressive sound, Buckley’s lyrics have always been intellectually astute, and his prose styling balances the erudite against a street poet’s vernacular.

[Photos: Every Time I Die opens for Fall Out Boy | Smiles before that show]

We discussed the travails that helped to birth "Watch," the realities of life in an underground hardcore band, and the “variations of psychosis” that are part and parcel of life in Buffalo. 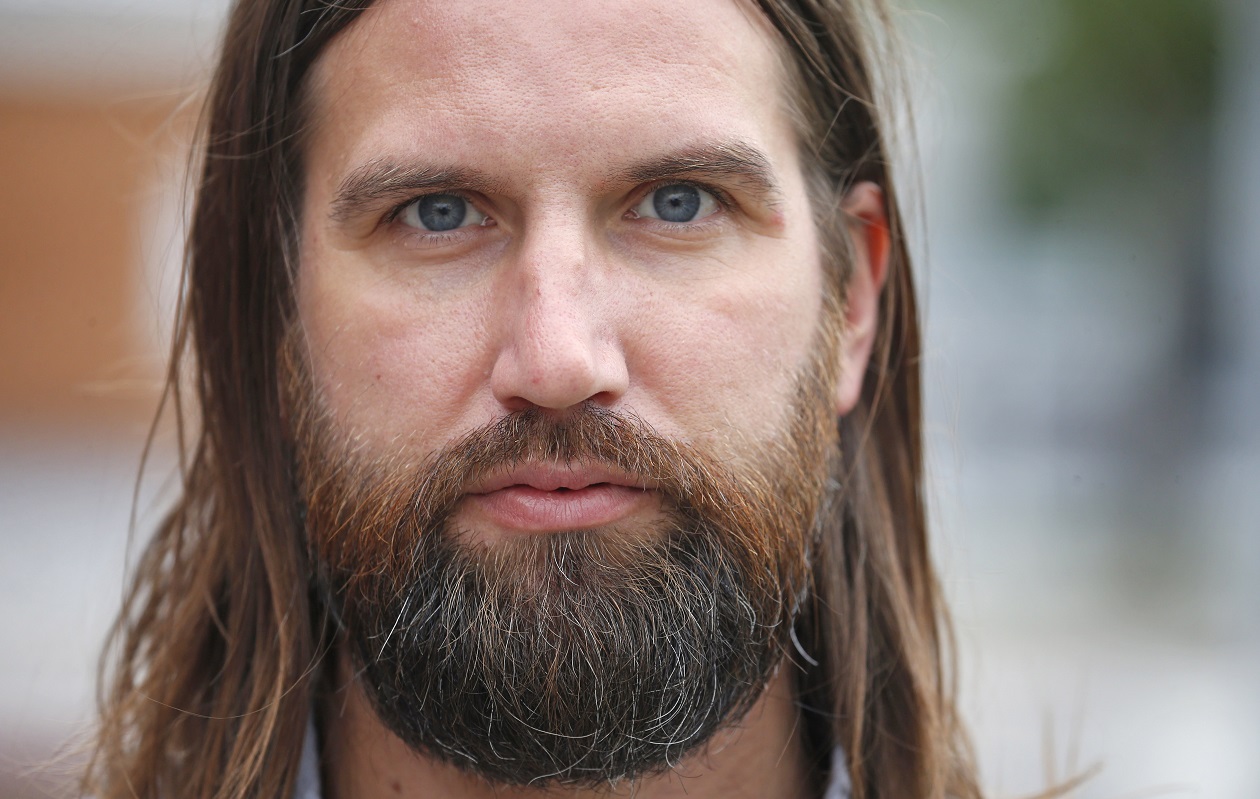 Question: Can you tell me how you transformed personal trauma into the character of John Harvey and his descent into an untethered world?

Answer: What I learned from that situation was that a state of uncertainty is the most horrific state to exist in. Not knowing what is going to happen from minute to minute for entire weeks at a time, which is what we went through, doesn’t allow you to accept anything other than the fact that only more uncertainty is guaranteed.

For us, there was no grieving, no coping, no recovering, because nothing was behind us and nothing was in front of us. At least not that we could see while in the middle of it. Everything I thought I knew about family, about pregnancy, about faith, about hospitals, about time itself, was wrong.

John Harvey’s existence in a day that spans years, in a storm that spans what might as well be hundreds of thousands of miles, was the most appropriate metaphor for what my wife and I went through. Things happen without warning and they only bring more questions.

The book turns on a brilliant metaphor – the destruction of time as a concept, via John Harvey’s smashing of his watch, and his resultant plunge into a sort of self-reflective abyss. That must’ve been a pivotal moment, when that metaphor first came to you?

I remember very vividly a moment on that first night when I got to the hospital and saw my wife hooked up to more machines than Peter Weller in "Robocop," that the only thing I could count on was the fact that the next morning would undoubtedly come and by then, someone would have some answers. That the longer she was there, the more doctors might understand about what happened and how quickly she would recover. So I just kept watching the clock.

But when the next day came, there were still no answers. That clock was useless to me. It was just a symbol of a concept and to put any hope in its restorative properties was idiotic. John Harvey makes that same mistake. His revolt is against the language of time, not time itself, and therefore ultimately it is futile. 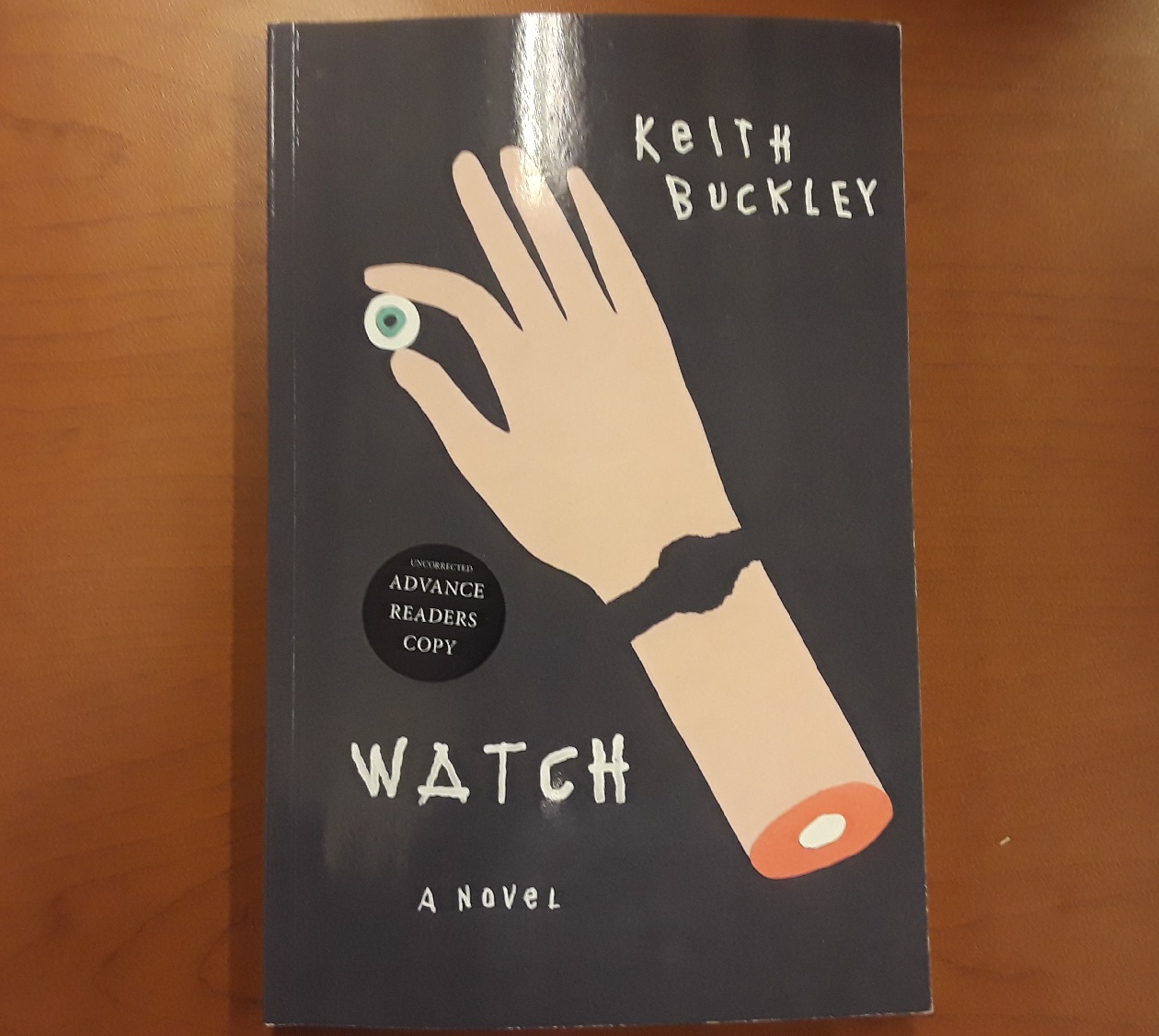 I feel the rhythms and cadences of some of the Beat-era writers in "Watch." I also absolutely love the book’s first sentence, which reminds me of Kafka and the way that "The Metamorphosis" begins: “When Gregor Samsa woke up one morning from unsettling dreams, he found himself changed into a monstrous vermin.”

("Watch" begins: "Rather than replace the battery in his watch when it died, John Harvey decided to let go of time altogether.")

The worlds Kafka creates are terrifying, no doubt about it, and elements of the fear he creates will probably always appear in things I write, whether I intend them to or not.

Come to mention it, the prosecutors in "The Trial" and K.’s relationship to them are a pretty accurate parallel to how I felt about doctors, at first – the  wealth of knowledge they had that my wife and I were not privy to.

But what I didn’t want to lose sight of was the fact that "Watch" is a story. It could be based on a specific un-reality, but it still needed to be eerie and entertaining.

One of the most effective tropes in horror movies for me is when authority figures are completely inept. It makes me, as a viewer, feel unmoored. I wanted to put a personal spin on that. So John had to have absentee parents, a boss with an "inaccurate" vision, teachers who laughed at him, and so forth.

I found it interesting – and, frankly, really refreshing – the musicians in both your novels are not presented as particularly sympathetic characters, not made to appear as if they’ve got it made. Every Time I Die has been deep in the trenches for 20 years now. Some people might get the impression that you’re living a cushy life, but I suspect the reality is quite different. Were the Ray and David characters a way for you to channel some of your ETID experience?

Totally, but I think that might be as a result of wanting to not just humanize but infantilize people that usually elicit respect or admiration. When I was a kid, there was no one higher than a musician. They were philosophers, poets, scientists, celebrities, all in one. In my mind, they were fluent in a language that normal humans like myself weren’t able to speak.

Then I became one and realized they’re mostly just egomaniacal (expletive) perpetually failing upward. There are certainly still some god-like ones out there, but they’re few and far between. I’ve always said that music ruined music for me. Seeing behind the curtain is a dream-killer. When you know how the magic trick is done, there’s no magic anymore. 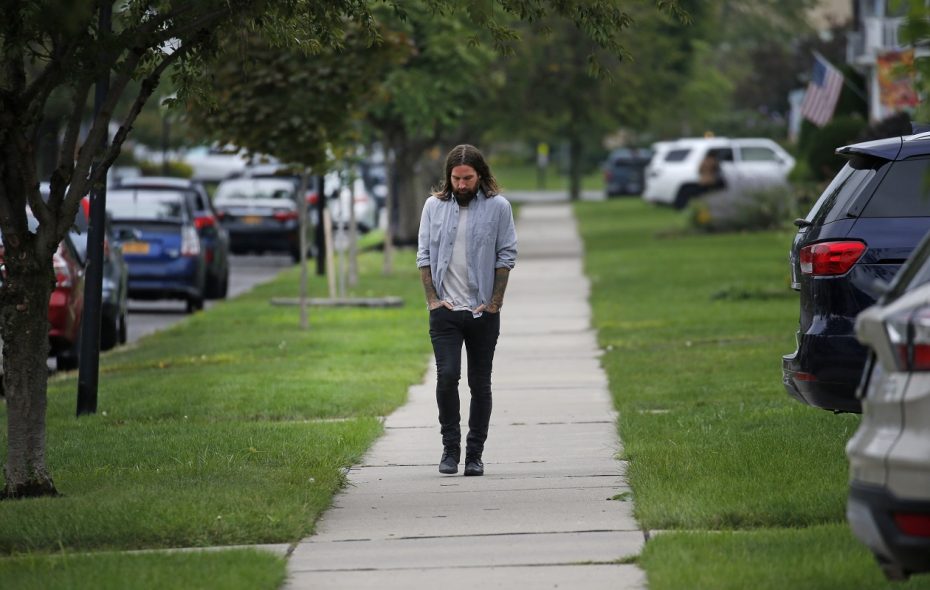 I feel like Buffalo is both setting and character in the novel. It seems that John Harvey’s journey from home to corner bar in brutal weather is a commentary on his plight. He’s free of time, but his environment still batters him. It’s tough to escape your ghosts in Buffalo. John Harvey reminds me of a lot of people I’ve known since I’ve lived here.

Yeah, this city is a goldmine for all variations of psychosis, ha ha. John is plagued, and the fact that so much happens on what is supposed to be a walk of less than half a mile is how I tend to feel living here.

Walk from one end of Allen Street to the other at any time of day and you’re going to recognize everyone and guaranteed, a few of your best friends will probably be drinking at five different bars and they’ll call out to you to join them at every one. It’s a beautiful thing, and I genuinely mean that. But when you’re trying to escape - as John is - it’s impossible. There are reminders of who you are and what you’ve done everywhere. Even if you can forget, other people might not let you.

In one sense, I understand the desire I’ve often heard expressed – to get out of Buffalo as fast as possible if you want to "make it." But in another sense, I think this is a decent place to live for a musician. I’m wondering why you stayed? Why not move to L.A., or somewhere else closer to the "heart of the action?"

I don’t think L.A. has any advantage over Buffalo in terms of playing music. There are a ton of venues of all sizes here and it's perfect for someone to sharpen their teeth. I mean, you probably won’t have a record label exec signing you after stumbling upon your set one random Saturday night, but I don’t even think that happens anymore anyway.

Touring and playing live is the best way to "make it" and because of that, it doesn’t really matter where you live. Buffalo is inexpensive, and my wife and I have family and friends here.

You can chase your musical dream by hitting the road and playing outside of city limits. It's not like acting. There is no national hub. Get a website, write and record material and then get in the van. 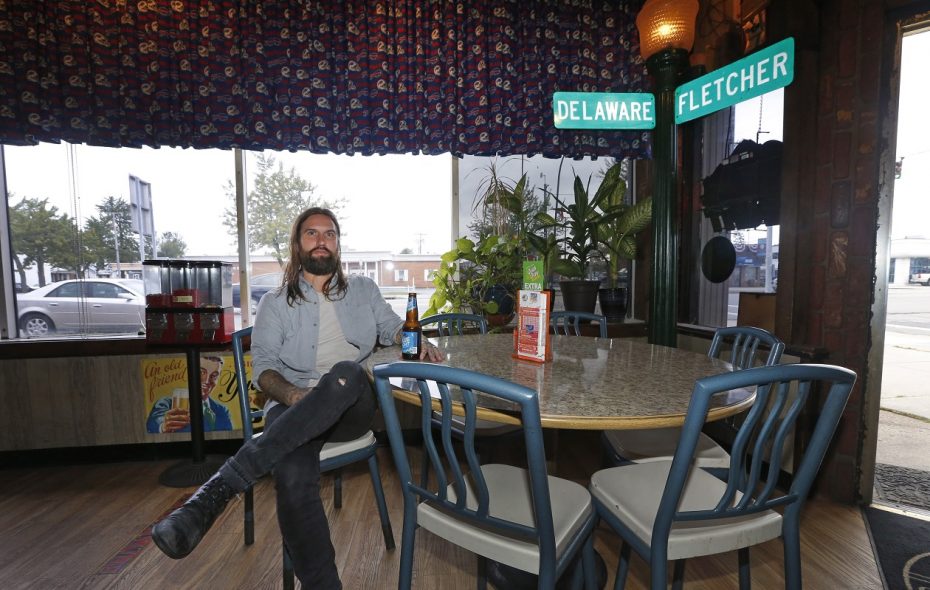