State Sen. Timothy M. Kennedy beat back a challenge from his Democratic opponent Thursday, solidifying his hold on the 63rd Senate District.

The Democrat from South Buffalo defeated Shaqurah G. Zachery in the primary, capturing 76 percent of the vote to Zachery's 24 percent, with 86 percent of the districts reporting.

Kennedy, 41, is a four-term incumbent first elected in 2010, but he was taking nothing for granted against Zachery, 45, a political newcomer.

Kennedy’s re-election campaign spent on average of $10,000 a day during a recent 22-day period to ensure his primary victory – a sizable pace for an incumbent with local name recognition who was expected to coast to a win.

“Anytime we go to work, we go to work with 100 percent effort, whether it’s the government work or the political work,” Kennedy said, after his primary victory. “I never take anything for granted. I continue to work on behalf of our community, because I care deeply about where we are and where we are going.” 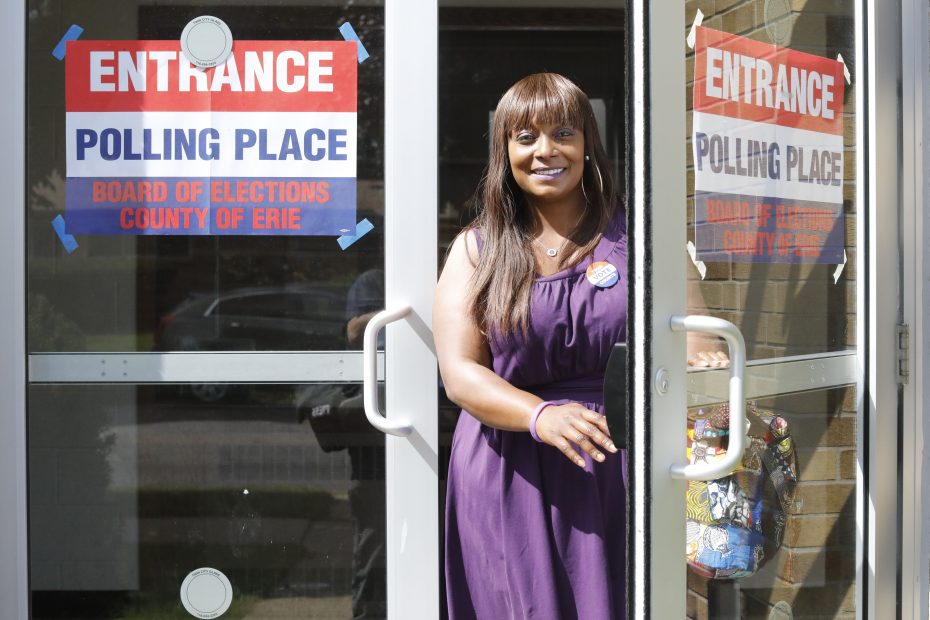 Zachery – whose mailings label her a "Michelle Obama Democrat" – concentrated her efforts mostly among African-American Democrats on the city's East Side.

But Kennedy’s win Thursday cements his status in the 63rd Senate District, which includes much of Buffalo and several areas east and south of the city. The district has a broad base, with many black voters, and Thursday was the second time Kennedy has defeated an African-American candidate for the seat.

He narrowly won the State Senate seat in 2012 after beating out former Erie County Legislator Betty Jean Grant. Kennedy defeated her again in 2014, but by a much wider margin.

And with each victory, Kennedy – buoyed by his home turf of South Buffalo – has redoubled his efforts in the black community, where he has been a noticeable presence at events and Sunday services.

Much of the $200,000 spent over three weeks since mid-August went to a San Francisco firm handling his campaign advertising, but Kennedy also has stepped up donations to groups in his district, particularly African-American churches.

Meanwhile, Zachery had little money to mount her challenge, listing zero dollars in her campaign bank, compared to the $550,000 Kennedy’s campaign had on hand, according to the most recent filings.

Zachery is a native of Syracuse and a graduate of Northwestern University who came to Buffalo in 1994 to attend law school at the University at Buffalo. Zachery said she ran an old-fashioned door-to-door campaign based on the need for change and not being beholden to special interests and party bosses.

Up next is the general election against Republican candidate Thomas A. Gaglione, who faces an uphill battle in this heavily Democratic district.

In other state races, Assemblyman Erik T. Bohen, a Buffalo Democrat who won a special election for the 142nd Assembly District running on the Republican and Conservative lines, won the Republican line, defeating Timothy C. Nolan, who has not waged an active campaign.

Bohen, 36, also picked up the Conservative line, defeating Thomas J. Mescall Jr., but he was losing to Michelle M. Kennedy for the Independence line with 92 percent of the districts reporting.

Assemblyman Michael J. Norris, a Republican from Lockport, was unopposed in picking up the Reform Party line for the 144th Assembly District, which includes parts of Erie, Niagara and Orleans counties.