More trails. More access to the water. And more places to rent boats, find a bathroom and buy food and beverages.

Those are the wishes from many of the 290 people who responded to a survey about what they'd like see at the Outer Harbor.

"The results re-enforce our current direction," said Steven Ranalli, vice president of development for Erie Canal Harbor Development Corp. "Overall, they want a space that complements Canalside, a place where you can get away from an urban or suburban environment and enjoy a quieter, simpler waterfront."

The state agency sought public feedback at a July 11 public meeting and also online for a month afterward.

Those who responded to the survey generally see the Outer Harbor as a family-friendly spot for relaxing in a natural environment, viewing beautiful sunsets, engaging in recreational activities and bringing out-of-town guests. 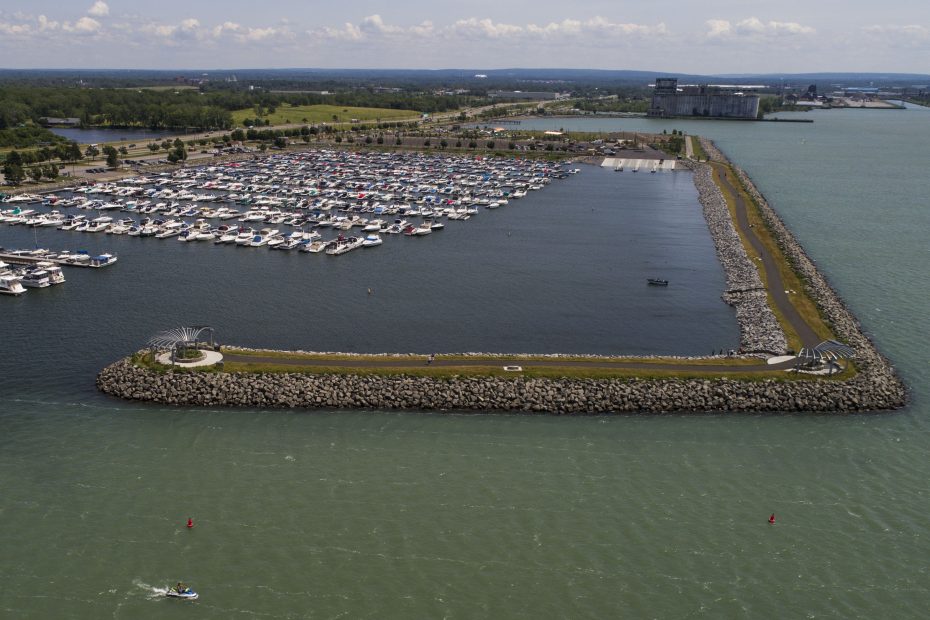 The survey was also intended to help guide project ideas for First Buffalo River Marina, Terminal B and an area that stretches from the Bell Slip to Wilkeson Pointe.

The 15-acre First Buffalo River Marina includes a 115-slip marina and is expected to become an access point for the Queen City Bike Ferry. Potential reuses for the Connecting Terminal grain elevator and long-term development possibilities are under consideration.

Ways to enhance access and overall visitor experience on the 124 acres between Wilkeson Pointe and the Bell Slip are also under review.

A public meeting will be held at 5:30 p.m. on Nov. 19 at a yet-to-be-determined location near the waterfront. For more information, go to www.outerharborbuffalo.com/accessandactivation.

Almost half the people who filled out a survey wanted to see beaches and swimming opportunities, while about one-third said they'd like to see food stands, with a formal restaurant low on the list.

The results showed the Outer Harbor still has a way to go to please many of those who use it.

It was characterized as a "safe place" by 130 people.

About one-third who responded said they considered the Outer Harbor a tourist destination. Only one in four thought of it as a year-round destination.

The survey was mostly represented by older people, with 61 people under the age of 40 taking part. Slightly more than half visited the Outer Harbor once a month or more, with nearly one-third visiting once a week or more.

"One thing I found interesting is that over half of the respondents were from outside the city," Ranalli said. "Clearly, the Outer Harbor is seen as a regional asset. I think that's really important as we make decisions on what goes out there."