Frankie Primo's +39, newcomer D-Tour and Bada Bing were among the winners in four categories determined by judges and participants. Deep South Taco, in its first year competing at the festival, and Amici Ristorante also claimed two runner-up placements.

The concept was simple: Attendees could sample meatballs - both "traditional menu" and "freestyle" - from any of the 19 participating vendors (Molinaro's no-showed) and then place one vote for their favorite. A group of roughly 20 judges, primarily from the media and the restaurant industry, were also tasked with ranking a select group of meatball vendors. 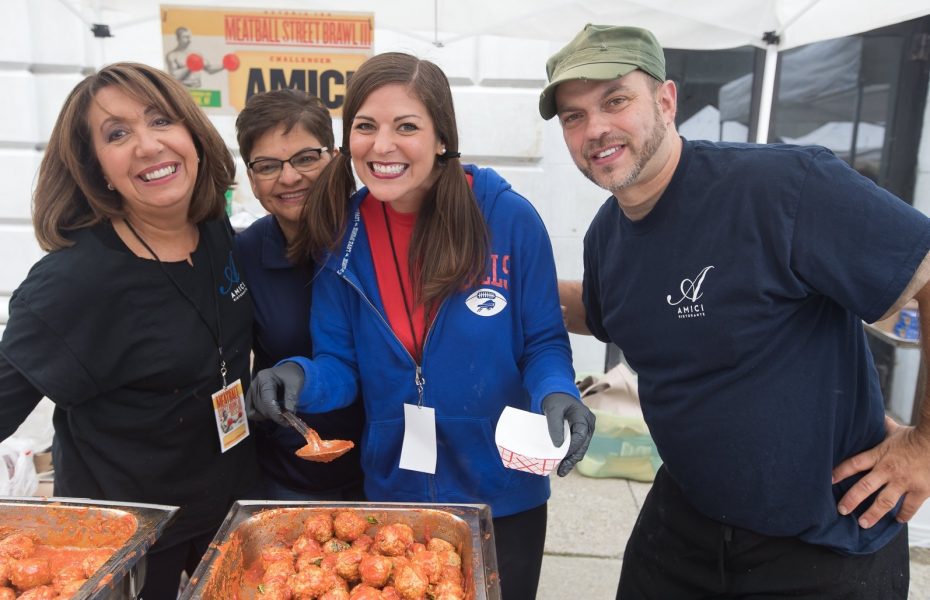 Amici Ristorante's booth is filled with smiles at the Meatball Street Brawl. (Chuck Alaimo/Special to The News) 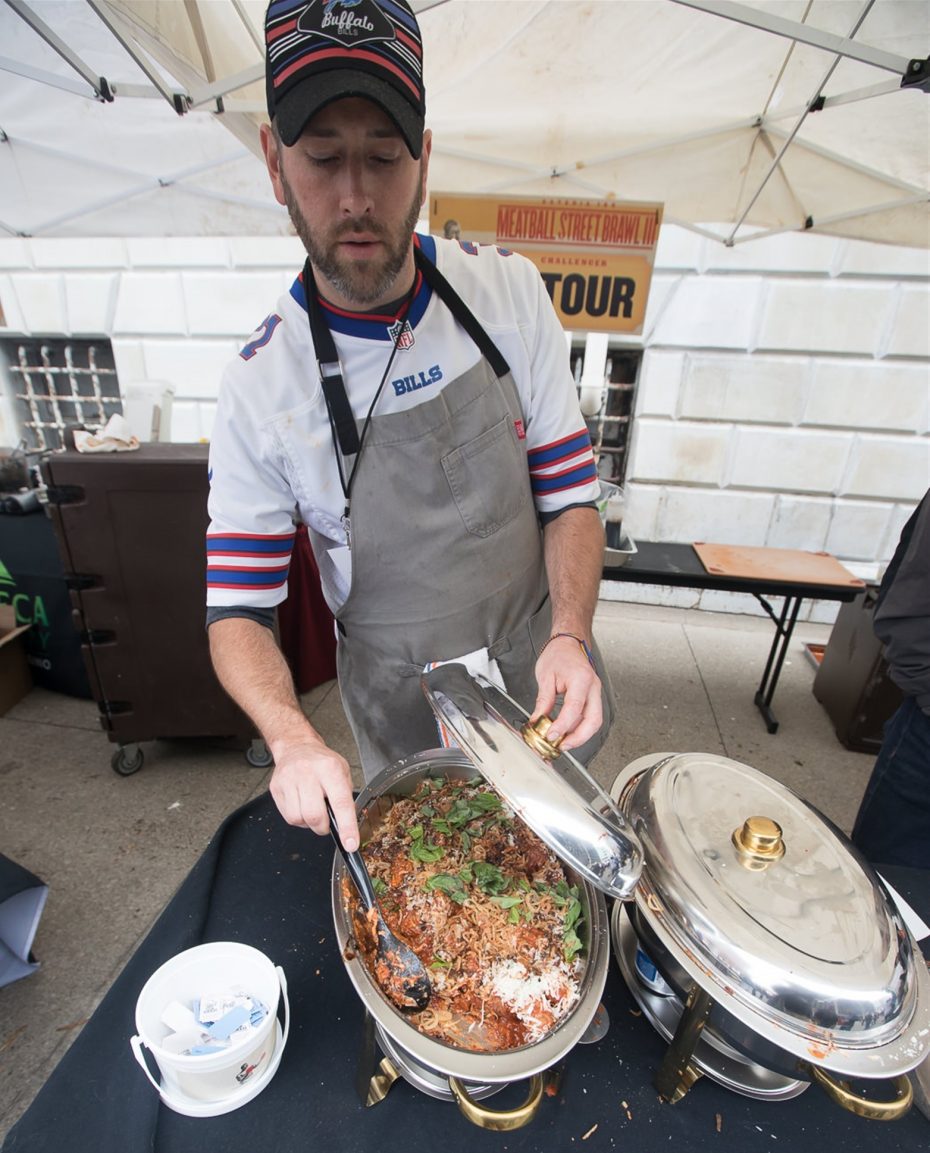 The scene at D-Tour Martini Bar's booth at the Meatball Street Brawl. (Chuck Alaimo/Special to The News)

Last year's winner of the belt awarded to the fan-favorite meatball, This Little Pig trotted out the same menu meatball that triumphed - an all-pork ball covered in Carolina barbecue sauce - as well as a Whale Ball, made from fried bologna, onion and Community Beer Works' The Whale, for its freestyle.

Their menu meatball was my favorite of the 10 or 12 different meatballs I tried.

When you’re a reigning Meatball Street Brawl champion, you let people know. This Little Pig isn’t changing for this year: Their menu meatball is covered in Carolina BBQ sauce, which is outstanding. pic.twitter.com/l9DYB5wgla