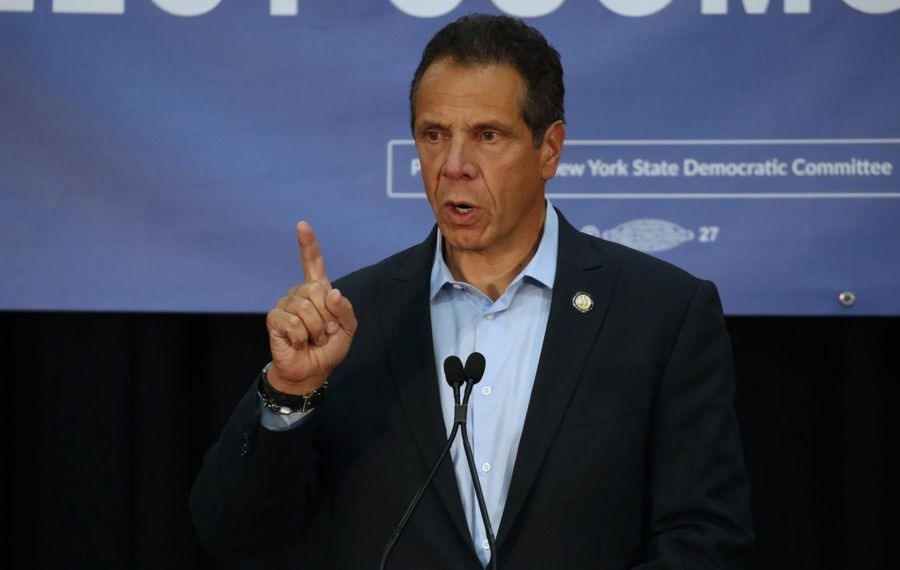 Gov. Andrew M. Cuomo – a scarce commodity in Western New York since April – was greeted with ovations in an appearance Monday at the Belle Center, three days ahead of the Democratic gubernatorial primary.

Cuomo, flanked by elected Democratic representatives and cheered on by about 300 party faithful inside the center's gymnasium, said nothing specific about the Buffalo Billion. Nor did he enumerate the projects it was touted to spur. But, the governor opened his remarks by observing how much had changed in the region – while avoiding taking all the credit.

“Buffalo is a different place than it was just a few years ago,” Cuomo said. “Jobs abound … most people are coming back. Wages are up. Home values are up. Hotels are going up in Niagara Falls. They said it couldn’t be done. You did it.”

"You give me another four years, you ain’t seen nothing yet,” he said.

The Democratic primary contest between Cuomo and activist and actress Cynthia Nixon for months has been heavily concentrated in New York City, where slightly more than half of the expected Democratic primary votes will come from on Thursday.

Such fly-around trips by statewide candidates at the end of a campaign are a common form of voter outreach.

But Cuomo’s opponents on the left and the right pounced on the governor’s visit to Buffalo, after months without visiting the state’s second-largest city.

Cuomo’s first visit to Buffalo in almost five months and only his second since last November prompted Republican gubernatorial candidate Marc Molinaro to promise he will conduct himself differently if elected. In a sign that the general election portion of the campaign slated to officially begin Friday may be already underway, Molinaro said the governor is keeping his distance from Western New York on purpose.

“He just shows up when he wants votes but not to answer tough questions,” Molinaro said. “I’ll be there even on the tough days.”

But his travels to the area dried up this year as two major corruption trials involving once close associates or political supporters of the governor played out in a Manhattan federal courtroom. In one of those cases, a jury found that a Buffalo businessman, Louis Ciminelli, along with Alain Kaloyeros, a former top SUNY official who Cuomo tapped to run big upstate economic development programs, were found guilty of rigging the bidding on the Buffalo Billion’s biggest project: the $750 million state investment in the solar plant at RiverBend.

Cuomo’s last trip to Buffalo was in April, and he had not traveled to the area since November prior to that.

Cuomo, during the rally on Monday in the center at 104 Maryland St. that started at around 5 p.m., did not address the Buffalo Billion by name. 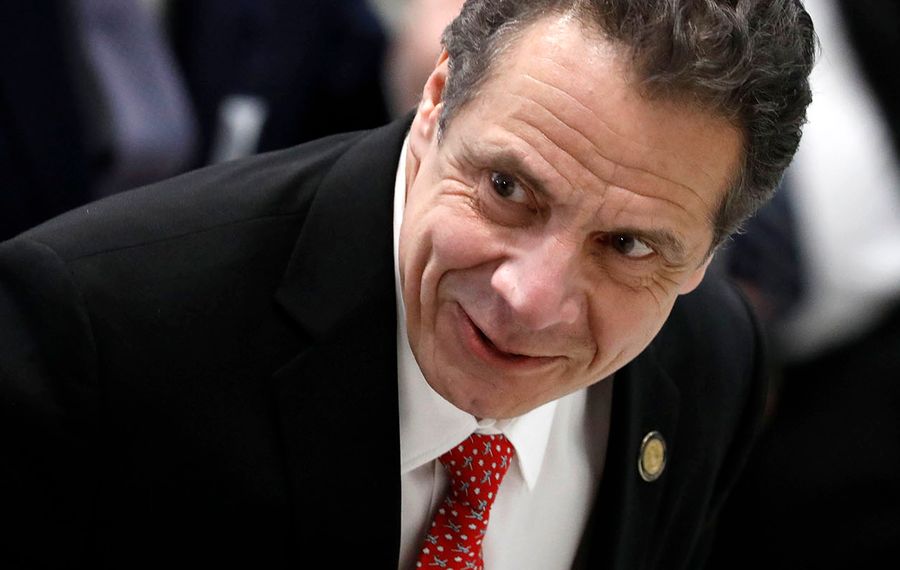 All spoke of the governor's attentiveness towards the Buffalo region and how that focus has assisted in changing the area's fortunes in recent years.

The governor's speech focused on the differences between Washington and Albany – as well as himself and President Trump – as much as it did the changing fortunes of the Buffalo region under his administration.

“This president has brought an attitude … to this country that is exclusionary, that is divisive, that is bigoted, that is sexist, that is racist, that is saying we’re going to take care of those who God has helped," Cuomo said. "The rich will do well, and the rest of you are on your own.”

“The middle class has been taking it on the chin for 20 years," the governor said. "It’s the working men and women who have taken it on the chin. And we’re going to stand up for the middle class, and that’s why we support the union movement 100 percent.”

Cuomo mocked the president's propensity for communicating many of his thoughts on Twitter. Trump “attacks me in speeches. He attacks me on Twitter, because he’s a big Twitter man. He likes to tweet. He’s a tough guy,” Cuomo said.

“He tweets a lot," Cuomo said. "He’d beat me at thumb-wrestling – but that is all he would beat me at.”

Molinaro, the Dutchess County executive, said he will be in Buffalo on Friday to kick off his general election campaign, but noted that in the face of corruption trials stemming from the Buffalo Billion economic development program, Cuomo remains unwilling to face reporters or even voters.

“Unless it’s good news or some ribbon-cutting, he doesn’t want to take responsibility or he forgets about promise that are broken,” Molinaro said. “That’s a character flaw more than anything.”

Nixon also used Cuomo’s whirlwind trip on Monday to Rochester, Syracuse and Buffalo as a chance to criticize her opponent.

Nixon has been to the Buffalo area four times since she kicked off her campaign April 25. She spent Monday in New York City and Westchester County. Her campaign would not say whether she planned to make any last-minute stops in Western New York.

A Siena poll released Monday found Cuomo comfortably ahead of Nixon, though the Nixon camp says it was taken before a series of bad headlines for Cuomo over the weekend.

Cuomo ran into some serious bumps in the closing days of his campaign, including a controversial mailer from the Democratic Party he controls implying challenger Cynthia Nixon is anti-Semitic and the partial shutdown of a $4 billion bridge just hours after Cuomo held a big ceremony hailing its completion.

On Monday morning, though, he got some good news: His re-election campaign has opened a larger lead over Nixon and he appears, if the numbers are correct, poised to sail to an easy Democratic gubernatorial primary win on Thursday.

The new poll by Siena College shows Cuomo with a 63-22 percent lead over Nixon, who still draws either a “don’t know/no opinion” response from 25 percent of likely Democratic voters when they were asked for their opinion of her.

Cuomo is leading in all parts of the state and with every major demographic group, according to the poll.

The winner of the Thursday’s primary will face a multi-candidate field in the general election, including Molinaro.