CHERRY CREEK — When Rex Butcher gazes down from the top of Cockaigne Resort, he sees the future taking shape.

A new ski lodge is rising out of the ground. A new stage was built for musical acts. Pieces of ski lift chairs are lined up in neat rows, awaiting assembly.

Cockaigne is reawakening in Chautauqua County, seven years after a fire forced the ski area to shut down. Locals questioned what would become of the picturesque place, as one winter of inactivity followed another.

Now there is an answer.

Butcher, the majority owner and CEO, and his partners, Adam Pirtz and Isaac Gratto, have launched a $6.2 million comeback. Skiing and snowboarding will return, starting this year. But the new owners want to make Cockaigne a year-round destination, not dependent solely on a precious few winter months.

"This place won't survive just as a ski resort. It just won't," Butcher said. "You have to have a true, four-seasons resort where you're having events throughout the year." An immediate example: Cockaigne will host a Brewgrass Festival, Sept. 14-15 , including singer Ricky Skaggs.

Butcher, a local native, has fond memories of skiing at Cockaigne. He and his future wife started dating there. But Butcher also understands the resort's larger impact.

"For the community, it really was a sense of pride, and that's what we're trying to bring back," he said. "The buzz in the community is, 'We've got Cockaigne back.' " 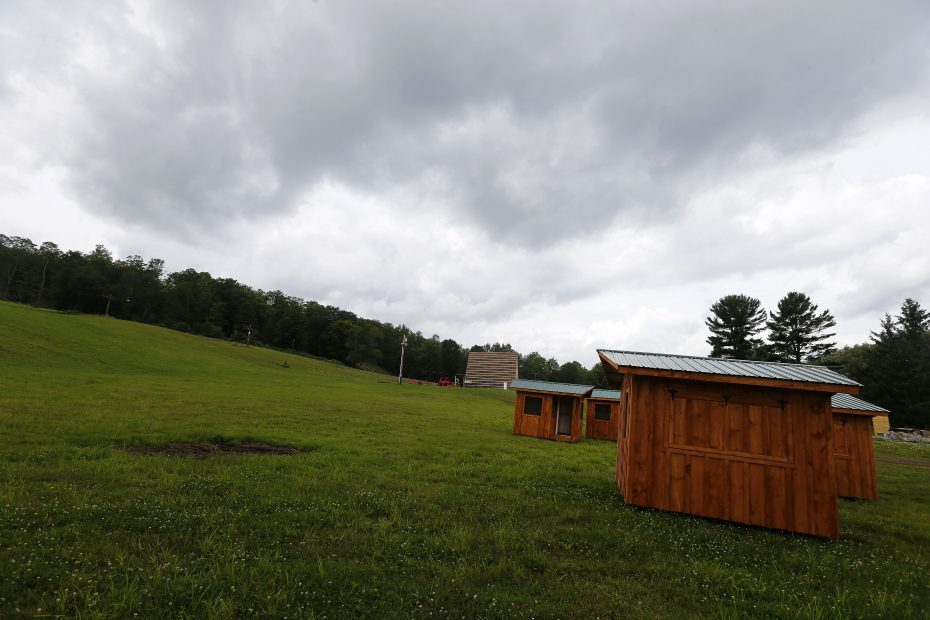 To grasp where Cockaigne is headed, it's worth recalling where the ski resort came from.

Cockaigne, less than a 90-minute drive from Buffalo, started operations in the winter of 1966. Its centerpiece was a ski lodge built as the Austrian Pavilion for the World's Fair in New York City in 1964.

For four decades, Cockaigne attracted skiers from Western New York, as well as Pennsylvania and Ohio. School ski clubs and organizations were among its regulars. Families enjoyed the intimate atmosphere.

"A great place to learn how to ski," Butcher said.

The resort was renowned for its abundant natural snowfall, thanks to its location in the Chautauqua Ridge.

Everything changed for Cockaigne in January 2011, when a fire swept through the signature ski lodge. Cockaigne was able to finish the season with a tent as a makeshift lodge and donated equipment. 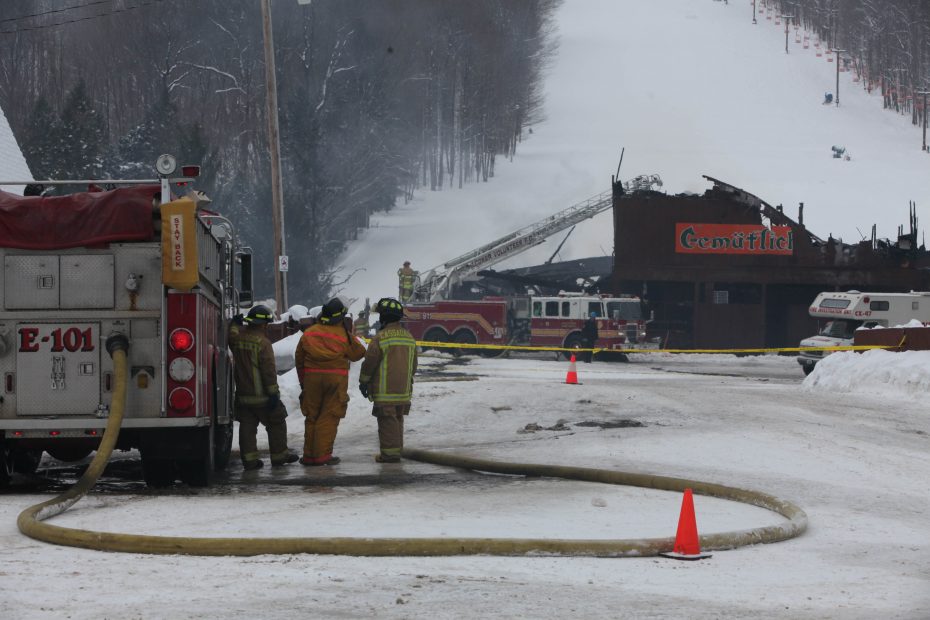 But the owner, Jack Van Scoter, called it quits after that season. He didn't have insurance on the ski lodge, and other buildings on the property were vandalized the following summer. At 82 years old, Van Scoter wasn't inclined to rebuild.

Families who had made a habit of skiing there had to go elsewhere. After the shutdown, a Facebook group called "Rebuild Cockaigne" popped up.

"Over the last seven years, it had great support," said Julia Anderson, a Cockaigne marketing official. "Once the news finally broke that we were reopening, there's just been a flood of people excited."

Pirtz and Gratto put revival plans in motion about three years ago. The two had worked together at Peak'n Peak, another ski area in the county. Pirtz and Gratto had never skied at Cockaigne, but they recognized an opportunity in an industry they were experienced in, and reached an agreement with Van Scoter to acquire 425 acres.

"I've been a skier all my life," said Gratto, who lives in Sherman. "I saw this place was closed and wanted to bring it back to life. It's a shame to see a ski area go out of business."

Pirtz and Gratto held a public meeting to discuss their plans. Butcher and his wife attended. "We listened to their spiel and I talked to them afterward and basically said, 'If you really want to make this happen, I can make it happen, so let's start talking,' " Butcher said. "Between those discussions, we were able to make it happen."

Butcher brings a business background to the venture. He is a chemical engineer who used to work in the petroleum refining industry with a company called Northern Tier Energy. Butcher specialized in mergers and acquisition analysis. Northern Tier Energy was sold in 2013. 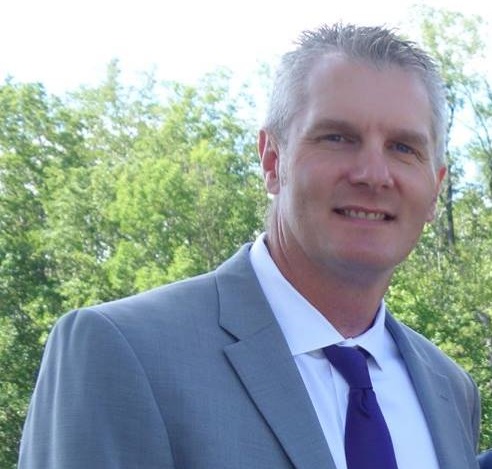 The Cockaigne revival plan includes many new features, like a 10,000 square foot lodge with room to add a second story if necessary, and a stage next to it. The new owners are also fixing up some of what was left behind, like the ski lift towers that will be repainted. Cockaigne bought snowmaking machines, groomers and rental equipment from a closed ski area in Connecticut.

Local contractors are handling projects at the site wherever possible, Butcher said.

"It's really a nod to trying to bring business back, bring that community renewal back into it," he said.

The reopened resort will have 18 ski trails, along with a tubing hill. One of the new trails will be a terrain park, a step toward expanding Cockaigne's audience.

"We're looking to do something that we want kids to get into and want to come to, to learn how to do the slopestyle, the freestyle skiing," Butcher said.

Pirtz said he is receiving positive feedback in the industry about Cockaigne's comeback. His ideas are helping shape the terrain park. "It's inspiration from a daily walk in the park to being at a large resort out West. It comes from everywhere. It's in your blood." 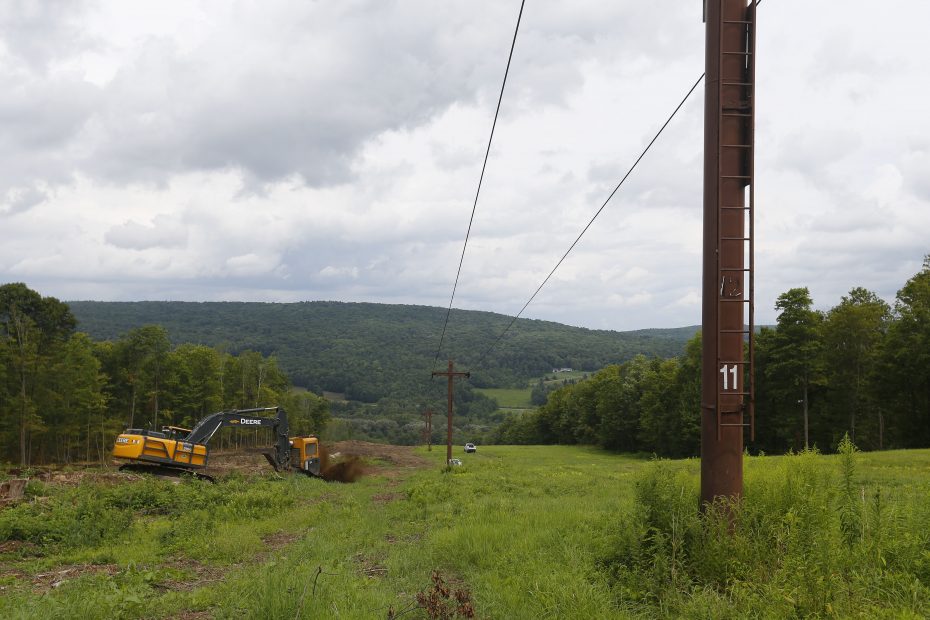 The new owners want to recapture what made Cockaigne popular while broadening its appeal. Several years have passed since the ski resort operated, so they are working to put the property back on the map, amid other choices like Peek'n Peak, Holiday Valley and Kissing Bridge. The same goes for drawing visitors to events like music festivals.

"We've got make them want to come," Butcher said. "Our entire business plan revolves around making Cockaigne a destination. We're trying this phased approach where we've got activities that people want to come for, prove it's worth the drive, it's worth coming."

Butcher sees Cockaigne as a drawing card for snowmobiling, which he calls an "undersupplied market" in the region. He wants to link up with the snowmobile trails in Boutwell Hill State Forest, just across the road.

"Boutwell has some of the best snowmobiling in New York state outside of Tug Hill in the winter, because it's always got snow," Butcher said.

Once Cockaigne re-establishes itself, the owners have other plans they want to act on. They picture adding lodging, perhaps for RV and tent camping with utilities, or even townhomes. Butcher sees the top of Cockaigne as an ideal spot for a ski-in/ski-out hotel someday.

Cockaigne's return is meaningful to George M. Borrello, who grew up in Fredonia.

"That was our ski resort," said Borrello, now the county executive. "That's where we went as kids and in high school."

Borrello sees strategic value in its revival, by creating another destination for visitors.

"It connects the north county to the south county when it comes to things like our snowmobile trail, and other things that would build more activity, especially around winter sports," he said.

When Cockaigne was closed for several years, locals wondered whether it would ever come back. The closing was particularly worrisome for businesses in the Cherry Creek area, which benefited from their proximity to an active ski area, Borrello said. He credited Van Scoter with following through and selling the property to new owners to give it new life.

While the southern end of the county has Peak'n Peak, Borrello thinks it's beneficial to have a ski area in the northern end, too, to increase the county's appeal to visitors who travel from farther away. "When it comes to tourism, I believe in critical mass. Having just a single destination point isn't going to attract enough people."

Peek'n Peak in Clymer was bought out of bankruptcy in 2011, but didn't shut down during its transition to new ownership.

The county's Industrial Development Agency is supporting Cockaigne's revival with a $500,000 loan.

Cockaigne's owners are focused on preparing for the ski season. Butcher and his partners understand the scope of what's ahead of them, before the snow starts flying. Cockaigne's new logo is fitting: a phoenix — the mythical bird that rose from the ashes — against a snowflake backdrop.

"A lot of work yet to do, a lot of work's been done," Butcher said. "We have a plan, we have a schedule. Now it's just, execute, keep working at it."