My son lives in a suburb of Los Angeles, which contains one of the largest populations of homeless people in the United States. Is it because the weather is good most of the year? Is it because the cost of living is very high there as compared to a smaller city such as Buffalo and people fall on hard times quickly? I don’t know ... people who move to California to seek their fame and fortune soon realize it costs a lot to sustain yourself there.

Housing, food and other necessities cost much more there; many residents live paycheck to paycheck. Many of the homeless there are mentally ill, sick or drug-addicted, but a great number of people are just like you and me; they have fallen on hard times, often with circumstances out of their control.

They find themselves unable to pay the rent or mortgage because of life circumstances, loss of a job or illness and are living on the street or in their cars sooner than later.

The City Mission in Los Angeles serves thousands of people and takes up a city block. They have fundraisers throughout the year to obtain money to house, educate, train and help the homeless back into the mainstream of life. 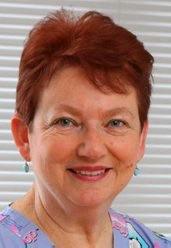 My son works for a man, Norman Harris of Norman’s Rare Guitars, who has done very well in business and shares and gives to the homeless population, regularly helping out at these fundraisers, every year donating time and money to the cause.

No matter how successful we are in our daily lives, we all are but one step away from being homeless. All it takes is a loss of money or job, catastrophic illness or conditions out of our control to put us in this position.

Most people do not choose to be homeless, living from park to street corner to shelter, which is a common sight in many big cities. These people, families and individuals deserve our respect and consideration as much as the next guy and should not be looked down upon. Many are previous professionals, veterans, mentally ill, etc., who once led lives just as you and me.

Homelessness is a terrible problem in not just our country but many others as well. Over the years we have made many trips to Los Angeles to visit family and friends and we still can’t get used to seeing people napping on street benches in the middle of the day or setting up tarps on sidewalks at night to take shelter.

It has taught us many lessons, in particular, not to get too attached to possessions that are meaningless in comparison to good health and happiness and good fortune.

Possessions can’t bring you good health, happiness and real friends, the things that really count. If you spend a little time walking among the homeless you will soon realize that life and happiness are fleeting; learn to enjoy each day that is truly a gift and be thankful for the little things that come your way.

If possible we must try and find some small way to give back to our community, either with volunteering, donating your time, money or simply sharing a kind word with someone down on their luck. It will raise the spirits in all of us.

Judith Whitehead, of Amherst, is grateful for the roof over her head.