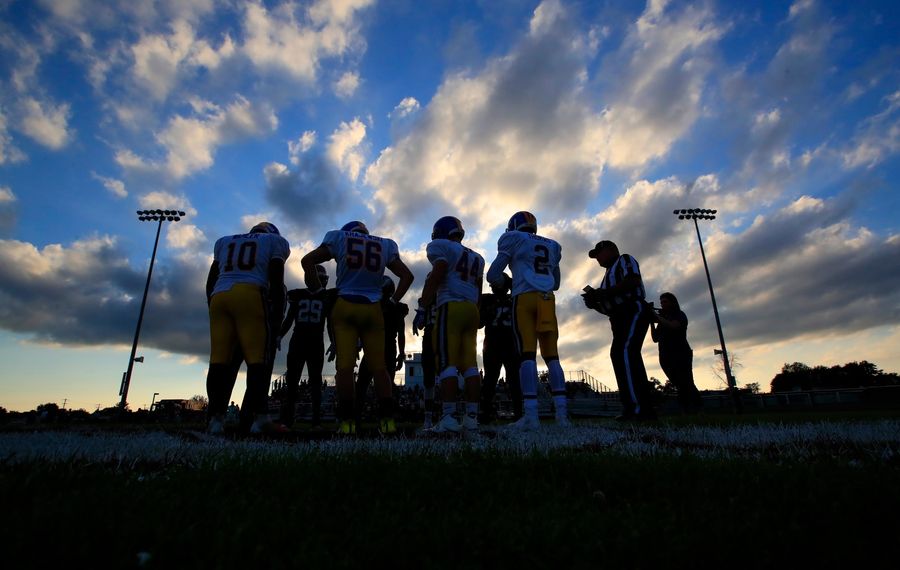 Long before they were playing in front of 70,000 fans a week, “Friday Night Lights” was the biggest stage for members of the Buffalo Bills.

Recently, as part of the NFL’s “Play Football” campaign, five members of the Bills sent out messages of good luck to their former high school teams, with the hashtag #LetsPlayFootball. A league-wide campaign, the “Play Football” initiative celebrates youth and high school football and aims to shape the experiences of participants, coaches and ambassadors who promote the values of the sport. It’s designed to unite the entire football community, from Pop Warner to the pros.

Here’s a look at who participated from the Bills, and why they felt compelled to do so: 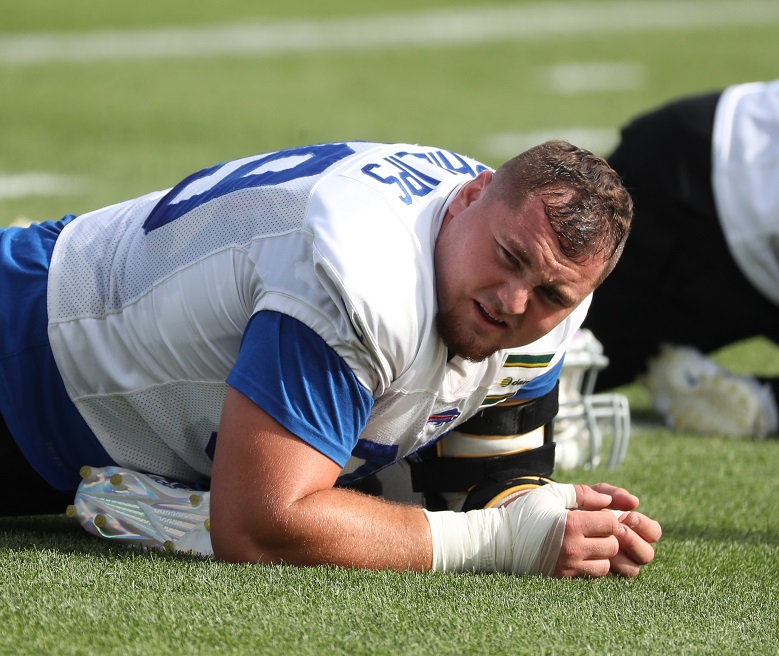 Looking back on his high school football days in Omaha, Buffalo Bills defensive tackle Harrison Phillips (99)  says: "I wish I could go back and have one of those nights again.” (James P. McCoy/Buffalo News)

Phillips was the 2013 Gatorade Nebraska Football Player of the Year for Millard West. As a senior, he had 106 tackles, 29 tackles for loss, 14.5 sacks and 11 forced fumbles, leading his team to an 11-2 record, a district title and a trip to the state semifinals.

“One of the things that's the most special about high school football is the kids you grew up with,” Phillips said. “Some of my teammates, I went to elementary school with. Those are the people who I was with when I was introduced to the game and then started chasing this dream. In your brain, at that time, you think that's the end-all, be-all. It's hard to see into the future at that time. Every day is the most important day ever. To have that goal of trying to win a state championship, build that camaraderie with the guys, it was a fun ride.”

Phillips was also a state champion wrestler, but the team aspect of football is something he fell in love with.

“Friday nights after the game, obviously better times after a win, but there would be six, seven or eight of us and after a win or a loss, we'd go over to somebody's house,” he said. "Maybe we’d barbecue, just relax and talk about the game – funny things that happened or plays we wish we could have back. I wish I could go back and have one of those nights again.” 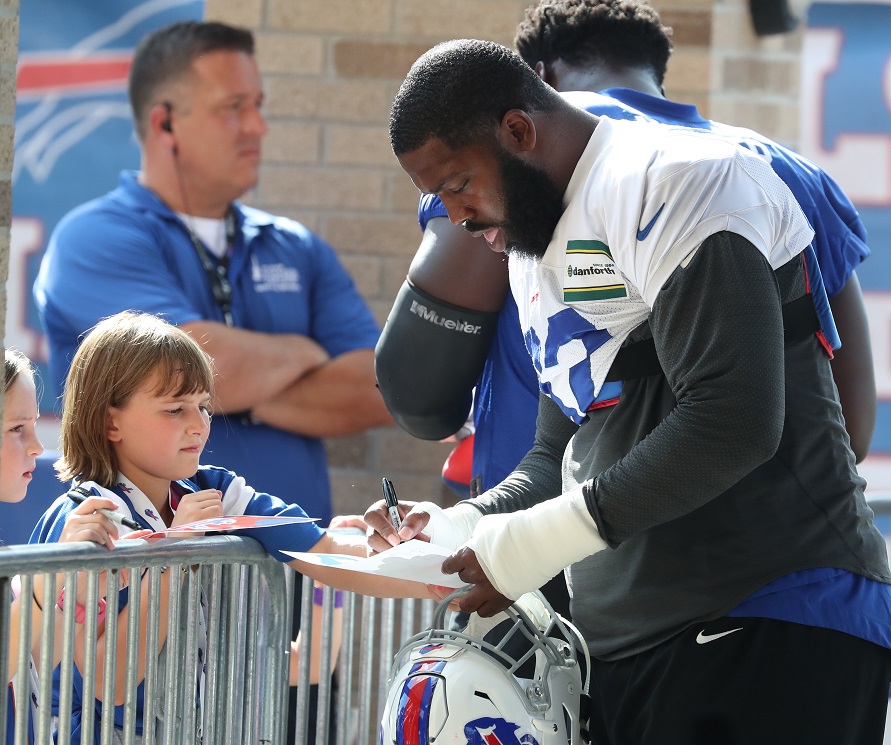 Buffalo Bills offensive tackle Dion Dawkins (73) signs autographs before the start of the first day of training camp at St. John Fisher College in Pittsford. His memories of playing for Rahway High School "mean the world to me." (James P. McCoy/Buffalo News)

“Those memories mean the world to me,” he said. “That's what got me here. Being with your brothers, playing with your friends, there was nothing like it. It was the most fun time of my life, just playing ball.”

Dawkins is happy he can now serve as a role model for the players who have followed him into the program.

“Anything is possible,” he said. “Coming from Rahway, most kids don't make it out. For me to be somebody they can look up to, I take that personal. I'm happy to be that person.” 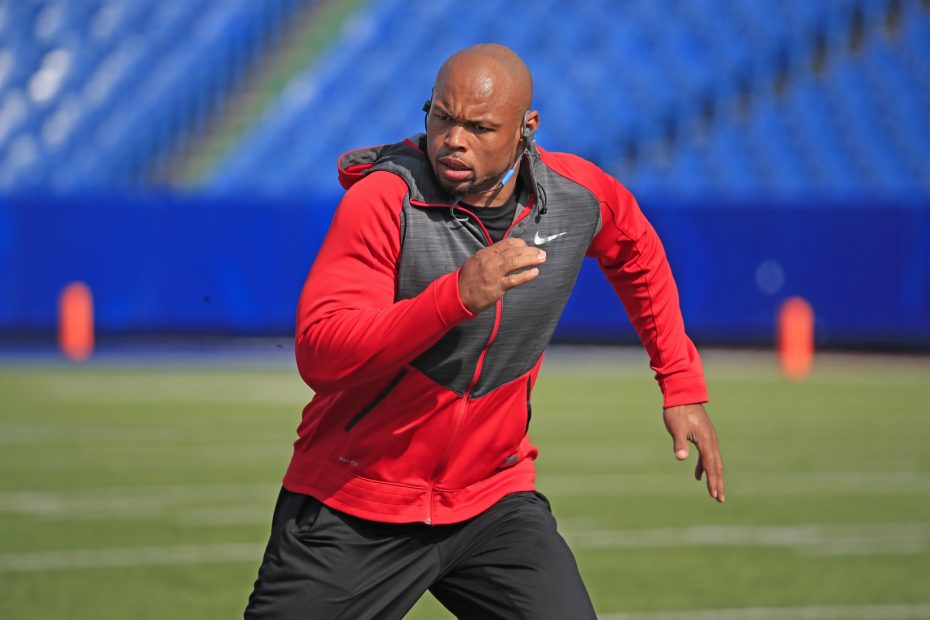 Buffalo Bills Lorenzo Alexander played high school football for St. Mary's High School in Oakland, Calif., and his uncle was the coach.  “We had to play on Saturdays because we didn't have lights,” he said. (Harry Scull Jr./The Buffalo News)

Alexander was a SuperPrep All-America as a senior, ranking as the No. 7 defensive line recruit in the country. He was also chosen to play on the California state all-star team vs. Florida. He finished his senior season with 120 tackles, 17 sacks, 25 tackles for loss, five forced fumbles and three fumble recoveries.

“Really just to enjoy it,” Alexander said of his message to kids at St. Mary’s today. “It lets kids know that guys can come from anywhere and everywhere and make it to the NF”L. ... I haven't been in high school since 2001, so half the kids probably don't even know who I am, but by me tweeting that out, they may see it and say, 'OK, he went to our school.' Hopefully it gives them a sense of school pride.”

Alexander’s coach in high school was his uncle, Steve.

“We had to play on Saturdays because we didn't have lights,” he said. “It was a grind. I went to a small, private school and we had only 20 or 25 guys, so we were playing both ways. Going through all those trials with that old-school mentality brought us together. That's the thing we always remember when we get together in the summer. It's not so much even the games, it's the experiences we had working out and training.

“It's been a long journey. I don't think I ever pictured myself playing this long, but when I look back and take the time to reflect, I realize every place I was at – starting in high school – played a huge part in building that platform I'm able to stand on today and still be able to play at 35.” 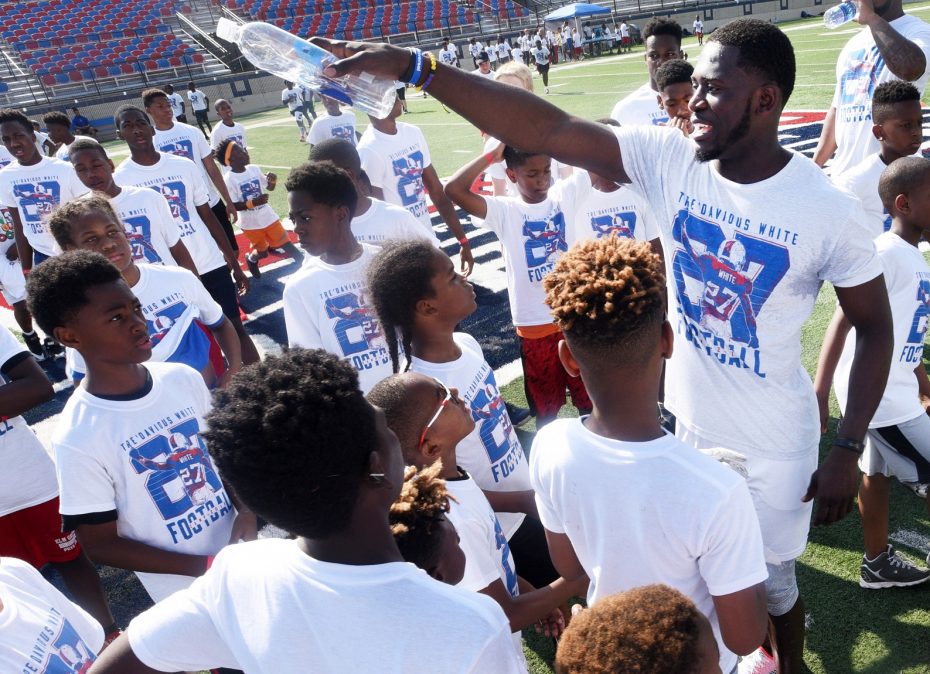 Buffalo Bills defensive back Tre'Davious White talks to kids during his football camp in Shreveport, La., in June. When he goes home, his mother likes to play his highlight tapes from high school. "We'll be sitting in the living room and we pop it in and reminisce on the old times, how she used to act a fool in the stands.”(Photo courtesy of Henrietta Wildsmith/Shreveport Times)

White grew up on the Cooper Road in Shreveport, an area that many kids aren’t able to escape. White did that by becoming one of the top cornerback prospects for the Class of 2013. He was a five-star recruit as the nation's No. 2-ranked cornerback and No. 9-ranked prospect nationally regardless of position by 247Sports, and was rated a five-star prospect by Rivals.com and listed as the nation's 18th-best overall prospect and No. 4 cornerback.

“I try to always let those guys know that I'm thinking about them,” White said. “I'm always trying to hear great things about how they're doing. Hopefully that will get them a little bit pumped up, with some recognition. I never forget where I come from, so I just wanted to prop those guys up. I want those guys to do well.”

White found out recently that Green Oaks will soon retire his jersey.

“That’s definitely a big deal,” he said. “Whenever you have success, you should try to motivate others to do great things also. … No matter where I am, I always remember where I come from.”

Green Oaks didn’t have a field of its own, so it was forced to play home games at a nearby school. Sometimes, the team wouldn’t be able to practice on the field it did have because neighboring horses had made a mess of it. White, though, looks back fondly on his time there.

“You didn't have to worry about anything,” he said. “You'd go to school – eat for free – you don't have to pay any bills. You just had to make good grades, make your parents proud and just try to compete on Fridays or Saturdays. My life has changed since that, but it's something I always look back on. My mom, she has all my highlight tapes from high school, so any time I get back to Louisiana, we'll be sitting in the living room and we pop it in and reminisce on the old times, how she used to act a fool in the stands.” 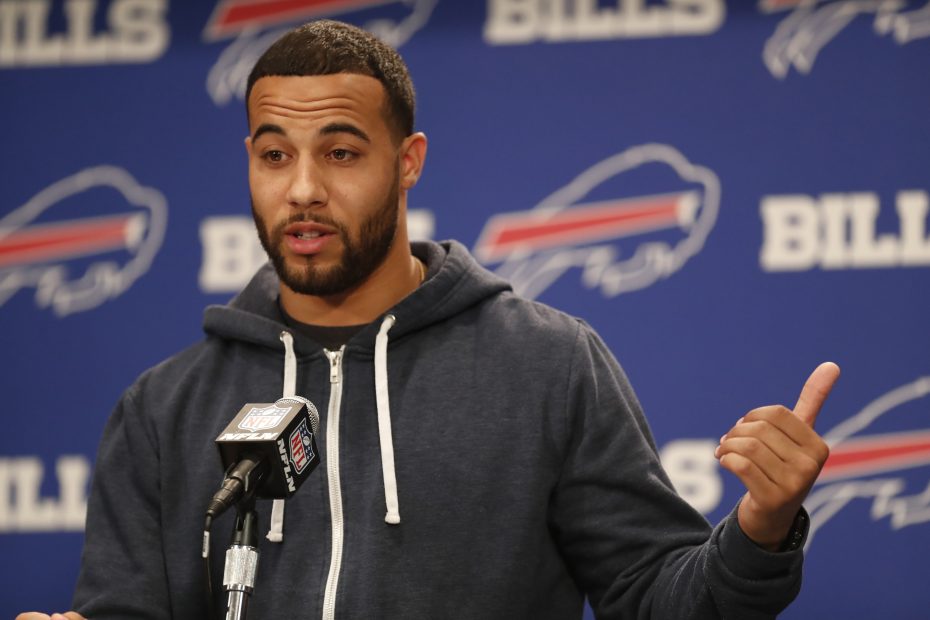 "That's where it all started," says Buffalo Bill Micah Hyde of playing football in high school. "It's your childhood friends you grew up with, and it seemed like every Friday night was the Super Bowl." (Harry Scull Jr./Buffalo News)

Hyde was first-team all-state selection as a senior quarterback. He was a three-time all-NorthWest Ohio selection, including first team as a junior and senior, and earned six all-conference honors as quarterback, defensive back and place kicker.

“That's where it all started,” he said. “Friday Night Lights, everyone has been through that to get to this level. It's your childhood friends you grew up with, and it seemed like every Friday night was the Super Bowl. You're in school all day, then you go out there on Friday night and let loose. Hopefully that gave them a little motivation to go out there and play a little harder.”

Hyde was a three-year team captain in high school, also lettering in basketball and baseball. He holds 17 school record on the football field, totaling 165 tackles, eight interceptions and seven passes defended at cornerback. He also had 549 rushing attempts for 3,443 yards and 46 touchdowns and completed 606-997 passes for 7,864 yards and 65 touchdowns. He also made 108 extra points.

“It puts things in perspective,” he said. “It makes you cherish the moment we're in right now. When you're in high school, you just dreamed of a chance to go to the NFL. It's a humbling memory and makes you cherish what you have now.”