The FBI is offering a $25,00 reward for information leading to more arrests in this summer's shootings on Grape Street that left a grandmother and her grandson dead.

"The FBI and Buffalo police believe that there are additional people responsible for the Grape Street homicides on July 2 and they are seeking people to come forward with information," said Maureen Dempsey, a spokeswoman for the FBI Buffalo office.

Officials said the reward is one of the biggest ever offered in a Buffalo homicide case.

Law enforcement officials asked anyone with information about the incidents to call 716-856-7800 and press 0 to speak with an FBI agent.

Earlier this week, authorities announced that Kenyatta Austin, 25, of Buffalo was indicted on murder charges in connection with the Grape Street homicides.

The city had previously offered a $4,000 reward for information leading to arrests in the shootings. 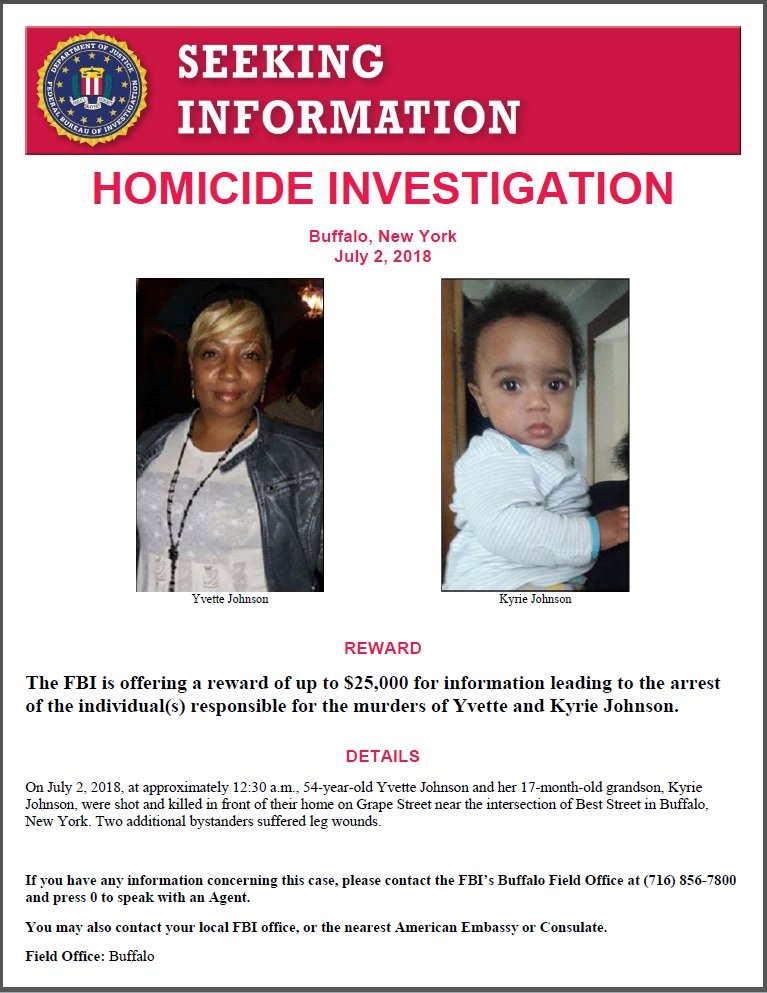