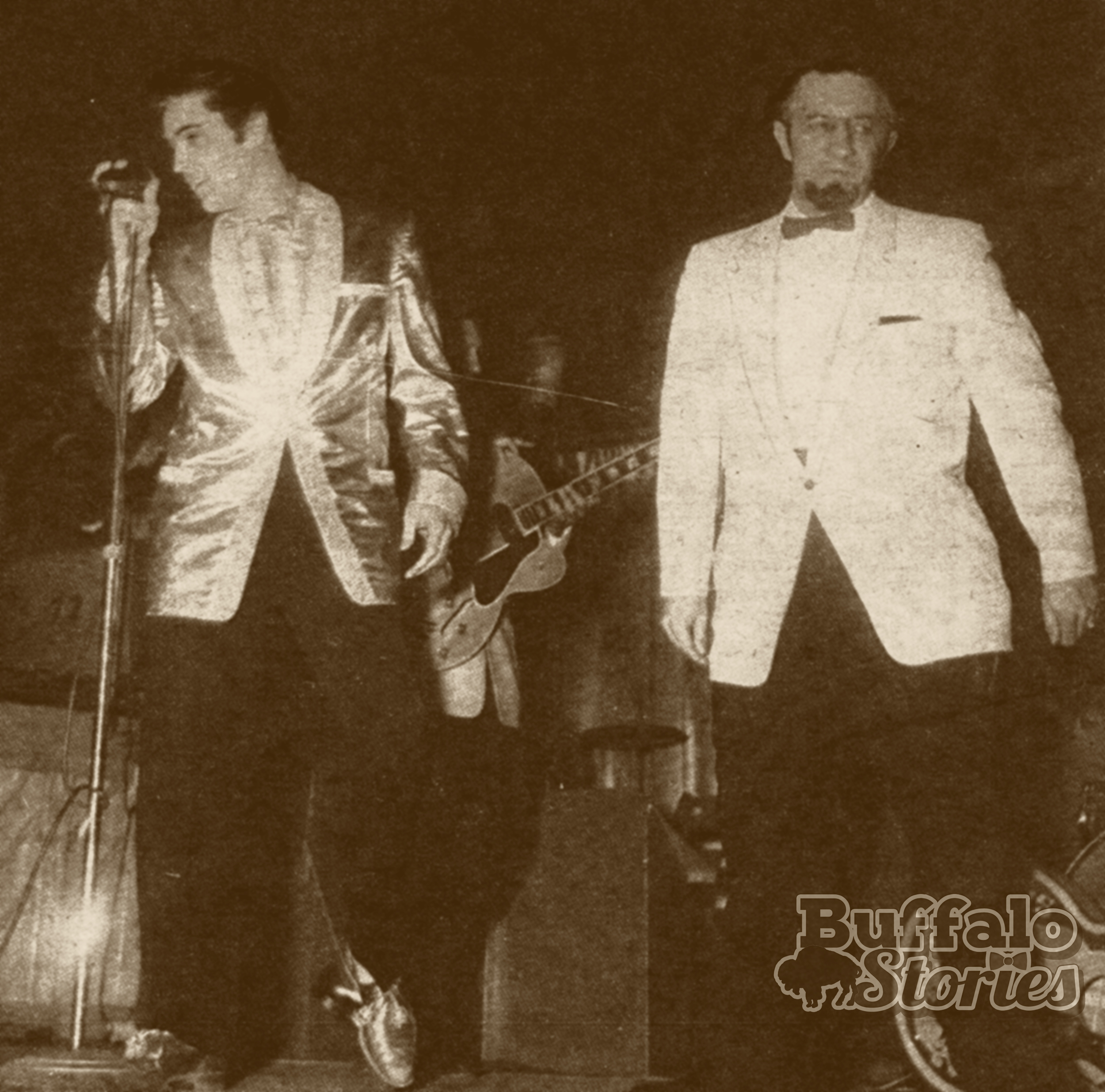 When his voice came through the speaker on your radio, you knew you were hearing something you weren't going to hear anywhere else. He was rock 'n' roll even before the phrase rock 'n' roll existed.

"The Ol'man," as he often called himself on the air, was an unlikely hero of Buffalo teenagers, but for George "Hound Dog" Lorenz, it was about the music, and bringing rhythm and blues music — and rhythm and blues culture — to a wider audience.

"The Hound" was the Godfather of rock 'n' roll radio, not just in Buffalo but around the country.

As a teenager working at a gas station, his first radio job came as an actor in dramas in the late 1930s. He got the job "because of his ability in imitating various dialects," the Courier-Express reported, adding that he'd "often been cast in the role of the slicker in the racketbusting plays."

A decade later, he was doing his Hound Dog routine on Niagara Falls' WJJL. By the mid 50's, Lorenz's hip daddy style, and the fact that he was spinning soulful records from the original black artists — not the sanitized crooner re-sings heard elsewhere on the radio — made him an institution.

It went beyond the records. Events promoted by Lorenz usually included black and white artists playing together at a time in the mid-50s when that wasn't always the case. Those audiences were also mixed racially. 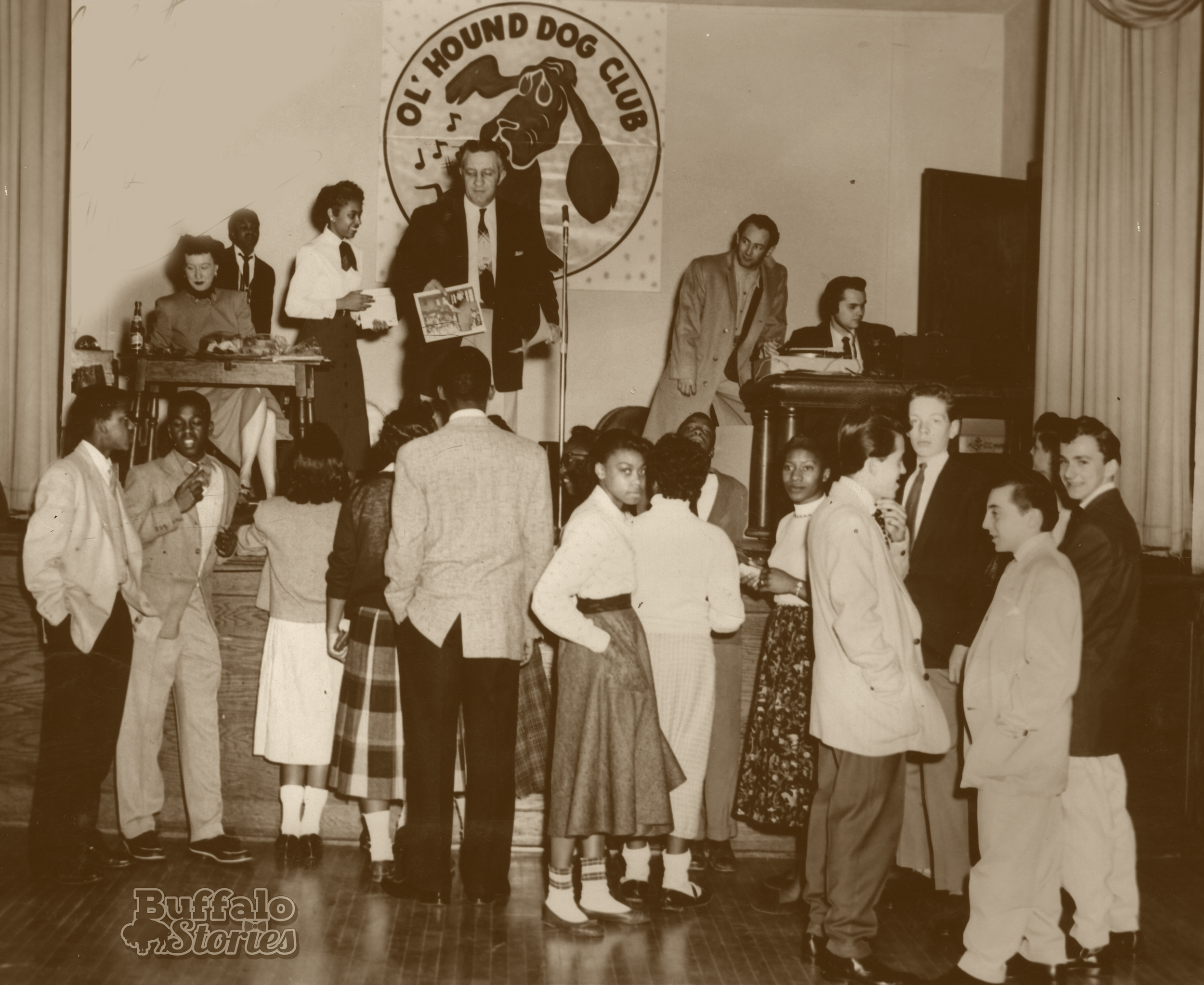 A Hound Dog record hop, with both black and white teens in attendance. Betty Shampoe is seated on the stage to the left.

Lorenz worked at a handful of smaller Buffalo stations before being picked up by 50,000 watt WKBW Radio in 1955. It meant that his show, with its different approach to music and to the way human beings relate to one another, could be heard all over the eastern United States and Canada.

Ironically, the man who introduced Elvis at Memorial Auditorium was out at KB when the station went rock ‘n’ roll full-time in 1958. Lorenz wanted nothing to do with a Top-40 format, and was known to give the time and temperature at the beginning of his show, and told listeners to "set their clocks and thermometers, because that was the last time they were going to hear that for the next four hours." 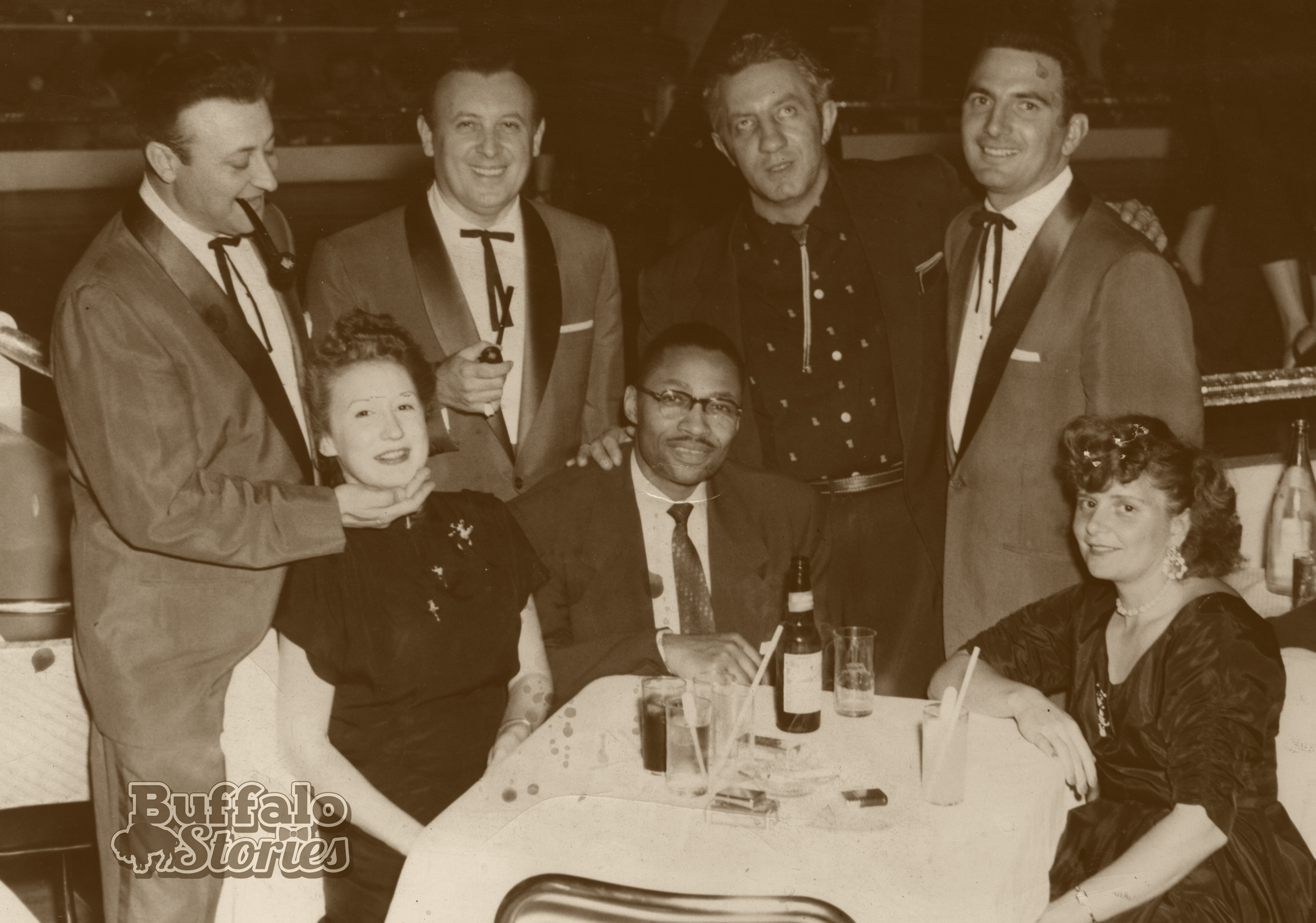 The Hound and the Three Suns. The late Betty Shampoe, who collected these photos is seated to the left.

While inspiring many of the changes that came to KB and many other stations around the country, the Hound stayed true to his style and founded WBLK Radio, where he continued to uncover and spotlight new rhythm and blues artists in Buffalo and to a syndicated audience around the country. 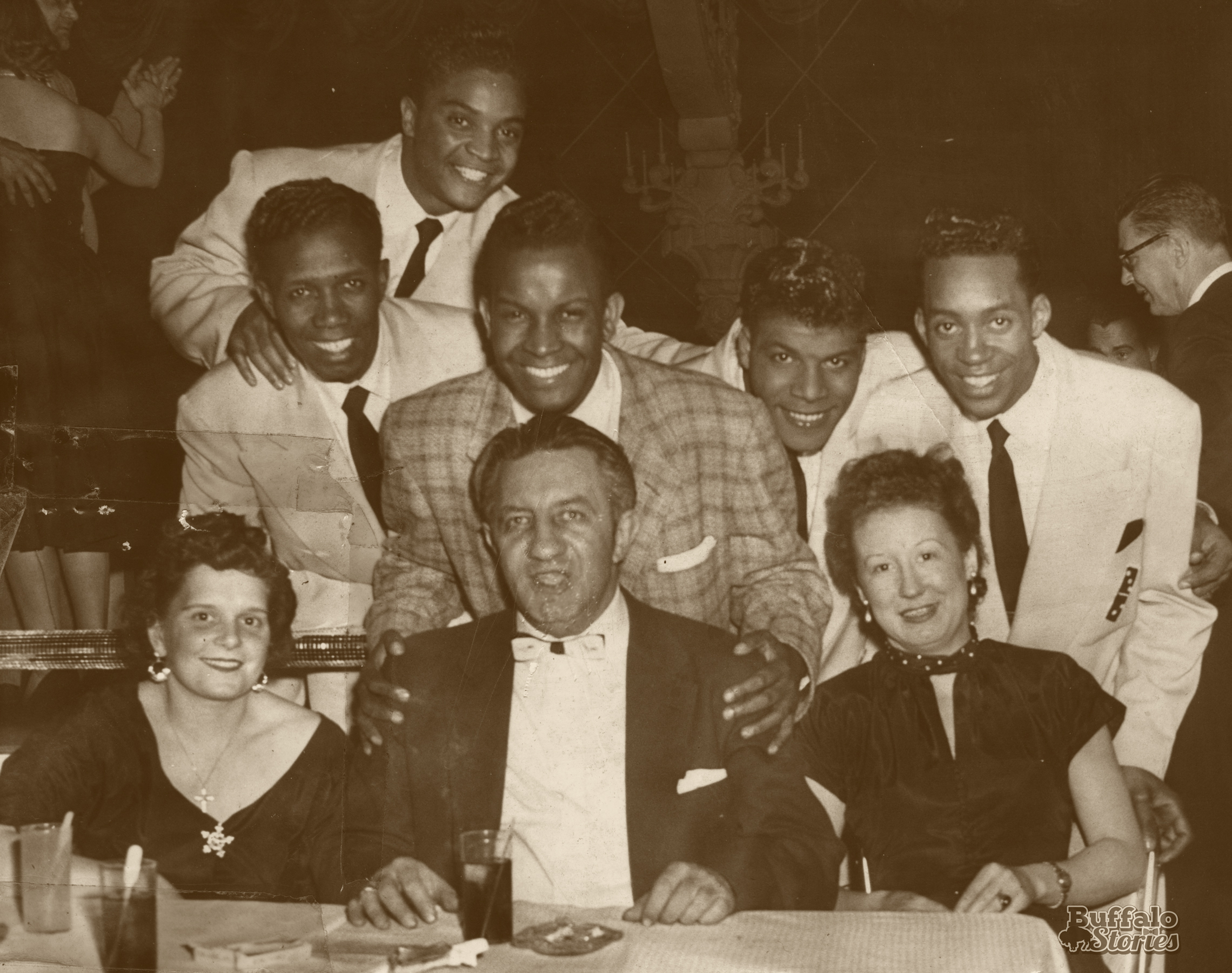 These photos are from the collection of Betty Shampoe, who worked with Lorenz. Her grandson would love to hear from anyone who remembers "digging" any of the artists her grandma is pictured with here when they joined The Hound in Buffalo in the 1950s.