Commentary: For once in the world of wings, size doesn't matter. Every wing vendor participating in the National Buffalo Wing Festival Saturday and Sunday is supplied the same drumsticks and wings; the only difference is the quality of the sauce and how/if they're grilled or fried on-site.

While promotional bluster centered on a vendor coming from London, England, it's not exactly a city known for wing greatness. Prove us wrong, Sticky Wings!

The News' Francesca Bond wrote about the blue-cheese bobbing competitions (the pictures from last year are pretty nuts), and WYRK reported Buffalo's Jason Tartick, who finished third on "The Bachelorette" this summer, will be on the scene. We're sure he won't be surrounded by adoring fans (beside The News' Alan Pergament). 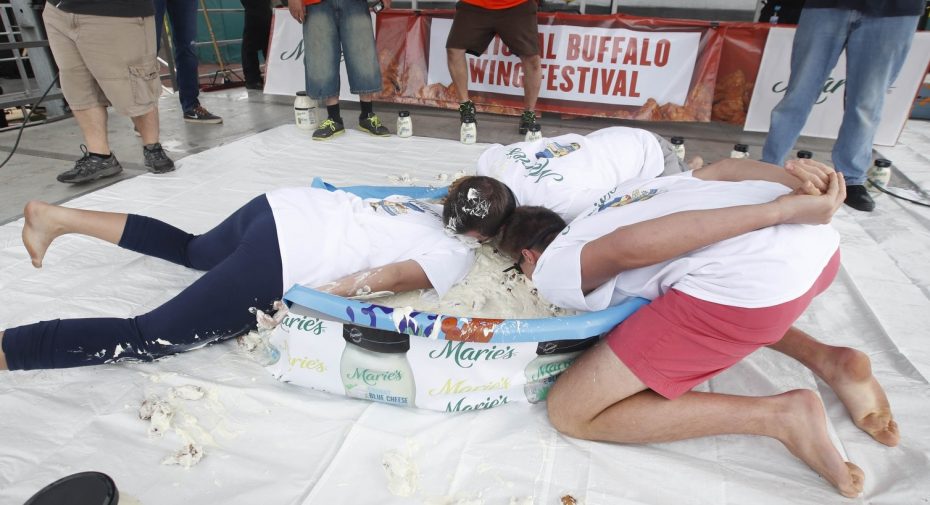 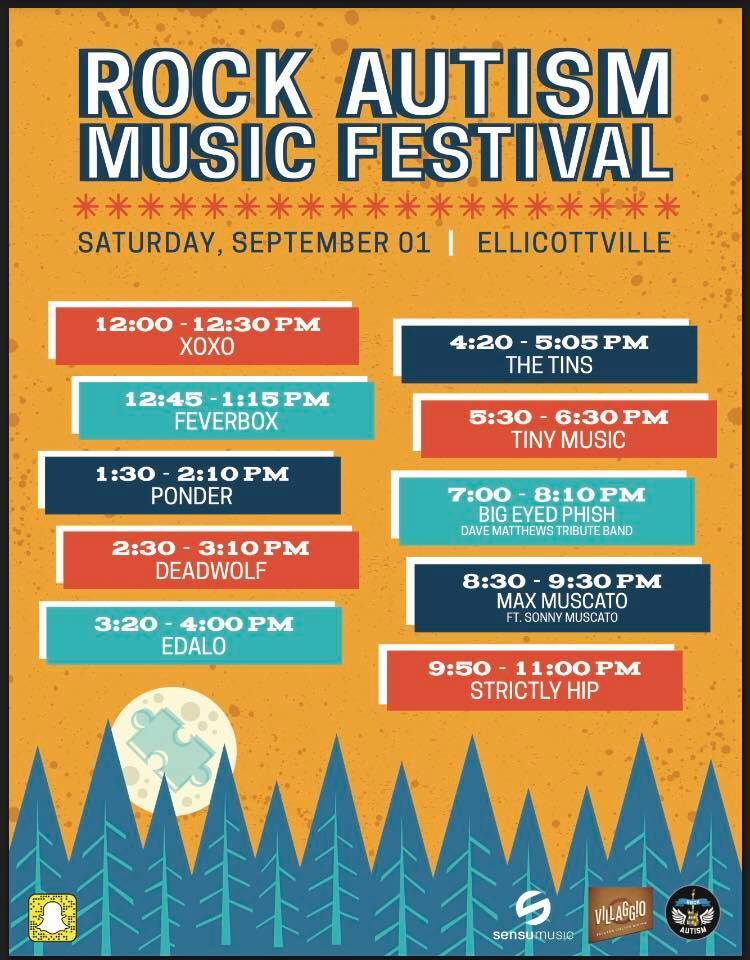 Commentary: After more than 20 local gigs to raise money and prepare for the inaugural Rock Autism Music Festival, local musician Max Muscato nears the culmination of the first year of his musical charge against autism, which hits home through his brother Sonny's struggles.

Ten bands - ranging from headliner Strictly Hip to other recognizable names such as The Tins, Deadwolf, XOXO Pop Band and Muscato himself - are spread across the 11 hours in Ellicottville.

The bands are well paced, as the performers shouldn't seem too restrained by quick sets, given the schedule to the right.

Commentary: An already diverse lineup got even more edgy with the late inclusion of Buffalo's Every Time I Die, which was chosen for its first major stadium show. It's worth getting to KeyBank Center a little early to see Keith Buckley, colorful Jordan Buckley and co. in action.

The approach to music consumption by Fall Out Boy's Pete Wentz and Patrick Stump is interesting; this Tribune-Review Live interview details the "necessary" move away from "outdated" guitar-driven sound to synth-based production (The News' Jeff Miers just groaned in displeasure somewhere). And there's Machine Gun Kelly, who's simply tired of being interviewed.

Commentary: While it's a busy two weekends for Irish dance troupes Rince na Tiarna and Clann na Cara after last weekend's Buffalo Irish Festival, the South Buffalo version has a flair of its own.

The LeftOvers, McCarthyizm and Crikwater are among the local bands on the slate, while South Buffalo restaurants Potters Field, Blackthorn, Imperial Pizza and Brick Oven will all sell food (as well as Conlon's, which closed earlier this year but still gets involved in catering and special events).

Commentary: If an Irish cultural festival for the second weekend in a row wasn't enough, here's a chance to relish German heritage, in Cheektowaga, on both Saturday and Sunday. Its tagline is "Sauerkraut, steins and smiles!", which - while cute - makes "sausages" and "schnitzel" feel left out. But at least they didn't include Schadenfreude!

6) WNY Movie Expo, doors open at 9 a.m. Aug. 31 through Sept. 3 at the Adam's Mark (120 Church St.), with the first three days wrapping up shortly after midnight. Movies will run on Labor Day until 2 p.m. A weekend package is $35 in advance here or $40 at the door, while daily admission on Friday, Saturday and Sunday is $12 each. Attending Monday costs only $6.

Commentary: Apparently some people don't get restless when watching movie marathons. And for those people, the WNY Movie Expo must be enticing, as a mix of film noir, silent era, sci-fi and more movies make up an aggressive slate.

The News' Toni Ruberto fortunately knows much more about this than I do, and she wrote about the festival at length, below.

Commentary: Not entirely unlike the discussion at the forefront of Miers' Soundcheck column this week, unity among musicians - while seemingly idealistic - has some importance regardless of genre.

That's part of what's at the heart of Burchfield Penney and Rise Collaborative's free event on Saturday, which invites nine Buffalo-based hip-hop artists to relay their rhymes to draw new fans, prove the talent present in the local hip-hop community and lend a sense of togetherness. See the lineup here.

Commentary: The Buffalo Beer Goddesses simply seem to have more fun than most local businesses - a unified passion for beer certainly doesn't hurt that cause. Look at all the smiling faces at their last Tour de Cask at Flying Bison! But the group cares about beer knowledge and education, too, and money raised from Sunday's event will go toward a Cicerone Scholarship.

The casks designated for the festival, described in detail on the Facebook event page, will try to take down 2017's Golden Mallet winner, Amherst-based 12 Gates Brewing, which starred with its Berlinojito, a Berliner Weisse with lime peel and mint leaves. You'll never guess what cocktail it was modeled after.

While we don't have a particular horse in this race, our early favorite would be Big Ditch's coconut peach cobbler cask. 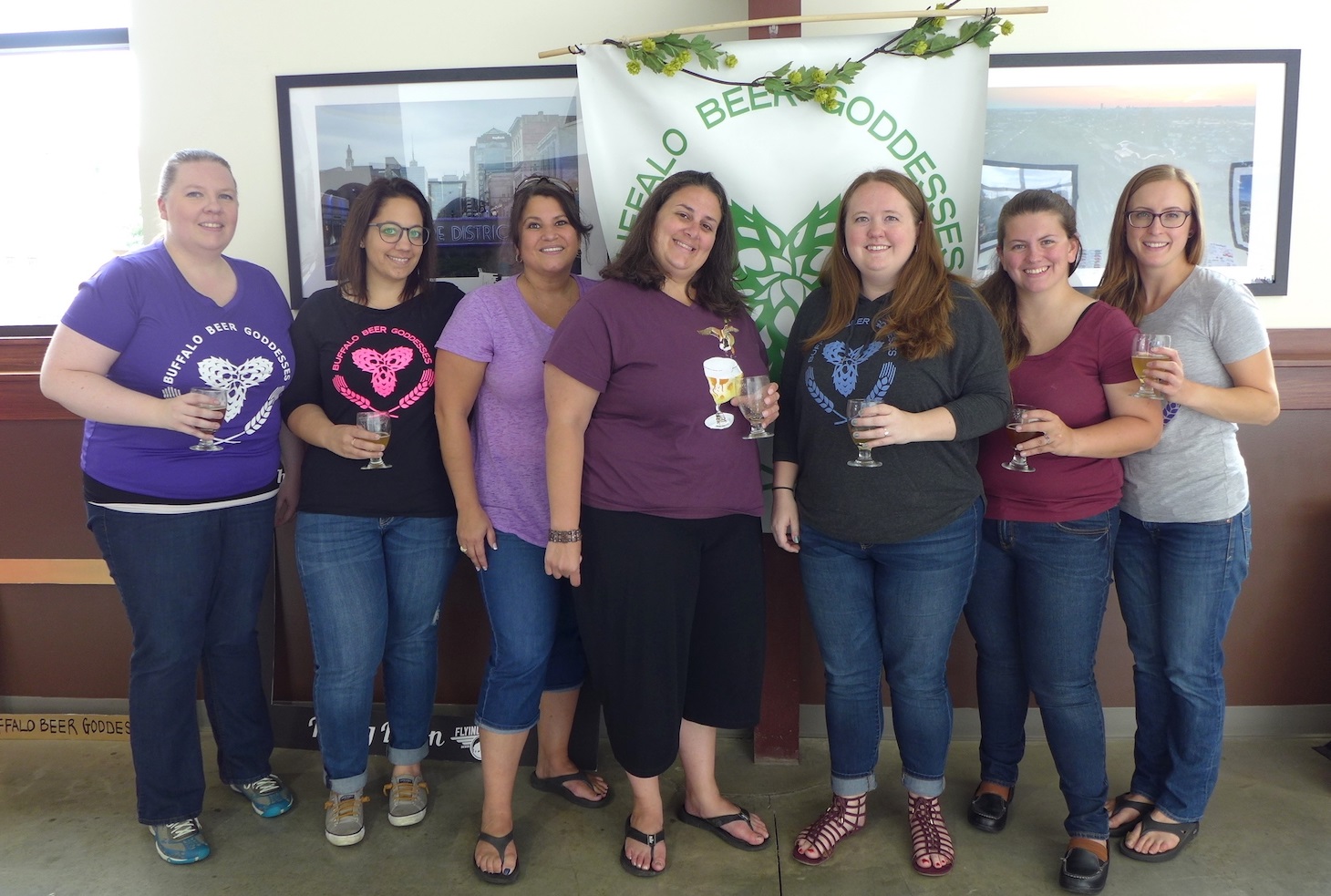 Commentary: Whenever there's a "taste of [insert local town]" on the docket, it's tempting to make a "what does [said town] taste like?" joke. I'll refrain (but I can't say the same for Colin Dabkowski, who made the joke repeatedly for Lancaster on The News' social media channels).

The finale on Monday includes a firemen's chowder sale beginning at 8 a.m., a Labor Day parade through Clarence Center at 1 p.m. and then a Battle of the Bands in the Labatt Party Tent at 2. Full schedule for the weekend may be found here.