Misuta Chow's, the downtown bar and arcade, opened last month before its food program was under way.

The food has started flowing at 521 Main St. Though there's more to come, Dunbar Berdine's menu of dishes inspired by Japanese street cuisine has more than 20 options.

An open kitchen runs along the side of the first floor of the two-story space.

Customers can grab a table under the faux eaves of the Japanese alley setting, sit on stools looking into the kitchen, or on tables outside facing the Hyatt Regency Buffalo across Main Street. 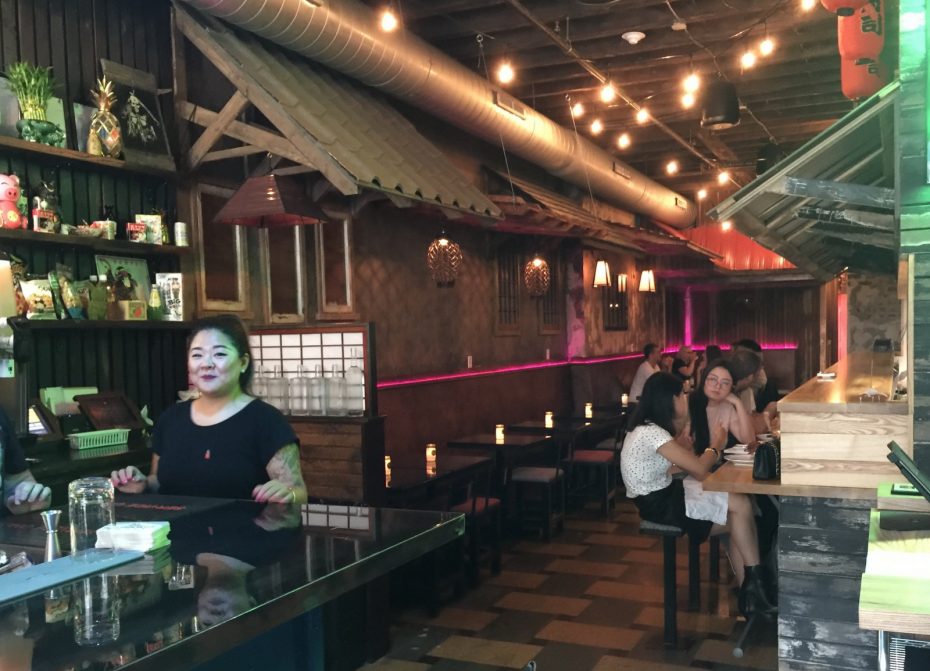 The kitchen is open at Misuta Chow's. (Andrew Galarneau/Buffalo News)

Sushi, skewers and fried snacks are main concentrations of the current lineup, with ramen and noodles to follow. Drinks include cocktails made with Japanese whiskey, craft brews and macrobrews like Miller High Life.

Tonkatsu are cutlets, thin slices of pounded-out protein that's been crumbed and fried. At Misuta Chow's, pork tonkatsu ($12, image at top of story) come stacked, with a filling of coarse Asian slaw, sort of a Japanese version of the KFC Double Down. It takes a knife and fork to attack this crunchy critter, since it's not sliced into chopstick-ready pieces like most Japanese tonkatsu.

Sashimi ($15) brought slices each of tuna, salmon and octopus, with a dip made with ponzu, Japanese citrus-soy sauce. It was a clean, minimalist snack. 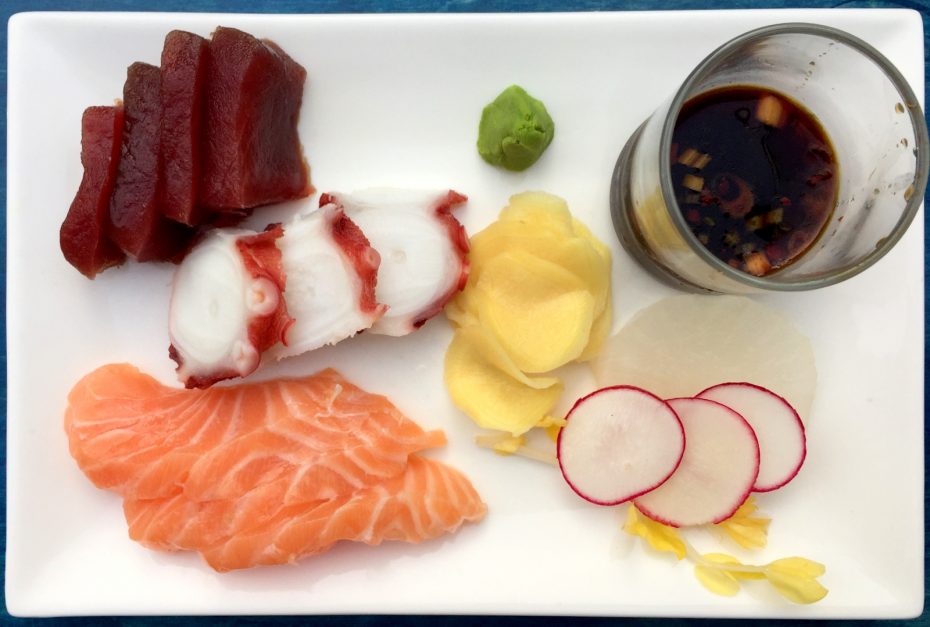 I'm a sucker for octopus, so I got a handle on the tako sandwich ($15), a tentacle on a hot dog roll. The seafood was tender and gently charred on the grill. The ketchup, jacked with chile, gave it a spicy overtone on the puffy, sweet roll. 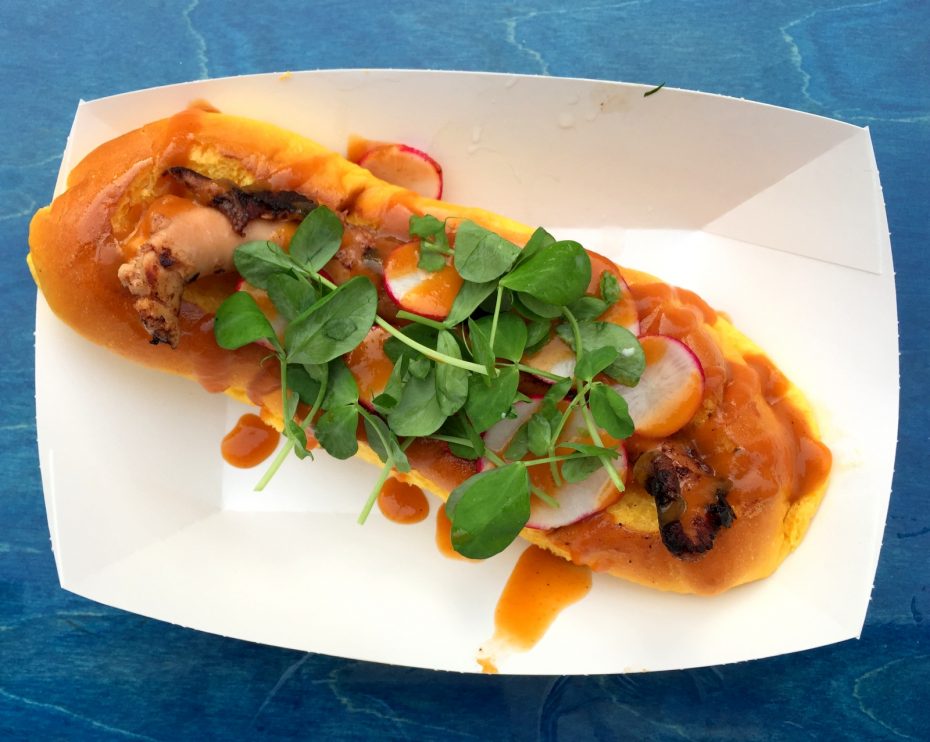 Chicken skewers, or yakitori ($7), are one of the most recognizable offerings available. Who among carnivores doesn't like bite-sized chunks of moist dark-meat chicken and scallion segments brushed with sweet soy and grilled? An order is two skewers, enough for one normal appetite. 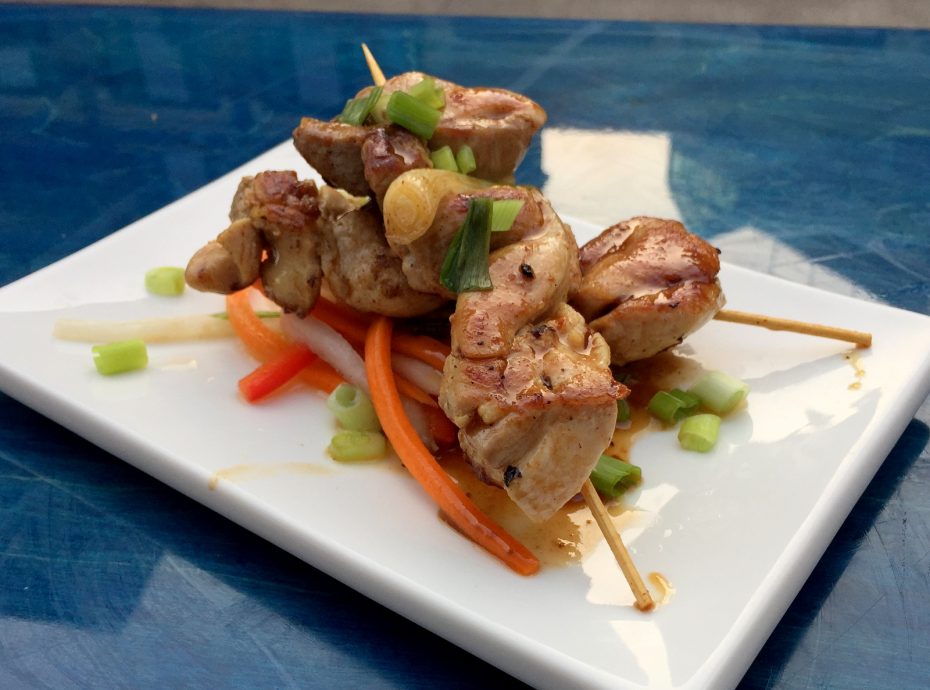 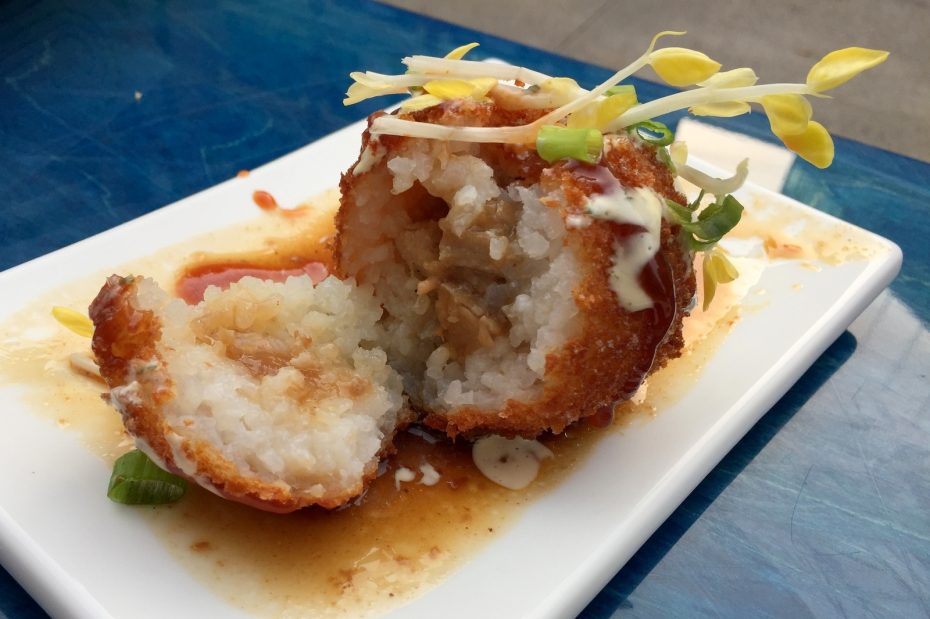 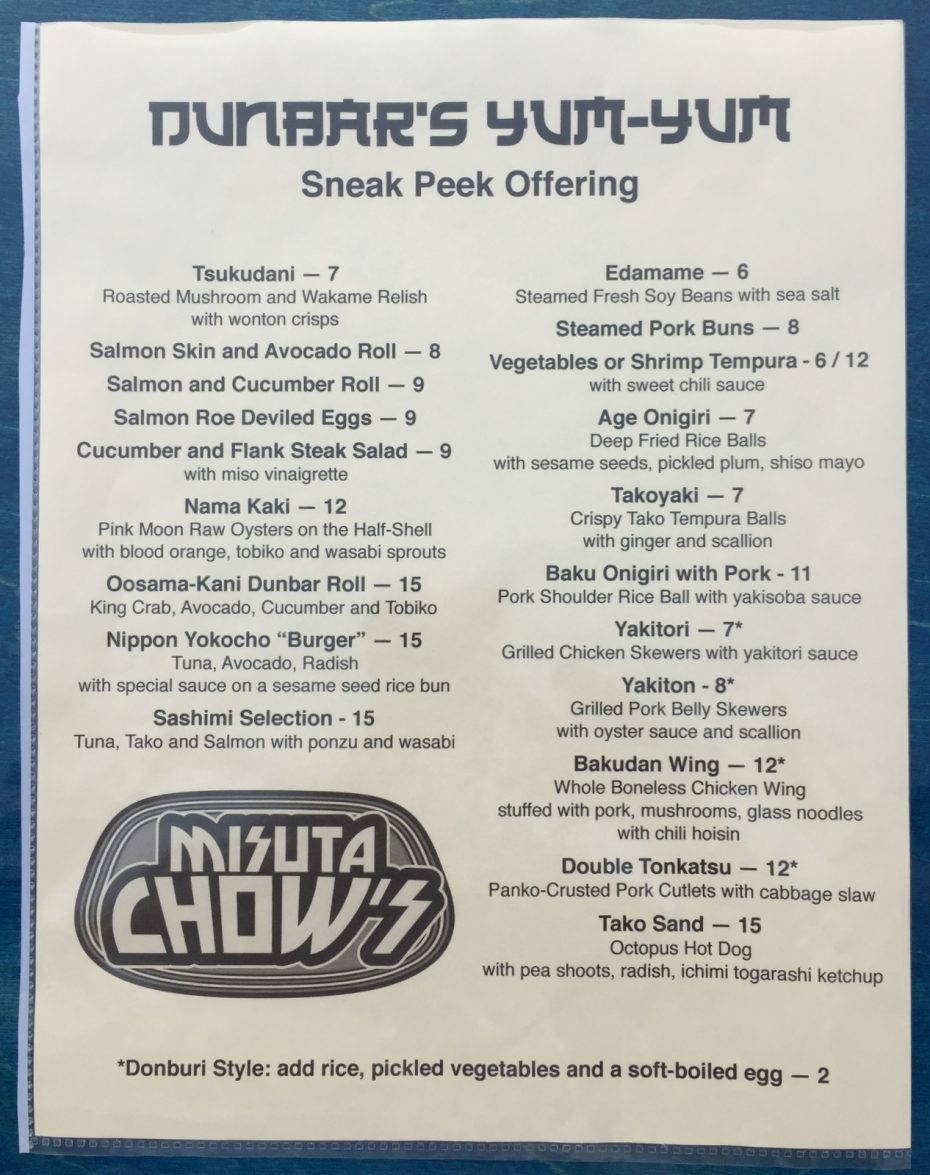