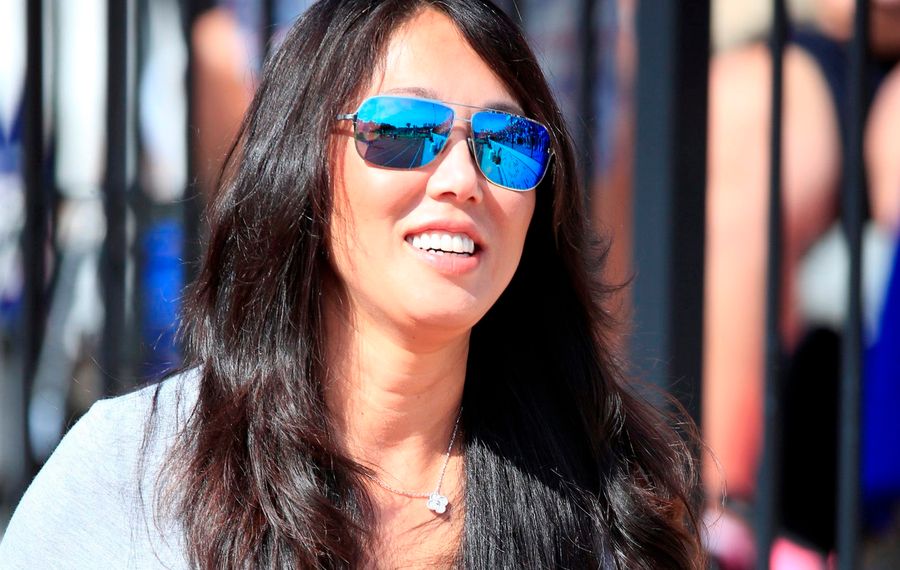 CHICAGO — Kim Pegula stood near the opening of one of four tunnels leading to the playing surface at Soldier Field Thursday night. She was relaxed and smiling, unable to mask the enthusiasm shared by so many others throughout the NFL this time of year.

Hallelujah! The wait is almost over.

Kickoff of the Buffalo Bills' preseason finale was still about two hours away. Yet, for all intents and purposes, the real thing had all but arrived.

Yes, finally. Her team's summer schedule was no different than that of 29 other clubs that didn't have to participate in the Pro Football Hall of Fame Game. It consisted of a four-game preseason — ending with the Bills' 28-27 win against the Chicago Bears — and a 16-practice training camp that was virtually identical to 2017.

But there was something different about this year, a palpable suspense that wasn't felt before Sean McDermott and Brandon Beane launched their respective rookie seasons as coach and general manager.

"It just seems longer to me, the anticipation of it."

The "uncertainty at quarterback" is a major reason many Bills fans are sharing that sense of anxiety they've had since last April's NFL Draft. Conversations throughout Labor Day weekend gatherings will invariably include a variation of, "Who do you think it'll be against Baltimore? Allen or Peterman?" 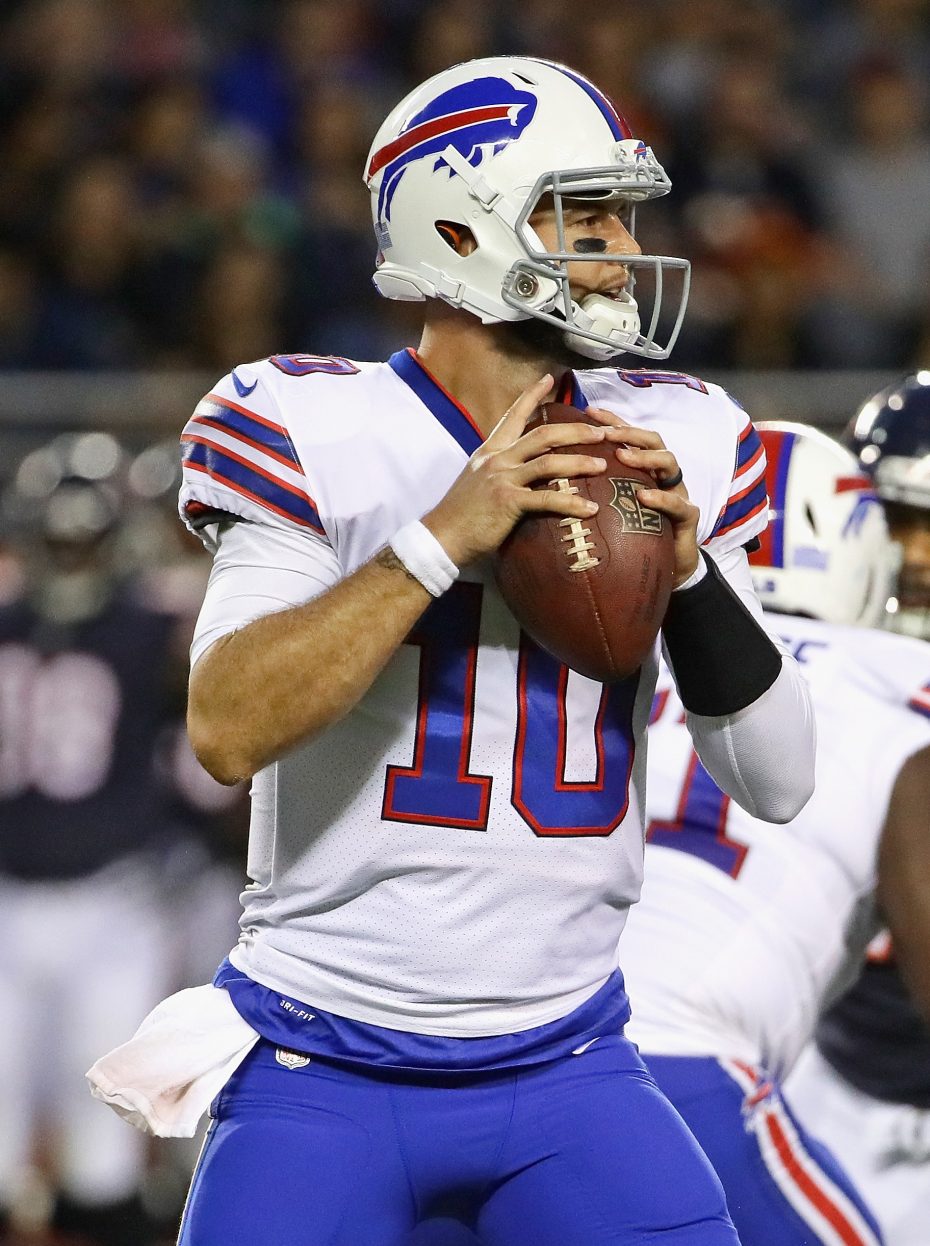 AJ McCarron looks for a receiver against the Chicago Bears during a preseason game at Soldier Field on August 30, 2018. (Photo by Jonathan Daniel/Getty Images)

What once was a three-way competition for the starting job seemed to officially lose a participant when the most experienced QB on the roster, AJ McCarron, received the unenviable task of starting and playing all of what loosely qualified as even a faux NFL game Thursday night. When a player is on the field for all of the fourth game of the preseason, he's usually not around after the final cut to the 53-man roster.

Although McDermott said McCarron's presence in the game was not an indicator of his roster status, it's clear the decision is Josh Allen or Nathan Peterman?

Pegula is leaving that to the men she and her co-owner husband, Terry, pay to make the football decisions. For now, they're not saying.

The choice of Allen would no doubt generate far greater excitement, combined with a healthy dose of fear. On one hand, who isn't looking forward to seeing what the highest draft pick the Bills have ever invested in a quarterback, the big kid with the big arm and best offering of hope for long-term success, will do in a game that counts? On the other, who isn't worried that what Allen would show against the Ravens would look an awful lot like that stinker he had against Cincinnati in his lone preseason start? Or worse?

Picking Peterman would feel safer, especially to those who believe the only relevant data in determining a starter is a side-by-side comparison of collective numbers from three preseason games. Peterman's are better, so they believe there's nothing else to discuss.

The question is, will the Bills' decision-makers also take into account the stretch of poor showings Peterman had in training-camp practices when the consensus among those who actually watched those sessions saw him at the bottom of the depth chart? Will it matter that Allen's throws on out patterns generally travel on a line while Peterman's tend to move a bit slower while taking a dip before reaching the receiver and becoming ripe for interceptions?

Will it matter that Allen is the more physically talented guy and that the futures of McDermott and Beane are bolted to everything that the seventh overall pick of the draft does and that giving him a chance to do it sooner could very well make more sense than losing time that is in short supply for most coaches and GMs?

At the moment, Kim Pegula isn't allowing herself to fret over the quarterback debate. Regardless of how it turns out, she's looking forward to what's ahead.

AJ McCarron struggles in first half against Bears

"Honestly, I'm very excited about this season coming up," she said. "Obviously, the quarterback situation, Brandon made some great moves to put us in that position and, for me, it's really looking at building on last year."

The Bills were 9-7 last season and their fans gave more than $500,000 to the charities of the Cincinnati quarterback and receiver who combined for the touchdown that got them into the playoffs. Pegula acknowledges that the sort of building the Bills are doing doesn't necessarily mean they'll make it two postseason appearances in a row.

It's fair to say it's much more of a rebuild, given the major overhaul of the roster and the fact the No. 1 quarterback could very well end up being someone who has yet to take an official NFL snap. The Pegulas get that. They seem fully on board with the McBeane approach of building sustainable success rather than muddling on the fringes of the playoffs each year.

"So knowing that every season is different, knowing every year you can't always re-create everything that happens in that (previous) year, but feeling that we're building something," she said. "And whether it transpires into what we want this year or next year, I'm feeling a lot more confident that we're taking the right steps."

Confident and calm. For the first time since their purchase of the Bills in 2014, the Pegulas feel they have credible leadership.

One stumble into a wild-card spot isn't the cause for optimism. It comes from what was done in the way of trades that resulted in enough draft capital to construct a springboard to jump up for a top-rated quarterback to go along with a stud linebacker in Tremaine Edmunds and high-energy defensive tackle Harrison Phillips. And what was done in free agency, with the signing of Star Lotulelei to be the new anchor of the D-line.

It comes from having a steady hand on the wheel, or at least a perception that that's the case, and a clear vibe that everyone who gets to play or coach for this team is accountable for his actions.

"I feel a little bit calmer this year, maybe more so than I have in previous years because I feel like, ‘You know what? We're getting the right people,' " Kim Pegula said. "Sean and Brandon are putting together the right team. Is it perfect? By all means, no. As you know, you also have to have some luck in this game.

"But besides all that, I feel like we are doing the right things and we are building on what we built in Year One. And that gets me excited."

That and the realization that the Bills will be playing a game that counts in a little more than a week.

Observations: McDermott plays it close to the vest in 28-27 preseason victory