Sizzling – both sweltering and appealing – is how the summer's final Artpark Tuesdays in the Park concert went down. The show featured a jubilant 1980s trifecta of Boy George and Culture Club, The B-52's, and Tom Bailey of Thompson Twins, playing to a sold-out crowd.

It was a show of another era, but not nostalgic. There was real singing and real instrument playing. And the audience danced as if transported back to an '80s dance club.

Culture Club opened with Bowie's "Let's Dance," adding ska flourishes. The first sightings of Boy George's signature black hat emerging from backstage led to a roar. In hat, black coat and pants, it was a marvel that he didn't appear to be perspiring during the band's 90-minute set.

Hits "It's a Miracle" and "I'll Tumble for Ya" led into new "Let Somebody Love You." The oft-snarky Boy George advised those seeking love before the latter song, off the band's first release in 19 years: "The problem might be you. Are you lovable?"

He'd also suggest '80s-era adjustments to the scene, like putting smartphones away, and that "Internet friends are like Monopoly money."

The B-52's hit the stage with "Planet Claire," showcasing Kate Pierson and Cindy Wilson's still-rich voices, and Fred Schneider's sneer-singing. "Better start dancing or those turkey vultures up there will think you're dead and eatcha!" Schneider said before they played "Mesopotamia."

The group's excellent set closed with "Rock Lobster" as a stuffed toy lobster was lobbed about. 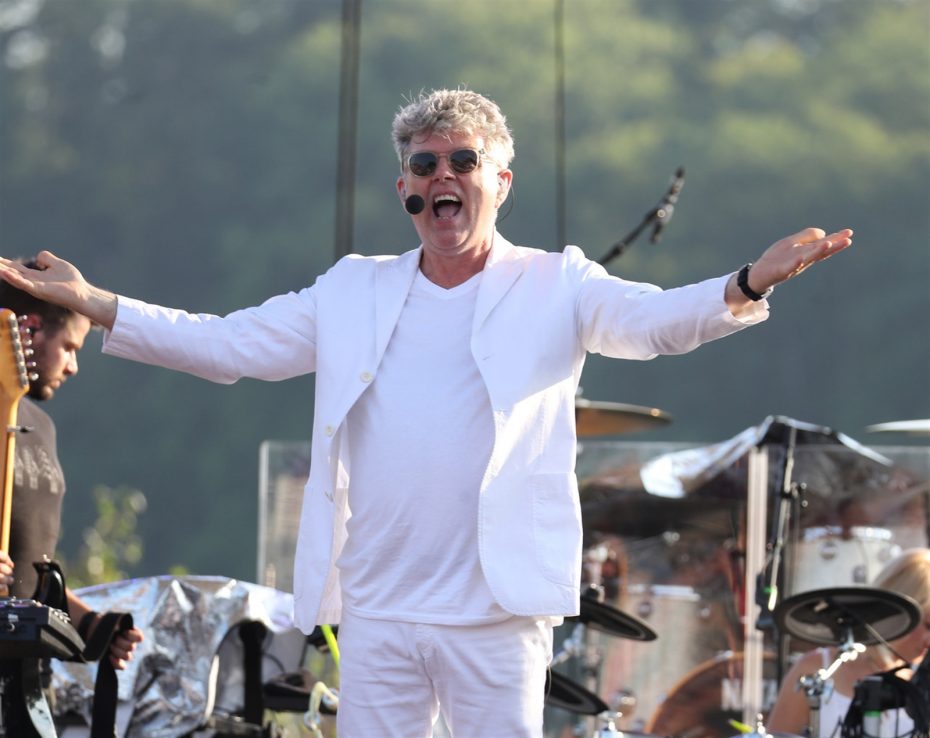 Tom Bailey and his band of three, all in white, played a synth-heavy set of new material off his "Science Fiction" and introspective Thompson Twins classics.

The closing number, an extended "Hold Me Now," was transformed into an a cappella rendition with the audience balancing stage voices in volume. "Take care of each other, see you soon," Bailey sweetly said.

Boy George and Culture Club, The B-52's and Tom Bailey of The Thompson Twins, Aug. 28 at Artpark in Lewiston.