In the  final minutes of the first half of a 1-0 win against Williamsville North, Frontier goalie Nathan Hohl made a daring decision.

He sprinted from the goal crease to challenge forward Dario Tringali, and covered the ball, taking away a potential scoring opportunity.

It was especially daring when you consider that Hohl did so against a player a few years older than he.

Hohl is 12 years old, and is about to begin the seventh grade at Frontier Middle School in Hamburg.

He is believed to be the youngest player in Erie County Interscholastic Conference (ECIC) history to record a varsity shutout, facing eight shots in a 7-0 win Saturday against Cheektowaga in the championship game of the ADPRO Frontier Alumni Kick-off tournament.

"I only heard that Monday. That was the first time I'd heard of it," Hohl said Tuesday, moments after posting 11 saves against Williamsville North to make it consecutive shutouts. "I was super-excited. I like breaking records."

He will aim for a third in a row when he makes his fourth start when the Falcons play at 4 p.m. Wednesday at Orchard Park.

Nicholas Sobczak is Frontier's captain and nearly five years older than Hohl. But he was the first player to notice something unique about Hohl, when the goalie faced penalty kicks from the Frontier varsity players during a summer camp. Sobczak watched as Hohl made a few saves, then summoned Frontier coach Rich Kozak to watch as Hohl stopped 10 of the 11 penalty shots he faced.

"As a soccer player, when you play at a high level, you can just tell when a goalie is good," Sobczak said. "He can throw the ball, he can punt the ball, he can protect the ball. But he was also at that level we were at. I knew he was in middle school, but I had no idea he was 12 years old. That was shocking.

Some might say that Hohl is a product of circumstance. Frontier needed a starting goalie. The Falcons didn't have one with much varsity experience. Kozak called on Hohl, who possesses what Kozak calls a "strong soccer IQ" and a certain amount of confidence, which isn't necessarily seen in preteen athletes.

"I'm just really happy to be here," Hohl said, grinning. "I'm just doing my job. That would be the best way to do it. I don't really think about it too much, that other players are older than me." 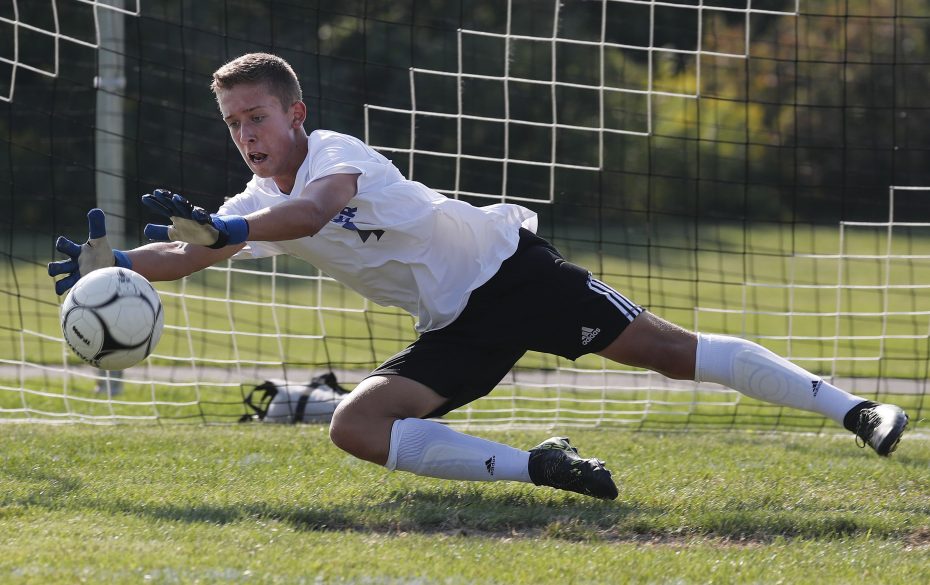 Finding a place in the program

"And I wasn't really good at anything else. I played a lot of other sports, but I didn't really catch on to it well. But with soccer, I started playing when I was 4, and I sort of liked it and kept going with it."

The talent grew as Hohl progressed from community recreational leagues to club programs as he grew up in Spotsylvania, Va., and in Western New York. He currently plays for Global Premier Soccer, FC Bayern's American youth soccer affiliate that is based in Lancaster. When Kozak found Hohl, he harbored some hesitation about bringing up a player so young to the varsity.

"This isn't something you always want to do, because of social issues, and wondering how kids will adjust," Kozak said. "Even when you see that kind of talent, you still have to ask, will they be able to play at a certain level?"

Then, Hohl had to take the Athletic Placement Process, a test that evaluates students who want to participate at the varsity level as a seventh- or eighth-grader.

The New York State Public High School Athletic Association doesn't keep a record of the number of seventh- and eighth-graders who participate in varsity sports. The Hohls didn't even think Nathan would start his high school athletic career this way.

"I thought maybe he'd play junior varsity," his mother, Jamie, said. "He's always done well in the net, so I was expecting that, but this was a surprise when [Kozak] said, ‘Varsity.' "

His 9-year-old brother, Brayden, is in disbelief over what Nathan has already accomplished.

Playing varsity soccer has become a learning experience for Hohl and for his family.

"We've only played club soccer, so we didn't know what Section VI was," his father, Robert, said. "I went to Catholic school, so I didn't know any of the public school teams or anything like that, so we're figuring out things, too."

Even though Hohl has been playing soccer for more than eight years — he'll be 13 in December — Jamie and Robert still can't get away from the anxiety that comes with being the parents of a an athlete. Of a goalie, at that.

"Watching him is very nerve-wracking," Jamie said. "And the nerves never subside." 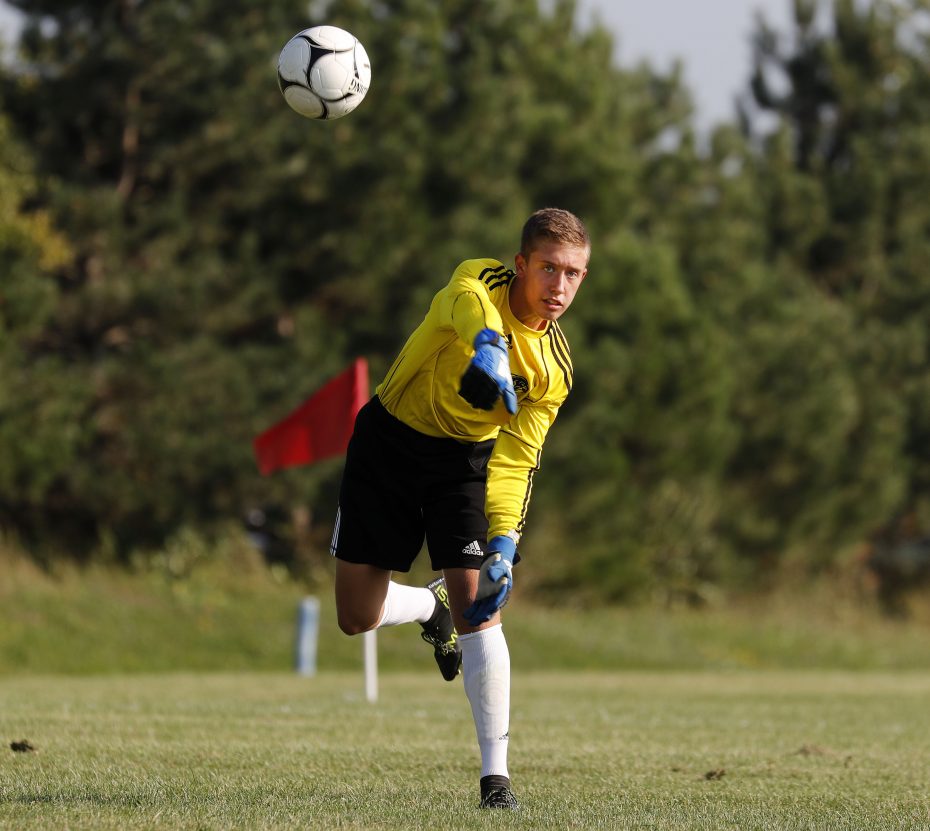 Sobczak, Frontier's captain, vouches for Hohl. But he and his teammates initially harbored some skepticism of a seventh-grader playing on the varsity.

"But once we started doing drills and he started showing what he can do, everyone was really impressed," Sobczak said.

Hohl wants to become a more physical player, and he wants to learn different styles of goaltending. He wants the nerves to subside. He was nervous when he played his first game, an 8-1 win Aug. 24 against Charter School for Applied Technologies (CSAT).

To watch Hohl play, it's hard to fathom that he's the nervous type. He's 5-foot-11. He's mobile. He's vocal. And he's not afraid to take chances.

With about 13 minutes left in the first half, Hohl dove to stop a shot by Williamsville North's Matt Lindaman. Hohl also got some help from his defense with about seven minutes left in the second half, when he was unable to control the ball and got caught out of position. Matthew Clifford deflected a shot by the Spartans that was headed toward an otherwise open net above the crossbar and out of bounds.

Then, with a little more than a minute left in regulation, Hohl made another diving save that ultimately preserved the win for Frontier, its first against Williamsville North since 2011.

"That save was fantastic, and it shows Nate's a hard-working kid," Sobczak said. "A nice kid. He wants to be here. He wants to work hard. He wants to help us. And he has kept up against much bigger and much stronger kids."