Outlook: The Purple Eagles return eight starters on each side of the ball, making Albion a favorite in Class B. Adding to their depth is a strong group from a JV team that went 8-0 last season. Senior running back Ugene Harrison was an All-Western New York honorable mention last season. Bryce Pritchard is entering his third year at starting quarterback. He'll have a pair of strong returning wideouts in Nate Moore and Matt Kovaleski. Defensive lineman Ben Restivo and Kovaleski, also a defensive back, are the stars on defense. 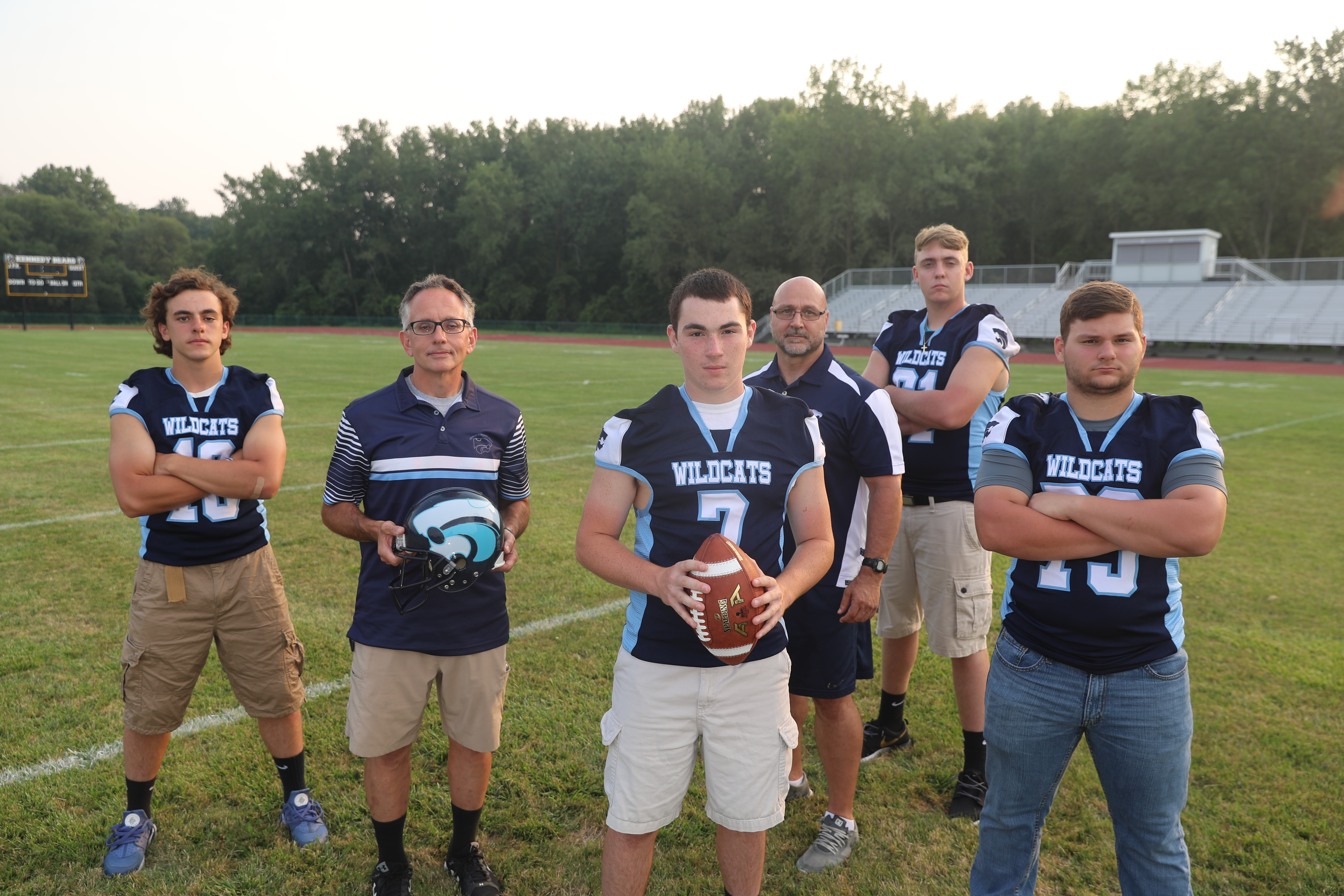 Outlook: DiRienzo takes over the reins from Brian Wilson after 25 years as an assistant with the Wildcats. He inherits four returning defensive starters and six on the offense, including quarterback Joe Pagano. a first-team all-league selection last year. The Wildcats plan to be a more run-focused offense than in years past, with Alex Neu and Vunnal Blair leading the pack. WR/CB Sean Miller was a second-team all-league selection last year on defense. Tight end Dante DiRienzo is Pagano's top target. Ben Yelich is the player to watch in the trenches. 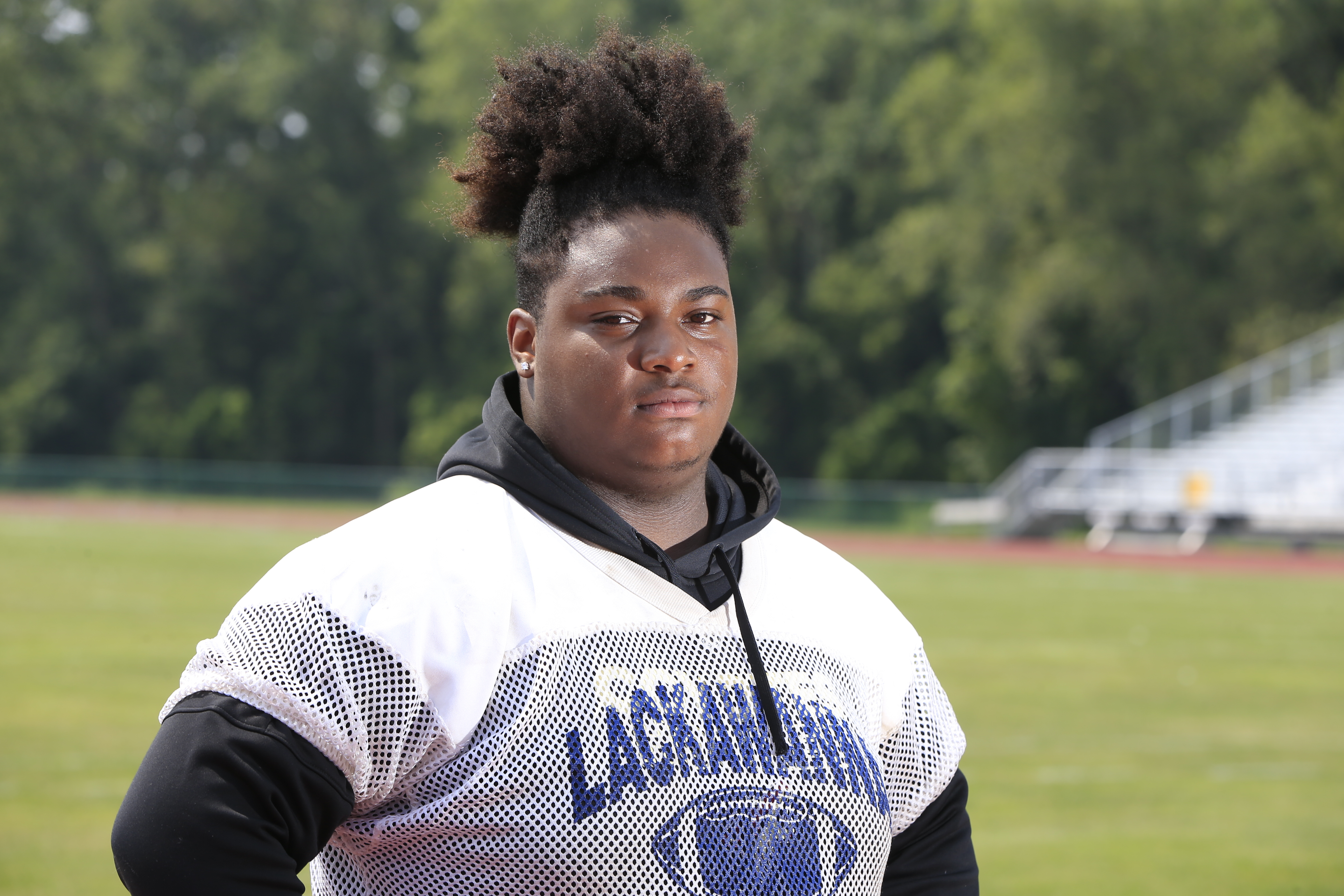 Taye Cummings is one of the anchors of Lackawanna's offensive and defensive lines (Harry Scull Jr./ Buffalo News)

Outlook: The Steelers have plenty of talent to replace after losing five All-Western New York selections, including three and the defensive line, the B-3 Offensive and Defensive Players of the Year and quarterback Noble Smith. "We lost a lot of star power," Tardif said. Senior Jeremiah Caviness is the new QB. He has a trio of returning wide receivers to work with in Malik Snow, Juan Rodriguez and Alex Rodriguez. Filling in the hole on the line is OL/DT Taye Cummings. RB/LB Manny Land was an all-league honorable mention.

Outlook: While the team identifies as Medina, the Mustangs also have students from Barker and Lyndonville. Barker is a new addition this year, pushing the team's numbers from low 20s to about 30. Quarterback Izaiah Rhim is entering his third season and was a second-team all-league selection last year. Wide receiver Jalin Cooper is now at Toledo, but sophomore Brian Fry already looks like a strong replacement. He was the only freshman on the B-3 all-league teams last season. Linebackers Justice Hughes and Blair Prest command the defense.

Outlook: The Huskies return six starters on offense and seven on defense, highlighted by a trio of three-year starters, running back/linebacker Icar Simon, linebacker Nick Fratercangelo and two-way lineman Alex Pantuso. Alex Weakfall and Cole Anastasia are fighting for the starting quarterback spot, with the winner of that battle having a big effect on what offense Olean runs. Weakfall is more of an option QB, while Anastasia is a pocket passer. Simon and Fratercangelo anchor a linebacker group that's become the defense's main strength. Gavin Culp comes up from JV to play alongside them. 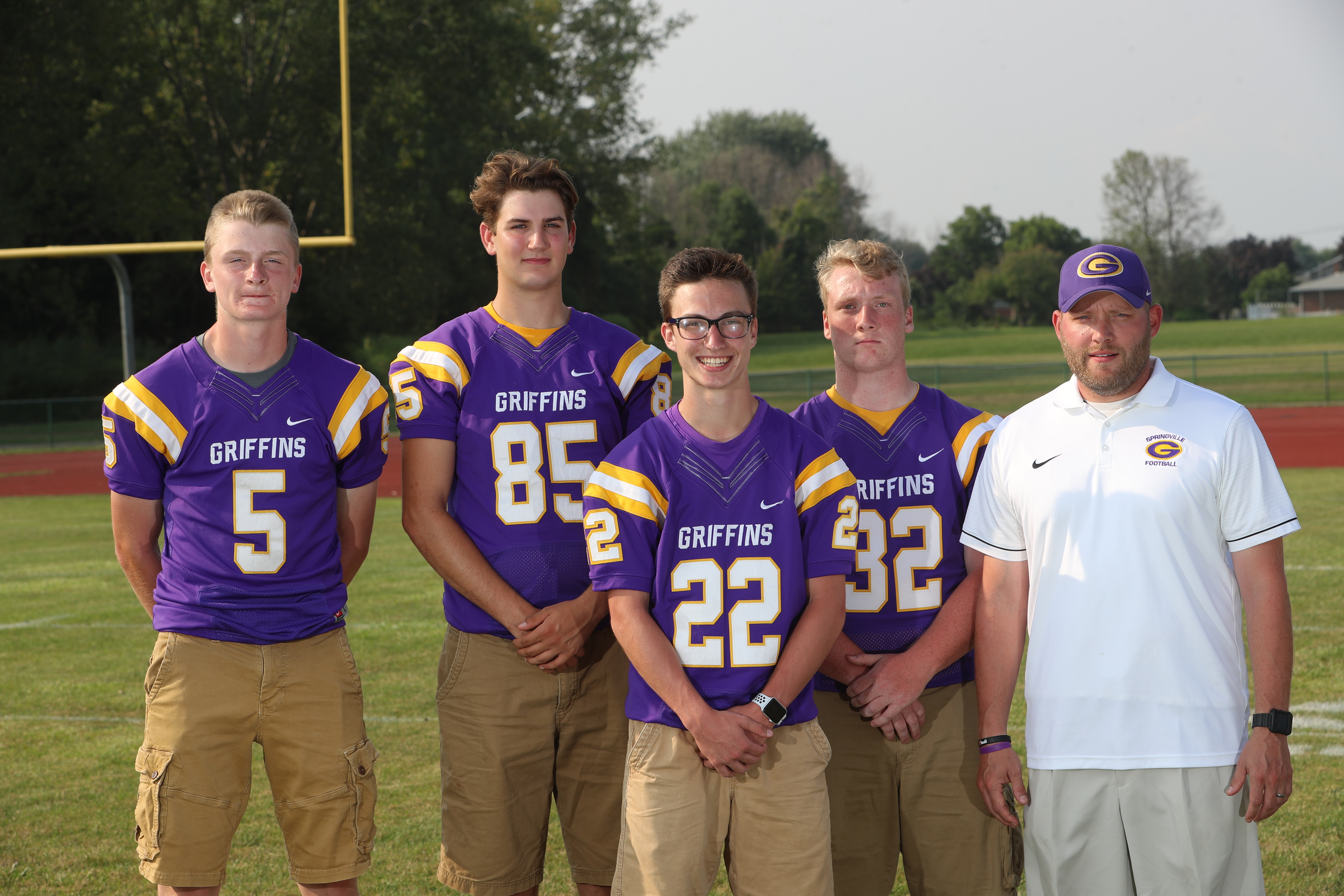 Outlook: Valenti said he's optimistic after seeing his team commit to a conditioning program this offseason. Fullback and middle linebacker Sean Barry has been on the varsity squad for five years but has gone down with knee injuries the past two years. Six-foot-4 junior Nick Emmick starts at quarterback. Masin Field, a transfer from Alaska, joins the team as a wideout and safety after setting records in track. The staff is excited about linebacker Jake Ciesynski, who played both ways as a sophomore last year.