Outlook: The Vikings earned a share of the Class A North title last year and return six starters on each side of the ball. The key might be senior quarterback Cam Sionko, who enters his fourth season. He passed for 1,400 yards and 14 TDs last year. He’ll throw passes to classmate Justin Gorrell, who moves from backup QB to wideout. “We feel him stepping in, we’re not going to lose much,” Santorio said. DE/TE Jeremiah Wilkes is coming off a first-team all-league season. 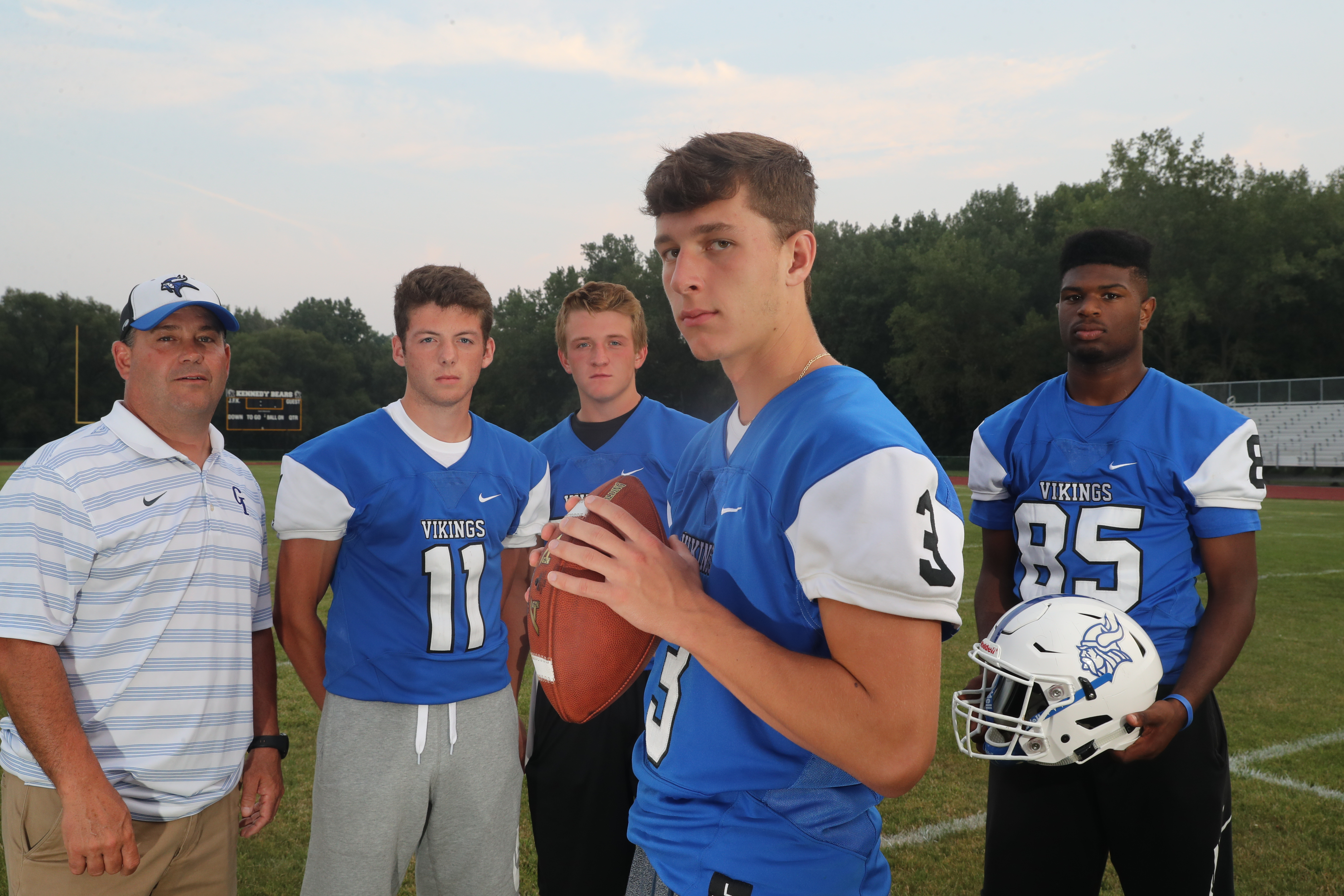 Outlook: The record doesn’t show it, but the Bulldogs played some good football last year. They failed to earn rewards for their efforts due to lack of depth. “We’re just dead in the fourth quarter because of numbers,” Veltri said. Numbers remain an issue, as the Bulldogs have just 22 on the roster. Five are returnees, including quarterback Nate Murdie. Danzo Young will be part of the backfield, along with Desmond Lowe and Dominic Ferguson – both running backs and linebackers. Nick Coburn and Kyle Marscha part of the secondary. 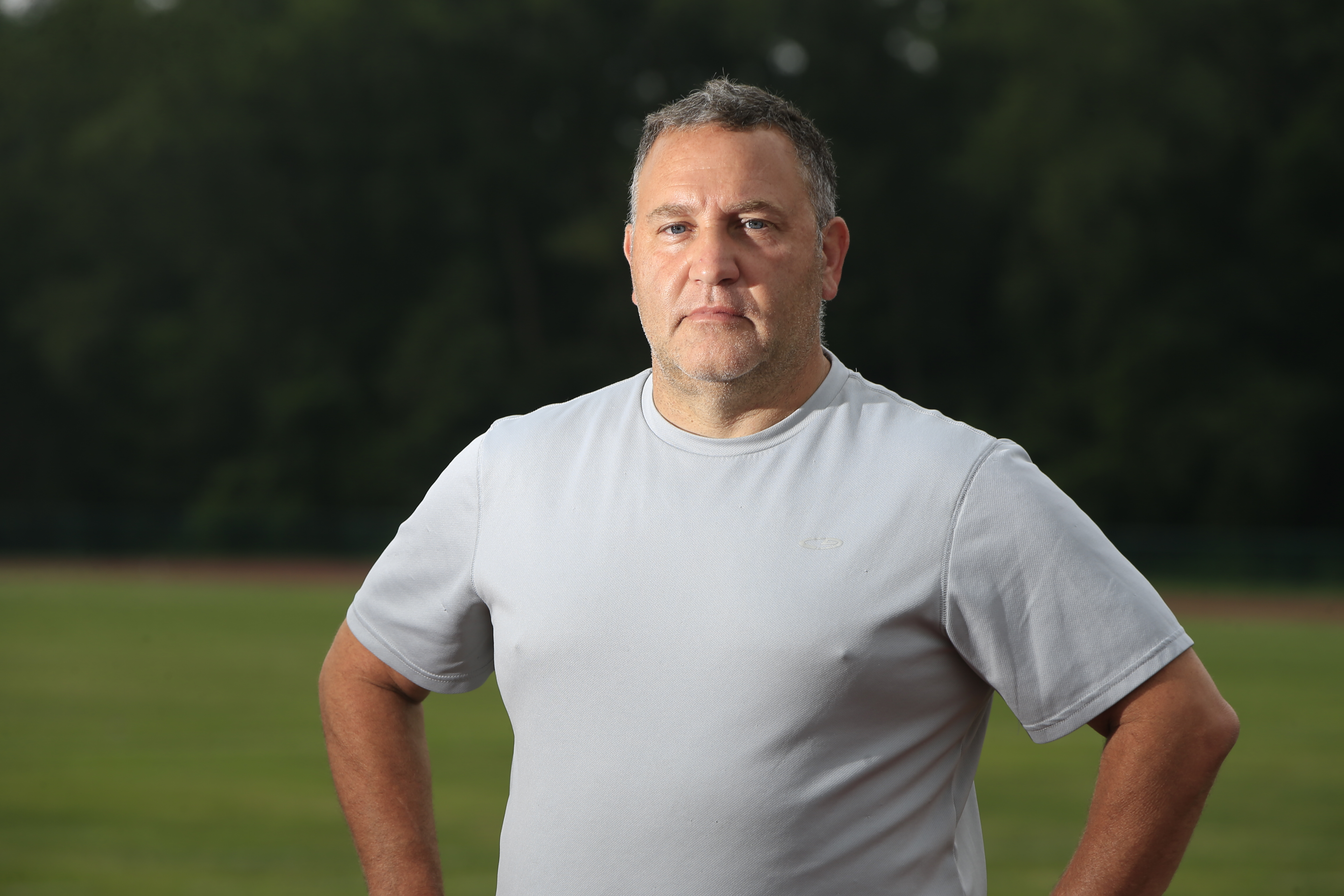 Outlook: The Macks played in the toughest division in the section last year and just missed the playoffs. They have six returnees, including running back Kaiyer Fields. He’s a strong and fast runner and can make something out of nothing. McKinley figures to receive a boost from the return of receiver Taivonn Martin, who transferred to Sweet Home for the start of his junior year but came back to McKinley during the winter. Ahmem Lester is another top receiver for the Macks. Cajon Caurthon moves from receiver to quarterback. Top defenders include Zyon Kincannon and Devon Cottom.

Outlook: He’s back. Jantzi, the man who guided NT to a state championship in Class AA in 2009, returns as coach for the program for the first time since 2010. That means the triple-option offense is also back. Key returnees include seniors Jake Meyers (OL) and Collin Beach (DB). Senior Matt Monge leads the defense at linebacker. Sophomore Wally Wisniewski starts at quarterback. Sign of the times: NT has a roster of 28. Back in the heyday under Janzti, it carried rosters at least double that total. “We have to build the numbers back up,” he said. 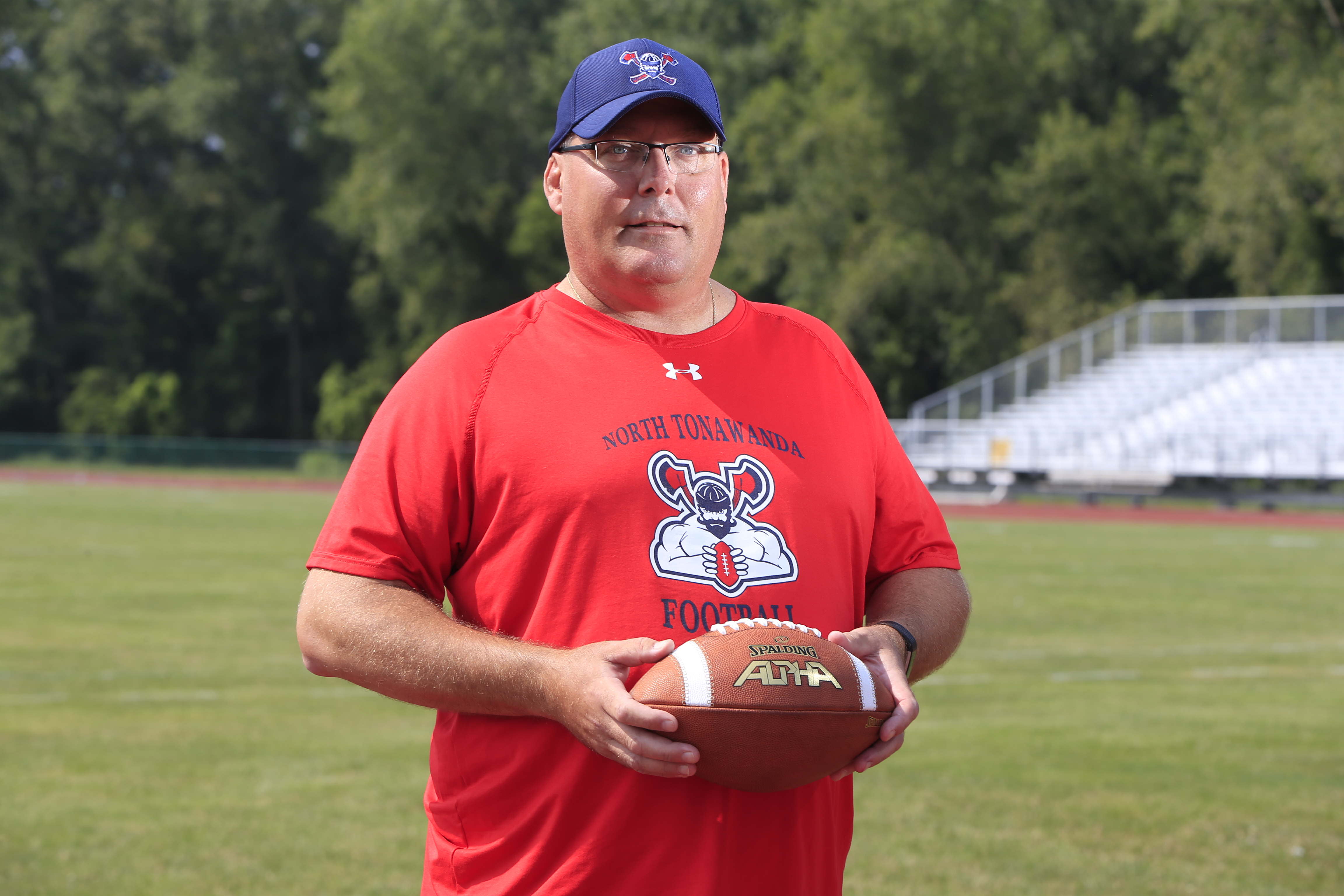 Outlook: After a two-year absence from the playoffs, the Panthers returned to the tournament that matters most to them. They will try to keep that trend going with a roster that features eight returnees on offense and seven on defense. The biggie appears to be DE/FB Rob Giancarlo. The senior with a 4.0 GPA is being recruited by Princeton, Harvard and Cornell. Senior Sam Roby starts at running back. Starting linemen include Keith Murphy, Jimmy Griffo and Adam Laboy. Jamel Lucas takes over at quarterback for Maurice Robertson, who transferred to West Seneca West. 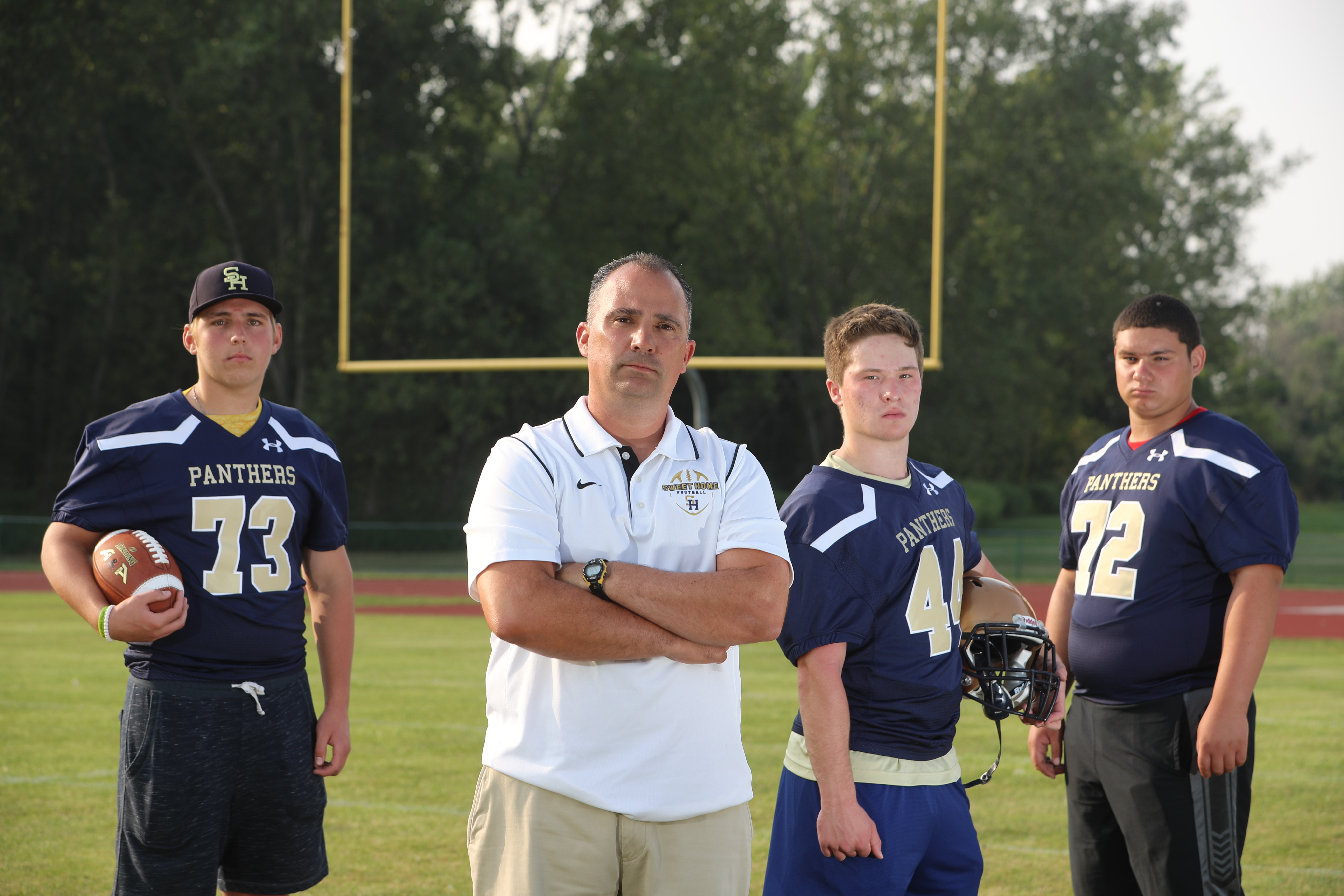 Outlook: The Flames made the playoffs in Torrillo’s first season and dropped a close quarterfinal game to South Park. Returning starters include senior running back Clayton Osborne and senior quarterback Colson Skorka. He’ll target underclassmen receivers Cole Shifflet and Nick Arno. Other returning starters include linebackers Ben Morakis and John Orfanidis, and linemen Ajay Chima, Parker Evans and John Moran. “We’d like to build on last year,” Torrillo said. “We crossed that bridge, made the playoffs. … Our goal is to get a step further.” 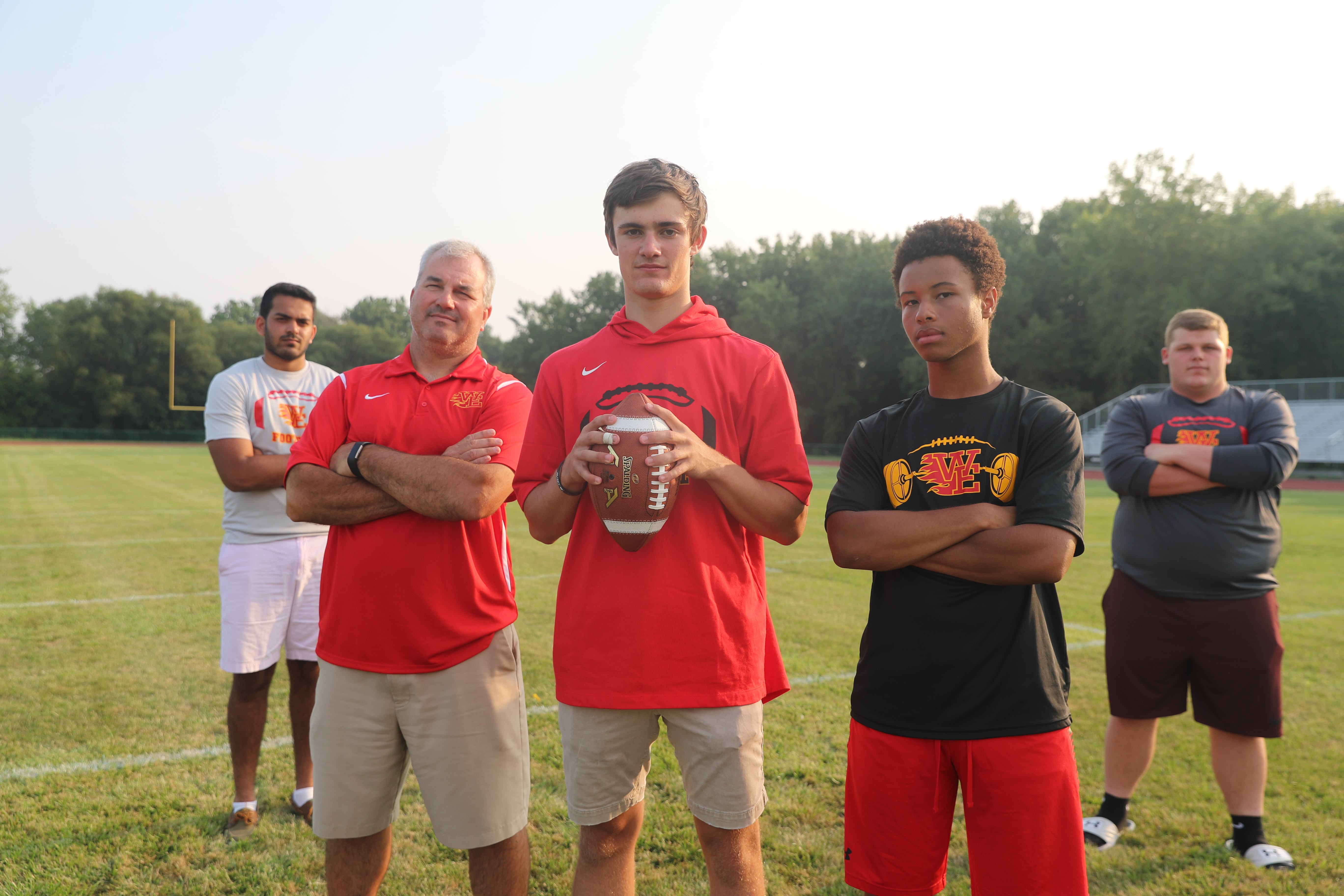