HEMPSTEAD — New York voters might have thought from all the anti-Trump rhetoric of this election year that Gov. Andrew M. Cuomo was only warming up for a presidential challenge in 2020.

But in a Wednesday gubernatorial debate against Democratic primary challenger Cynthia Nixon at Hofstra University on Long Island, the governor declared — emphatically — that he will serve a full four-year term if re-elected and will not run against President Trump.

"Yes, yes, yes and yes," he said when asked if he will serve a four-year term. "The only caveat is if God strikes me dead. Otherwise I will serve four years as governor of New York."

None of that stopped Cuomo from his continuing attacks on a president he says "has tried to change the rights and values of the people of New York."

And none of it prevented Nixon, the activist and "Sex and the City" actress, from a furious assault on Cuomo's record of governing (one she called "not very good") and from setting the tone for a freewheeling and often nasty give-and-take. Both candidates hammered away at each other, often ignoring time limits and debate moderators in a session that seemed to continually return to their core talking points.

For Nixon, it was a challenge to a governor she said has fostered continuing inequality among New Yorkers by allowing a group of rogue Democrats called the Independent Democratic Caucus to enable GOP control of the State Senate for several years. Every time Cuomo blamed the Senate for failing to enact the progressive measures Nixon says are essential to the state, she countered with accusations that he has only recently championed a Democratic Senate.

Nixon has little to lose in sole primary debate with Cuomo

"Why do we have a Republican Senate?" she asked during a spirited exchange over deteriorating subway service in New York City. "Because you empowered the IDC."

For Cuomo, the debate served as another chance to hammer home the anti-Trump theme dominating  his effort to gain a third term. He often veered away from subjects at hand to home in on a president that polls find unpopular in New York and whom the governor blamed for a host of problems facing the state.

Hosted by veteran WCBS reporters Maurice DuBois and Marcia Kramer, the candidates fielded a barrage of questions mostly centering around New York City subjects like deteriorating subways, the homeless, whether they would accept Mayor Bill de Blasio's endorsement (neither appeared very excited about the prospect), and tolls on the new Tappan Zee Bridge over the Hudson River.

Nixon only touched on corruption charges stemming from the governor's signature upstate economic development program, but zeroed in on the conviction of Joseph Percoco, Cuomo's confidant and friend, on charges connected to the Buffalo Billion. Nixon questioned how the governor could not have detected crimes committed "by his right-hand man who was doing something right under his nose." 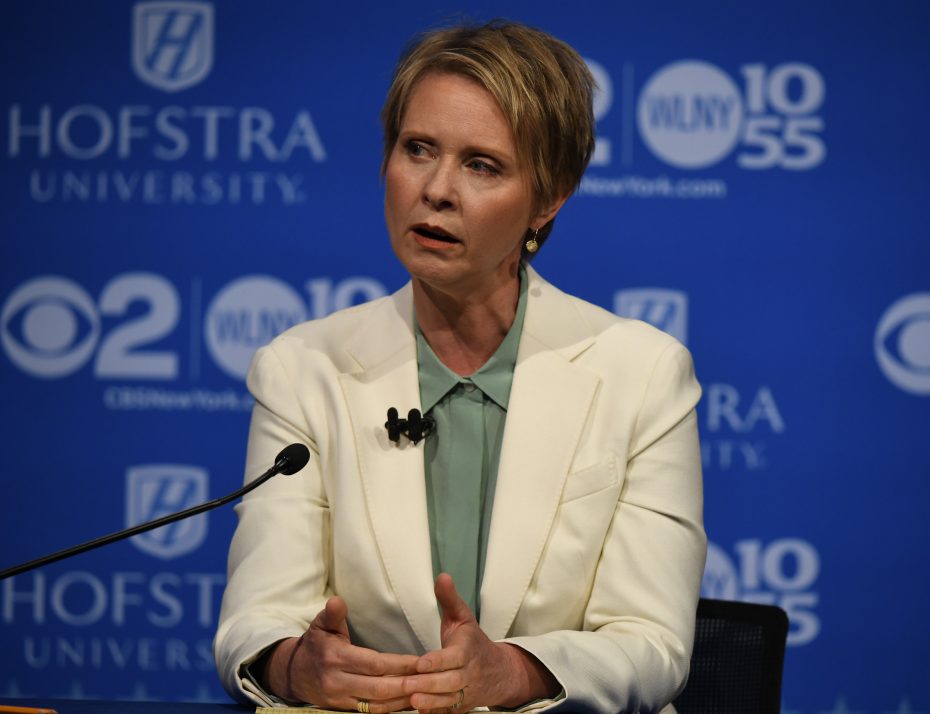 Cynthia Nixon speaks at the debate. (Photo courtesy of Newsday)

"He's going to pay his price," Cuomo countered. "Everybody agreed I had nothing to do with it. Period."

The governor responded with his own questions about why Nixon paid taxes as a "corporation" (which she said is common among actors in a "small business" capacity).

At times, the debate grew more than contentious as the two candidates sparred over subjects like who had released information about their income tax returns. During one exchange about New York City subways, the debate veered into a testy back-and-forth over who was interrupting and who was lying.

Cuomo: "Can you stop interrupting?"

Nixon: "Can you stop lying?"

Still, the event drilled down into core topics like which candidate was more qualified to lead the state. At the debate's outset, Nixon was asked about qualifications to lead a big state and administer a $170 billion budget.

She pointed to her longtime efforts to champion rights for LGBT people, abortion rights, women's rights and "equitable funding for public schools.

"And I'm not an Albany insider," she said, ripping Cuomo for accepting major donations from companies squeezing through loopholes in campaign finance law. She also claimed many of the homeless problems in New York City stem from his accepting major donations from the real estate industry and developers more interested in luxury than affordable housing.

Cuomo countered that a governor must run the state, fight terrorism, respond to natural disasters and dig in against what he calls an "assault" by the Trump administration on New York. 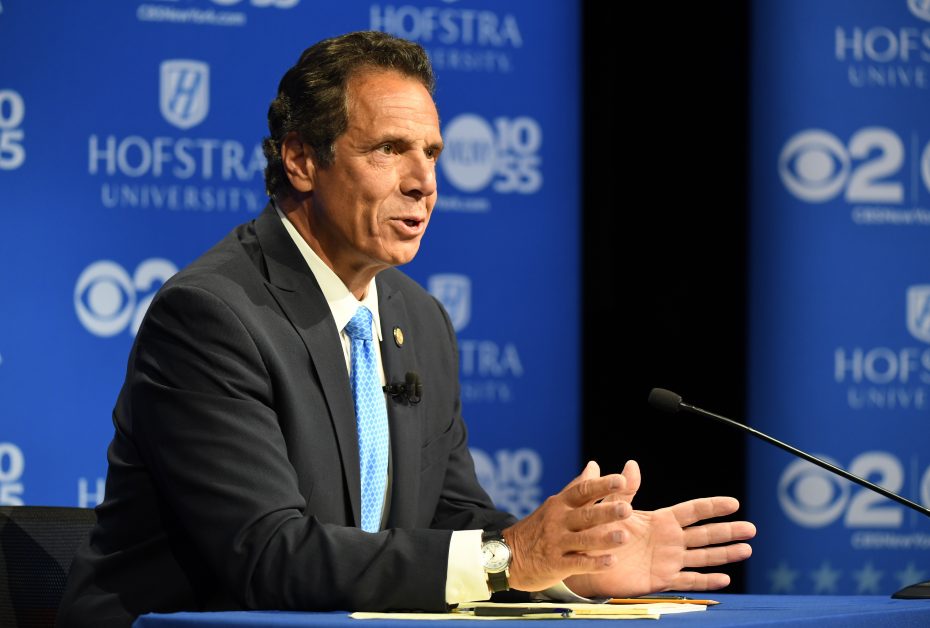 As is standard in major political debates, representatives of both candidates met with reporters in "spin" rooms where they attempt to declare their candidate the winner. Maggie Moran, Cuomo's campaign manager, called Nixon's effort "a Tony Award-winning performance by a professional actress."

"When the debate started, we talked about experience, and she really has no answer to that," Moran said. "This is a climate in which Donald Trump is ravaging communities, and you need someone who knows how to get things done."

Nixon spokeswoman Rebecca Katz countered: "He wagged his finger at her and she was still able to show a deep knowledge of policy."

She also dismissed Cuomo's attacks on Trump as disingenuous, pointing out that top aides to both men are now headed to jail. And she reiterated the Nixon claim that Cuomo has conveniently blamed a GOP Senate for failing to equalize rights for all New Yorkers.

"He helped the IDC, who are the Trump-like Democrats in the Senate," Katz said.

The power of Cuomo's incumbency manifested itself throughout the Wednesday event. Outside the Hofstra campus, hundreds of union workers lined Hempstead Turnpike, clad in hard hats and holding pro-Cuomo signs. And at one point in an exchange over who was more friendly to labor, Cuomo turned to his union people in the audience, asked for their affirmation, and got it in the form a of a long and loud cheer.

Still, the governor's first one-on-one face-0ff in 12 years signaled a new development since he refused to debate Zephyr Teachout, his 2014 Democratic primary opponent. He even refused to greet her when they met at a Labor Day parade in Manhattan that year.

The debate, broadcast after a two-hour delay on CBS affiliates throughout the state, also drew considerable media attention. Close to 100 reporters and photographers crowded into a viewing room outside the mainstage to cover the event.