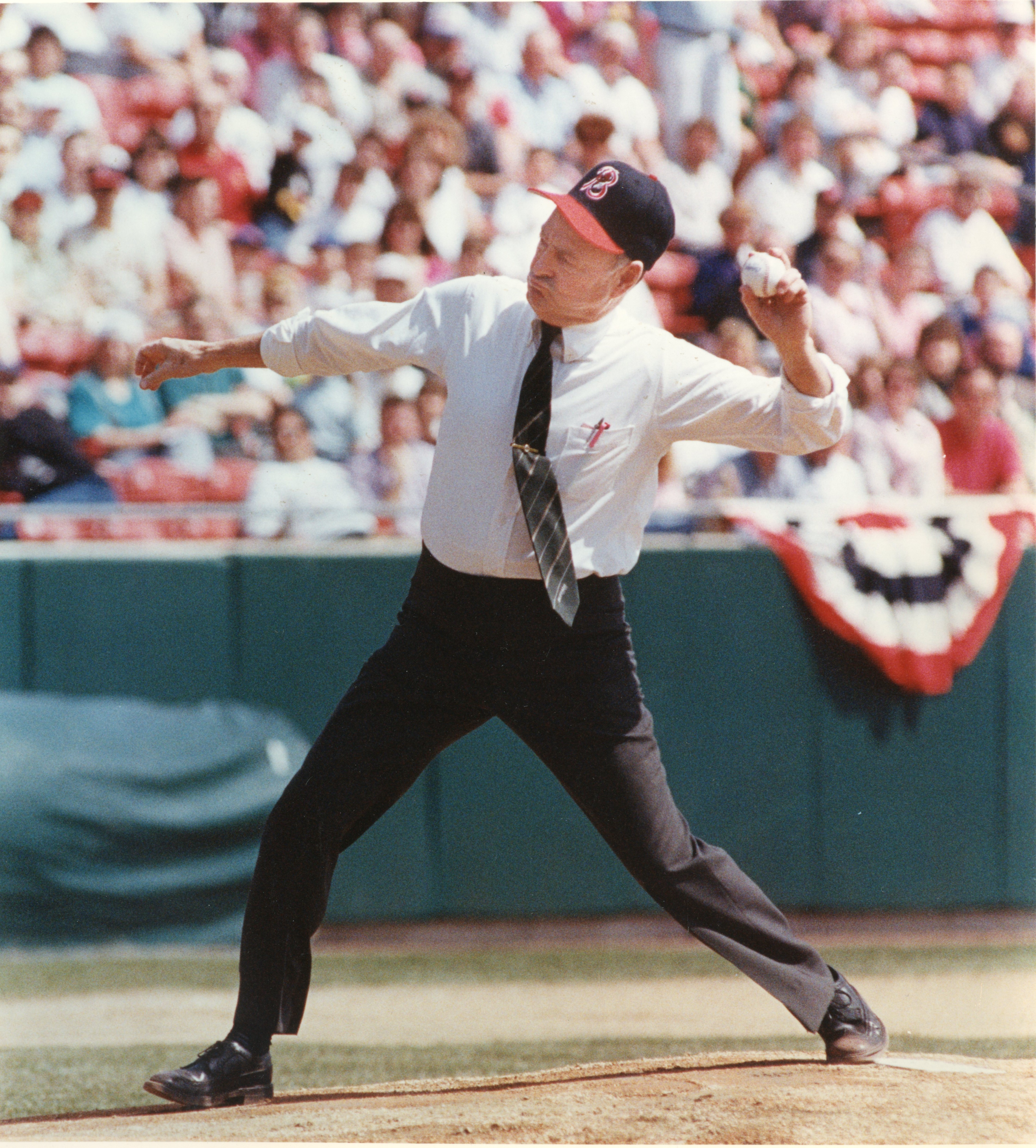 Jimmy Griffin’s dream-turned-reality for a downtown ballpark helped spur the rebirth of a Buffalo neighborhood and nearly brought a major league baseball team to Buffalo.

It was doing what might have seemed impossible for Buffalo on the face of it. A new, $56 million baseball stadium right in the middle of city that, over the previous decade, had become the butt of national jokes about blizzards, toxic waste and shuttered industry.

“We get screwed by the national media all the time,” said Irv Weinstein at the time. “Johnny Carson and those jerks.”

But the new ballpark was different. People from all over the country came to look at how Pilot Field was built and how it worked. It helped bring about a renaissance in inner-city pro baseball not only in Buffalo, but around the country – most notably in Baltimore, where the Orioles and the city followed the lead of Buffalo and the Bisons when they built Camden Yards.

There was excitement for what the ballpark had started, and in one case, maybe a little too much excitement. There was the time that Bisons owner Bob Rich walked into a summer 1990 major league owners’ meeting, “reached into his pocket, and pulled out a blank check that he hoped would be a down payment on a major league future,” according to an Associated Press report at the time.

Major League Baseball was expanding by two teams, and Rich and the Bisons were players in the conversation up until the teams were eventually awarded to Denver and Tampa.

Big league dreams were never realized, but the opening of Pilot Field in 1988 was one of the early large-scale success stories that became a part of the new Buffalo story that’s still being written. 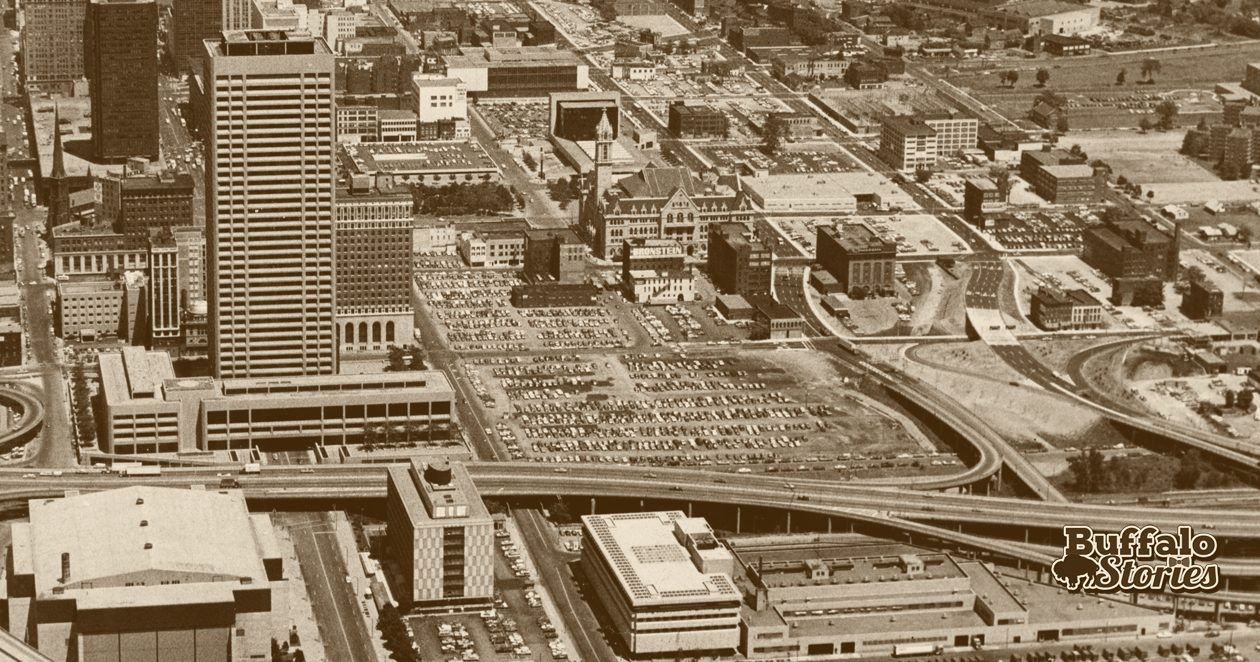 A 1985 aerial view of the parking lot where the Bisons’ home ballpark would be built in the coming years. (Buffalo News archives)

By the time the mid-1980s rolled around and the plans for what would become Pilot Field were well into the pipeline, the spot where Coca-Cola Field now stands was mostly a parking lot.

The most notable building that once stood there was the Hotel Buffalo – which was built by Ellsworth Statler in 1907 and was called the Hotel Statler until the much-larger building we still know as the Statler was opened in 1923.

[Related: What it Looked Like Wednesday: Lost Vista at Washington and Swan]

The Hotel Buffalo, on the southeast corner of Washington and Swan streets, was torn down in 1967, and soon thereafter, demolition also began on the other side of Washington Street for the Marine Midland Tower.

Ground was broken on the downtown ballpark in 1986. Since opening in 1988, the field will have its sixth official name when Coca-Cola’s naming rights sponsorship runs out at the end of this baseball season. 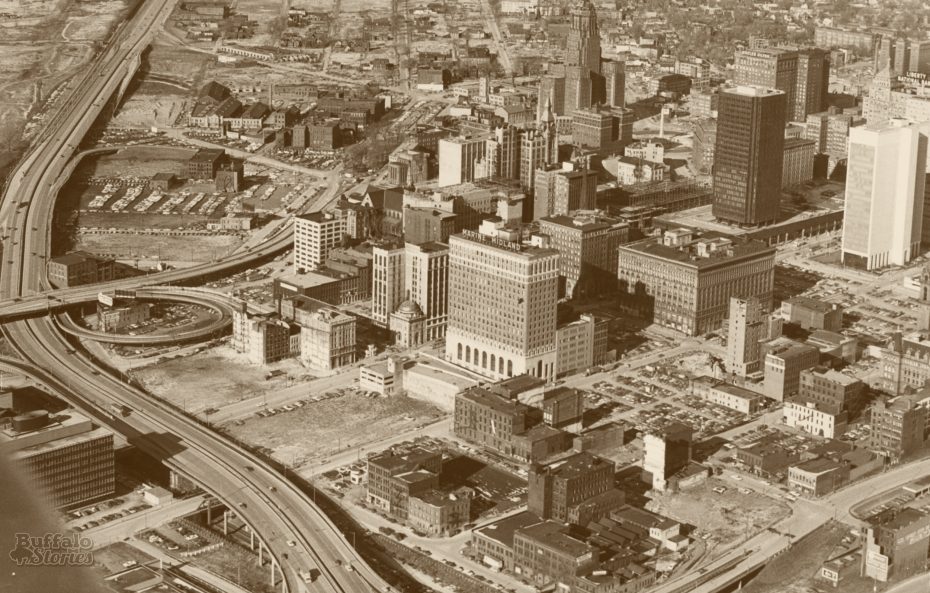 After 1967’s demolition of the Hotel Buffalo, before the 1970 construction of the Marine Midland Tower.