To the surprise of virtually no one, BSC Raiders claimed the 2018 Buffalo & District Soccer League Premier Division title, sealing the club's first-ever Treble and undefeated season. And while it's tempting to include most of the champions' starting lineup in this end-of-year awards column, several other players on the league's other 11 teams stood out enough to warrant recognition.

With apologies to relegated East Aurora FC and Soho FC for not having players included in this 18, here's the final product, determined through the insight of BN Soccer and from discussion with several Premier Division managers.

Why: No one expected Wolfpack to avoid the drop, much less sneak into the postseason and upset BUSS before losing to the eventual champions.

What a final campaign for co-managers Renkas and Chris Moonan, but it was the colorful goalkeeper who truly stood on his head in several matches, most notably the quarterfinal against BUSS.

Since the league isn't quite meticulous enough to record statistics for saves, it's difficult to statistically support Renkas' inclusion, but - setting aside a forgettable day against Lackawanna FCY - he conceded just 16 goals in 11 games, despite facing heaps of quality chances. 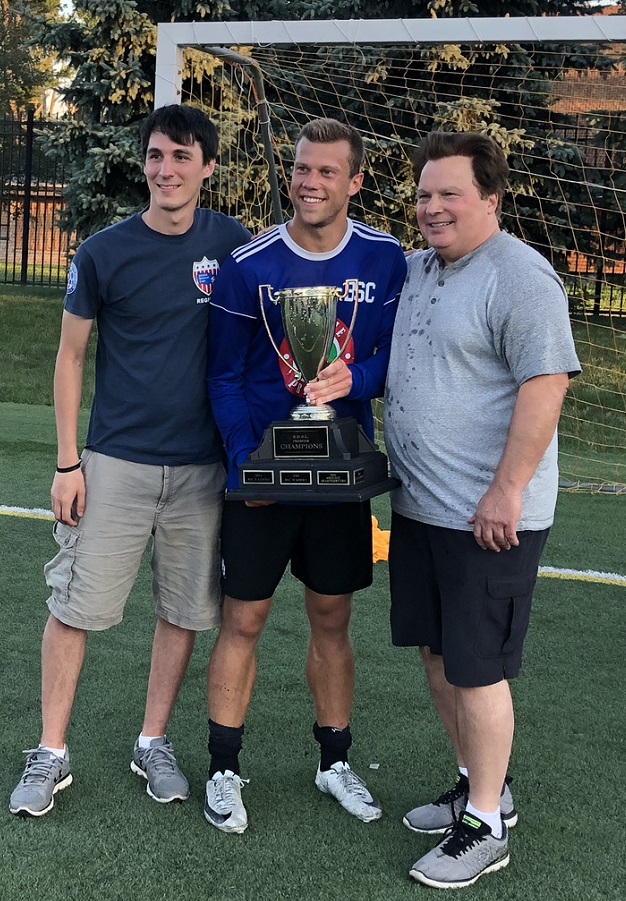 Why: There's a case to be made for Derkacz to earn BDSL player of the year honors, if such an award exists.

The University at Buffalo's women's associate head coach is an asset in every phase of the game: he's a leader and organizer in the back line, top-notch set-piece taker, intelligent defender and tempo dictator for the league champions.

Why: The other Raiders center back is a suitable foil to Derkacz; former FC Buffalo defender Kyle Rogers is a beast of a tackler, almost never gets beaten for pace, brings a bit of competitive fire and can still chip in offensively when needed.

BSC's league statistics speak for themselves: 13 games, just six goals against, and five of those from the penalty kick spot.

Why: Wolfpack's collective defensive effort led them to overachieve, with Moonan, Jason Curry, Brandon Simoncelli and Zack Griffey providing sturdiness and consistency along the back line.

But it was center back Terpin, in his second full BDSL season after a serious knee injury, who won the vast majority of duels, excelled in the air and rarely made glaring mistakes.

Why: Guess what? Here's another Raider. Johnson was the focal point of our championship recap, where the Kenmore East/Buffalo State/University at Buffalo product's leadership and selflessness were lauded.

BSC could confidently attack the opposition's right side, knowing that Johnson and outside midfielder Matt Grabowski would win the physical battles and provide an extra number both in attack and defensively due to their speed and work rates.

Why: Now in his senior season with Metro Atlantic Athletic Conference's Rider University, Crawford dominated as part of Sharpshooters' spine throughout the run to second place.

Three goals and four assists in the regular season weren't shabby for a player whose responsibilities were primarily in the middle third. His absence in the final against Raiders was glaring, as the destroyer would have complicated the efforts of a deep and patient BSC midfield.

Why: The International Prep alum's three goals and seven assists, across all competitions, put him among the elite passers in Premier, and his vision, poise on the ball and deception stick out from his other traits.

BUSS' horde of attackers must be thankful for Musse's presence, as their runs into space are often rewarded by an early through ball or switch of play. 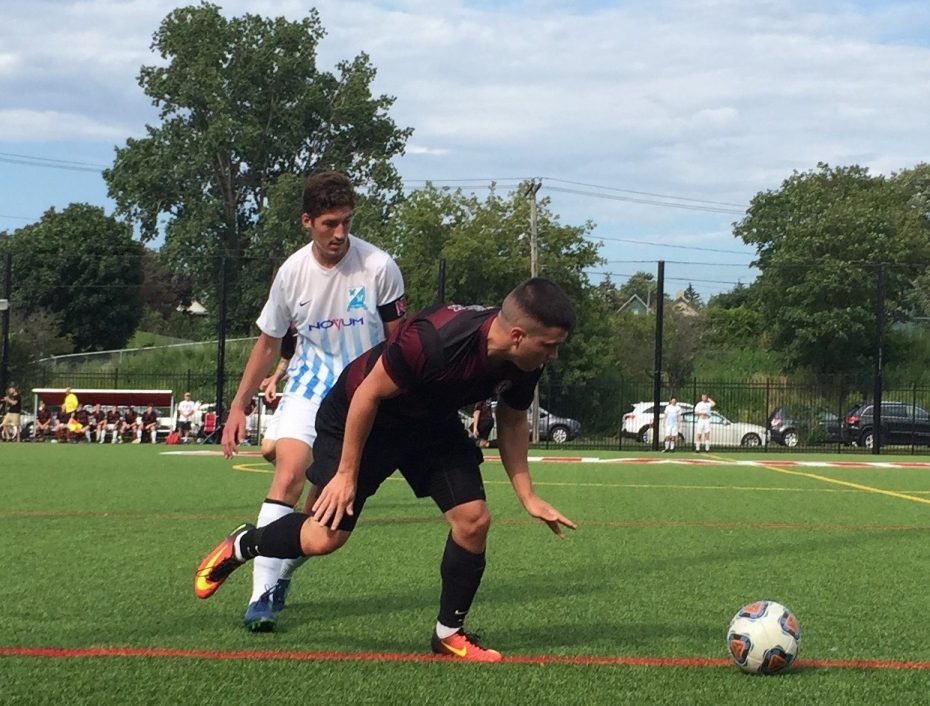 Why: For a team that commits so much energy to defending, the goals still must come from somewhere. Although Wolfpack didn't score much in 2018, the contributions from wrecking-ball winger Cal Richards (five goals, four assists) were often crucial.

Few BDSL players possess his size-speed combination, and his surges down the wing, often through two or three defenders, quickly made the opposition respect his threat. Teammate Rick Fleck, a former Raider who scored five times in his debut season with Wolfpack, certainly benefited from Richards' dynamism.

Why: The former Rochester Rhinos attacker and longtime member of FC Buffalo kept humming in men's league, showing off his well-rounded ability this season.

While his seven regular-season goals were low, by his standards, his seven assists - plus two in the championship game - lent credence to his unselfish approach.

When he needed to, though, McFayden could take over in the scoring column - his five goals across the final three rounds of the Tehel Cup proved the point. 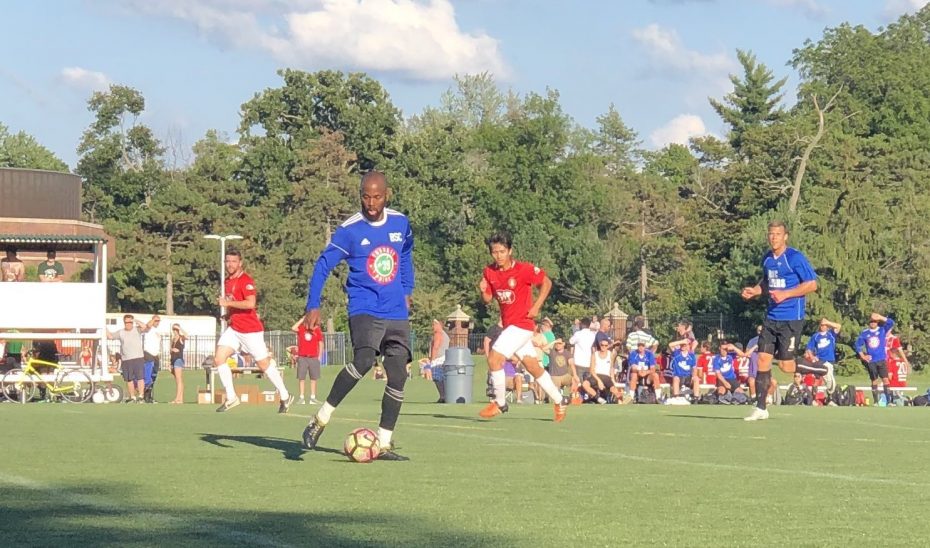 Kendell McFayden, with the ball, assisted on two of Raiders' three goals in the title win. (Ben Tsujimoto/Buffalo News)

Why: Glued to the bench at FC Buffalo, Shawish had plenty of energy to unleash on the BDSL, tormenting defenses to the tune of 22 goals - by far the most in the league - in only 10 games. Credit the former Lackawanna Steeler great with constantly working to improve his game; Shawish is more than just the speedy breakaway-specialist he was coming out of high school.

Expect great things in his two years as an upperclassman at Buffalo State, especially if he's deployed as a striker.

Why: The newcomer from Los Angeles carried the Southtowns FPFC offense when he was available, pacing the team in both goals, with seven, and assists, with three.

His four-goal outing against Soho FC was among the season's top individual performances, and his strength on the ball and impressive work rate were a thorn in opponents' sides throughout the campaign. 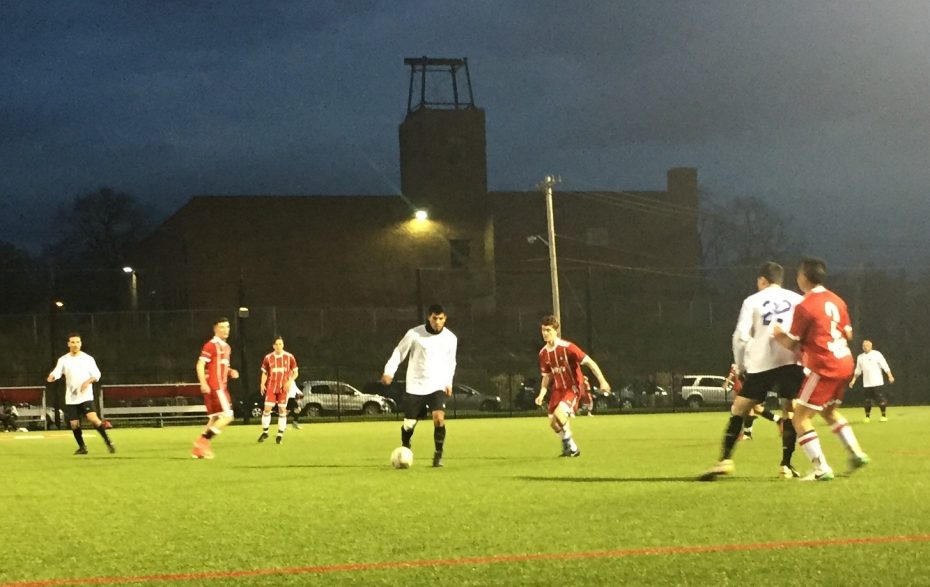 Why: Suazo's recruiting, leadership and ability are invaluable to BUSS, and it's tough to understand how he can be so effective despite being a decade or more older than much of the rest of this 18.

Though he gets nudged from the first XI this year because of the depth of the position, the center back was a major reason why the orange-clad side conceded just 15 goals across 11 games, tied for second fewest in Premier.

Why: The transfer from Orchard Park Alliance, who plays college soccer for Rochester Institute of Technology, adapted quickly to the BDSL's top tier, bruising and bullying forwards while proving competent with the ball at his feet. His center back partnership with Dylan Duncan was arguably third-best in Premier, just behind Derkacz-Rogers and Suazo-Josh Hammer.

Why: The presence of a dangerous second forward cautioned opponents from focusing exclusively on containing Shawish, as Nageeb Ali's return to Buffalo produced eight goals and four assists. His dependability, too, was key to Faress Saleh's squad, which struggled for numbers at times this season.

Why: Much like Johnson for Raiders, Reid embraced a role as an outside back, although he did see time up front, too. Celtic United's remarkably disappointing campaign - considering the overall talent level of the side - can't be pinned on Reid, who finished with two goals and four assists, while remaining healthy and showing up regularly, which was more than many of his teammates can say.

Why: While BDSL's Premier Division is crammed with former college players, the fitness and desire of current college athletes lends a serious edge.

A midfielder for Ohio Northern University, Bachwitz excels both centrally or on the wing, and when he's present Willies were certainly not a relegation-worthy team.

Why: The former Iroquois High School standout was a sturdy, consistent part of Sharpshooters' runner-up campaign, positioning himself well defensively and breaking up attacks regularly.

Although superb BUSS center back Josh Hammer, underrated Clarence fullback Kenny May and Soho all-purpose player Kyle Wiatrowski can all make compelling arguments for inclusion, Braun was more vital to his team's success from beginning to end. 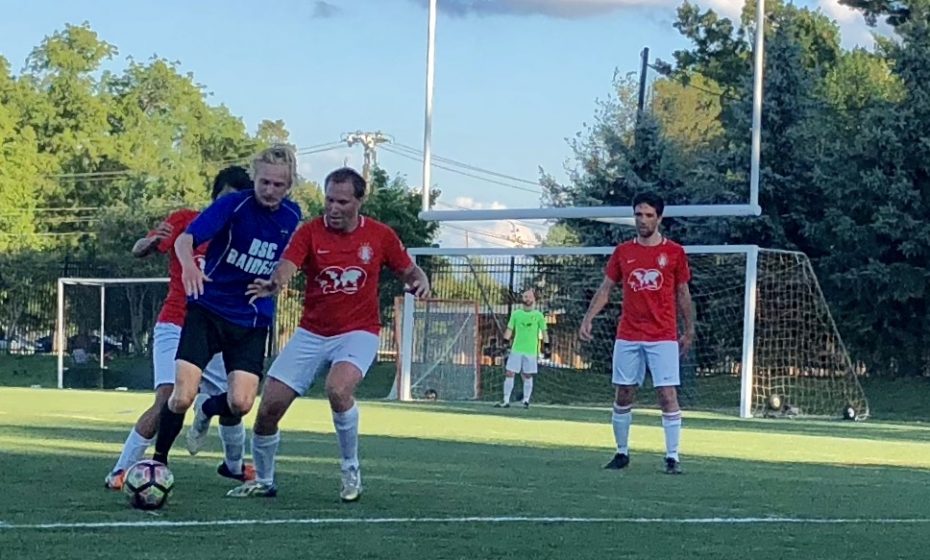 Why: Typically a Premier Division playoff team, Clarence's 10th-place finish was a little alarming, and don't be shocked to see a radically changed side next year.

But the well-traveled Boughton, who played a part-time role for FC Buffalo this year and found the scoring column for the National Premier Soccer League side, remained one of the BDSL's best assist men, registering six in the regular season.

*Stay tuned to learn BDSL Rumors' Best XIs, which are much more elaborate than ours and cover all of the divisions.