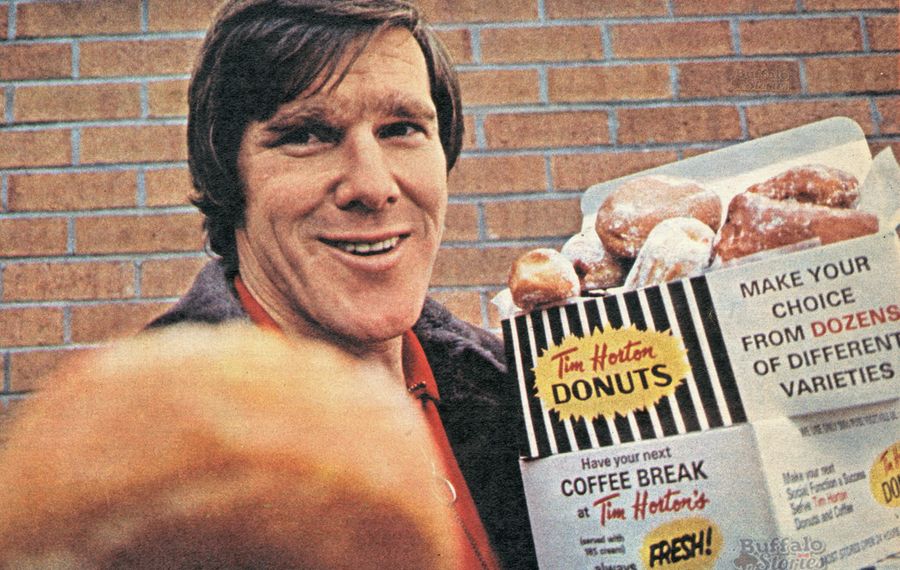 There were 33 Tim Horton Donut shops, mostly across Southern Ontario, when the Buffalo Sabres defenseman spoke with Canadian Magazine in 1973.

“I devote more of my time to doughnuts now more than hockey,” said the 43-year-old Horton, while still an assistant captain with the Sabres. He was pumping his entire $125,000-per-year NHL salary into expanding the doughnut business. But that’s not all that was expanding.

Horton said it was expected that he’d eat three or four doughnuts every time he visited a store.

His favorite, the orange twist, is one of the 57 different kinds of doughnuts that were then offered at his shops. The orange twist has been gone for decades, but there are Facebook pages devoted to bringing back the namesake’s favorite doughnut.

Tim Horton’s second favorite Tim Horton doughnut was the apple fritter, which was invented by the company and remains popular to this day. 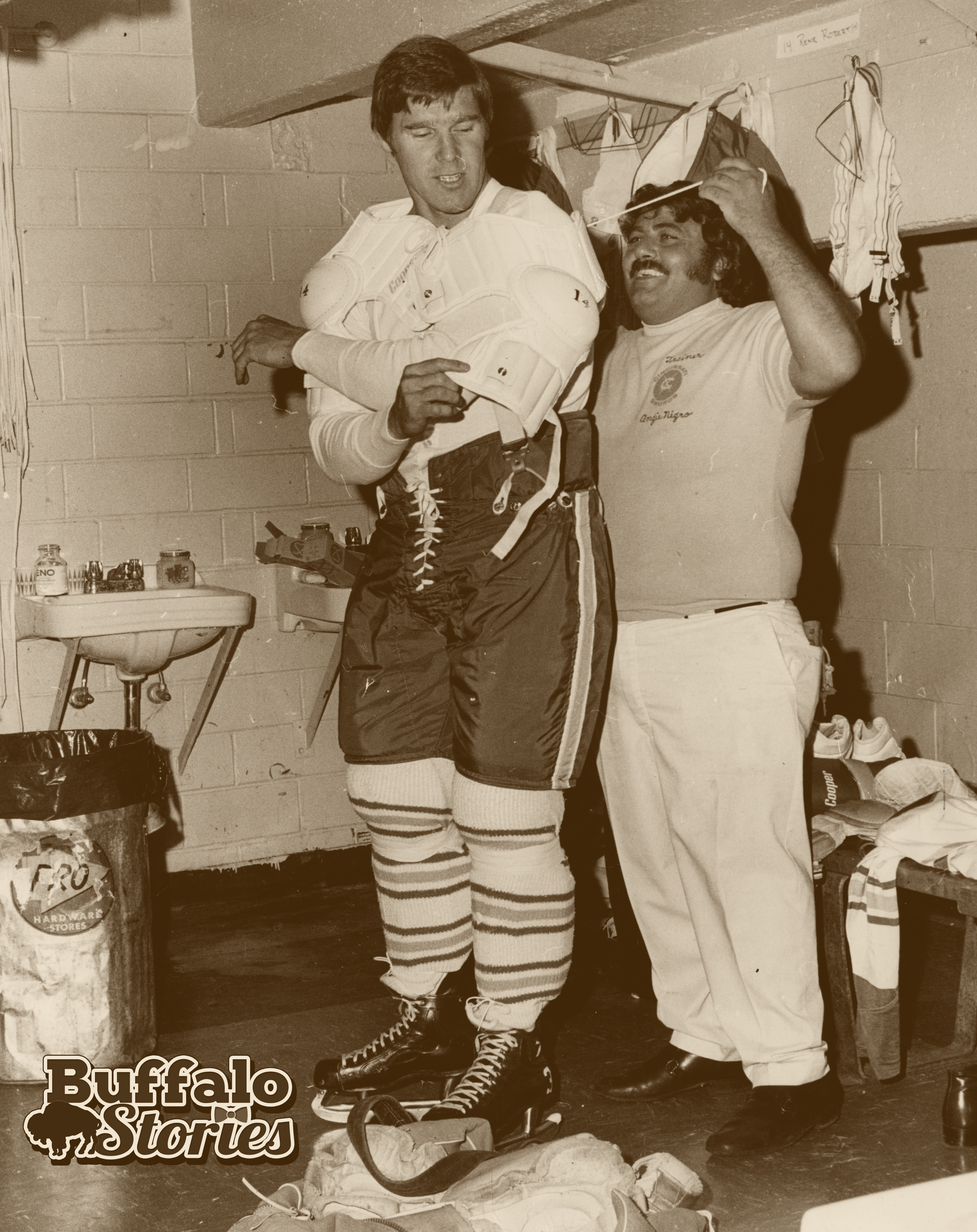 Around 1960, the Hall of Fame defenseman started thinking about his post-hockey career while he was playing for the Toronto Maple Leafs. He decided on food sales, but his first attempt – a hamburger stand – ended disastrously. His four Toronto-area hamburger drive-ins went bankrupt in 1963.

The next year, with friend and former police officer Ron Joyce, he opened the first Tim Horton Donut shop in Joyce’s hometown of Hamilton, Ont.

That first shop was open 24 hours a day, seven days a week, and it was a place where Hamilton’s steelworkers could afford 25 cents for a couple doughnuts and a cup of coffee. The first franchisees, in 1969, were some of Joyce’s old retired cop buddies. A few years later, Horton was making plans to open the Fort Erie store that many Buffalonians remember as the place they got their first Tim Horton coffee or doughnut.

These days, there are more than 4,600 doughnut shops with his name on the sign, but despite that, Tim Horton "couldn’t make a doughnut to save his life."

“(Partner) Ron (Joyce) took me aside for a week and tried to teach me,” Horton told writer Lawrence Martin, “but I got burned all to hell. Baking doughnuts is worse than fighting in a war. I intended to learn, though, when I get out of hockey.”

Sadly, that chance never came. A year after this article was published, Horton was driving himself back to Western New York from a Sabres-Leafs game at Maple Leaf Gardens. He died in a single car crash on the QEW.