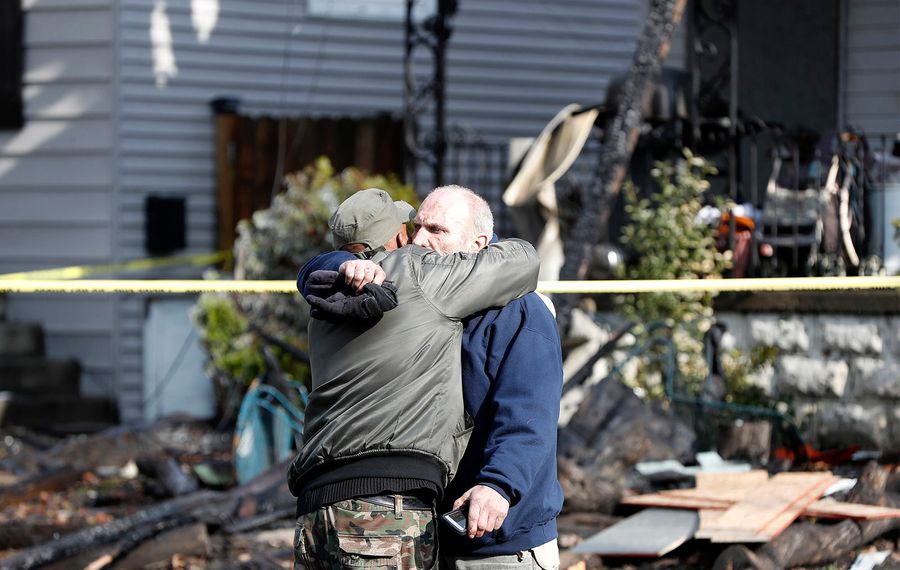 A Buffalo man who ignited a house fire that killed his 7-year-old son pleaded guilty Friday to criminally negligent homicide – and he caught a break with that plea, the district attorney said.

Joseph Conti's “conduct was so reckless that I could easily charge manslaughter in this case,” Erie County District Attorney John J. Flynn said after the plea hearing in State Supreme Court.

Conti, 54, told authorities he accidentally set the house on fire at 2:42 a.m. on Jan. 29 after lighting a cigarette with a propane blowtorch. He said he set the blowtorch on the edge of a bed, which ignited a mattress and the fire spread throughout the house.

Conti, his wife, Lisa, and four of their five children made it out of the burning house safely. But Anthony, a second-grader at Lovejoy Discovery School, was pronounced dead at Oishei Children’s Hospital from smoke inhalation. A firefighter found him in the kitchen of his family's burning home at 59 Benzinger St., about 4 to 6 feet from a bedroom.

“After I get all these facts, I’m presented with an awful decision here," Flynn said. "What do I do to a father who has just lost his 7-year-old son, who knows that he caused his son’s death. I lost a lot of sleep over this case. This is a tough case, but nothing is going to bring back that little boy at all,” Flynn told reporters who assembled in his office after the court hearing.

“I’m basically stuck with either letting him off scot-free or a homicide charge here. There’s no in between," Flynn said.

"So, I made the decision I’m not going to charge him with manslaughter," he said. "I gave him a break because he’s the father here. He obviously feels awful here. This is an awful situation, but I can’t let him go, and that’s why I charged him with criminally negligent homicide, which is the lowest form of homicide here.”

Conti, accompanied by nearly a dozen family members, accepted a plea deal before Justice Paul B. Wojtaszek. Conti was released on his own recognizance. As Conti and his entourage left the courtroom, he was asked if he had anything to say. A female voice yelled, "No!" as they walked by TV cameras, from which they attempted to shield Conti. 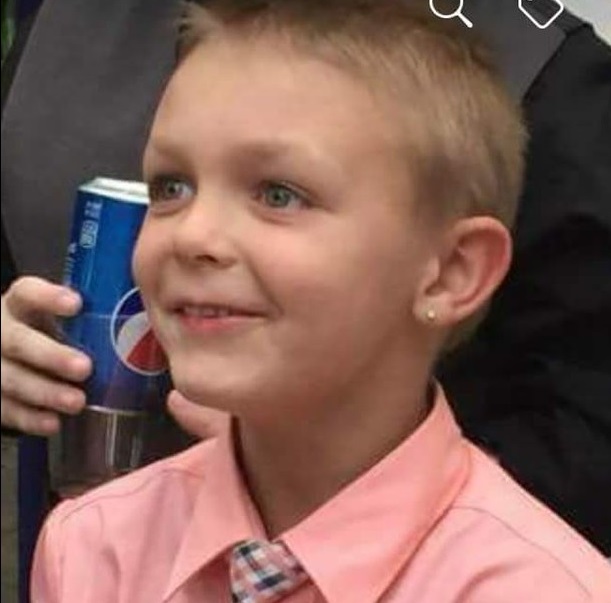 Anthony D. Conti, 7, died after a fire in his Lovejoy home on Jan. 29. (Photo courtesy of the Conti family)

He will likely be sentenced to six months in prison and five years probation when sentenced Nov. 9 by Wojtaszek.

Wojtaszek said Conti could have faced a maximum of four years in prison, five years probation and a $5,000 fine. Because of Conti's plea, however, Wojtaszek agreed to impose a split sentence, with the condition that Conti does not commit another crime.

Flynn said he was anguished over what charge to file against Conti. The father was not supposed to be at his family's home on the night of the fire, because his wife had received an order of protection from him four weeks earlier.

Flynn also doubts Conti's account about how the fire started. Conti told investigators that he shut off the blowtorch after using it to light a cigarette and left it on the edge of the bed which, it was suggested, caught fire from the heat of the device.

“He thought that he turned the handle off … and he says that he put the blowtorch on the edge of the bed … so the hot end wouldn’t be on the bed," Flynn told reporters.

"I don’t believe him, because one, the blowtorch was found in the middle of the bed. It was not found on the floor. It didn’t fall off. The second reason why I don’t believe him is because we tested the torch,” Flynn said.

Flynn said the torch was tested at the Erie County Fire Training Academy in Cheektowaga, using the device's full setting for various periods of time, from 30 seconds to two minutes. It was tested on bedding and shredded paper, none of which ignited, Flynn said.

Flynn said he concluded Conti left the ignited blowtorch on the bed after he used it.