Public pressure mounted on Bishop Richard J. Malone on Friday as a congressman, two other public officials and a prominent Buffalo businessman who serves as a church deacon called upon him to resign because of his handling of clergy abuse cases.

A Catholic radio station in Buffalo – WLOF-FM, Station of the Cross – posted a statement on its website, saying Malone "covered up for predatory priests" and should resign "immediately" as bishop of the Catholic Diocese of Buffalo.

Paul L. Snyder III, chief executive officer of the Snyder Corp., told The Buffalo News it is time for thousands of Catholics in Western New York to “rise up” and insist on changes in their church.

Snyder, a longtime church volunteer who serves as a deacon in his parish, said he believes that recent news reports about Malone’s handling of clergy abuse allegations show that he and other top diocesan officials have been involved in a “cover-up” and that it is time for Malone to resign.

In his letter to Malone, Snyder said the bishop's "conduct to mask the truth from our Community, demonstrates that you have been seriously negligent in your duties as the leader of our Diocese,” Snyder wrote to the bishop. “I … respectfully ask for your resignation from the Catholic Diocese of Buffalo.”

"I do believe that we are going to see a statewide investigation of how dioceses throughout the state handled these cases," Higgins said after a lengthy talk with Flynn. "I urge the Attorney General's Office and the district attorneys to move forward with all due diligence."

Burke accused Malone and other diocese leaders of orchestrating a cover-up that "perpetuated sexual crimes against children."

"If any other organization were responsible for conspiring to hide pedophiles among its ranks, the public would demand the immediate resignations of anyone in leadership," said Burke, a Catholic who is running for state Assembly.

Malone and other Buffalo Diocese officials declined to comment Friday on calls for the bishop to resign. A diocese spokesman, George Richert, sent an email to all the diocese's priests and deacons, advising them of the calls for the bishop's resignation and asking them to pray for Malone. 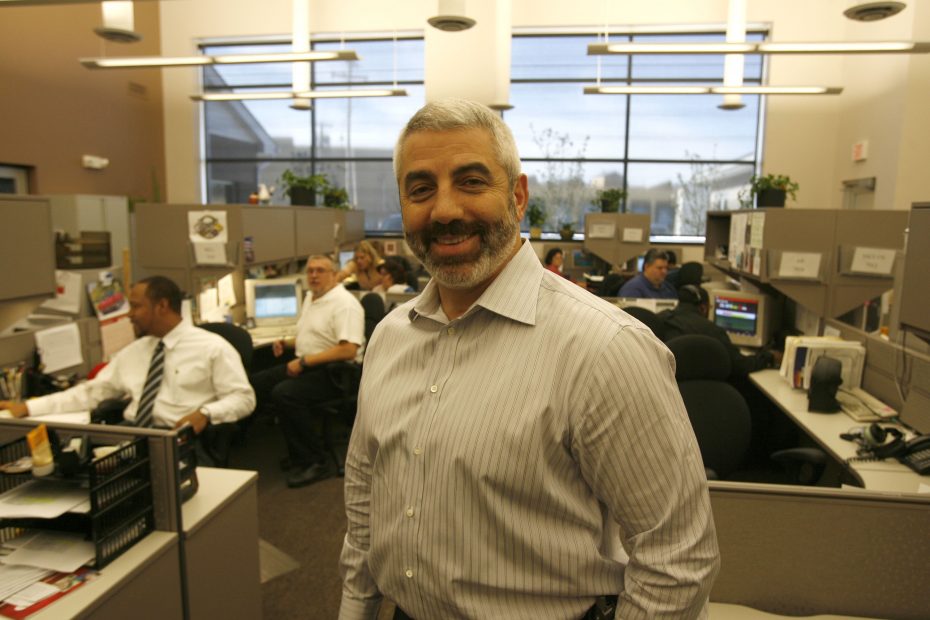 Snyder, 57, of Amherst, said he has been deeply concerned about the diocese and its handling of clergy abuse incidents since before he became a church deacon 15 years ago. Deacons serve as volunteer leaders at many parishes in Western New York. A deacon does not have all the sacramental powers of a priest. They assist priests at Masses and other religious services and sometimes preach sermons during Masses.

He said those concerns have peaked in recent months, with revelations in the local news media of child molestation incidents involving more than 60 priests who have served in the diocese. He said he was outraged earlier this month when a massive Pennsylvania grand jury report on clergy abuse criticized the Buffalo Diocese for sending the Rev. Michael Freeman to work in Pennsylvania after he had been involved in five molestation incidents in the Buffalo area.

But for Snyder, the final straw came this week when a WKBW report alleged that Malone and other diocese leaders were involved in covering up allegations that Snyder’s own pastor – the Rev. Robert Yetter of St. Mary’s Catholic Church in Swormville – engaged in inappropriate conduct with adult men, including one who said Yetter tried to kiss him and grab his groin.

“I’ve served with this man for 15 years, served on the altar with him for many Masses,” Snyder said. “I cannot believe that our bishop would fail to notify our parish members and those of us who serve as volunteers about these allegations.”

“For me, it has been 36 hours of shock, anger and hurt since I saw this report about Father Yetter, our pastor,” Snyder told The News. “This breaks my heart. Father Yetter made a sudden announcement in July that he was retiring. None of us were told why, but now we know why.”

Although the diocese declined to comment, The News obtained a copy of an email sent to Snyder from Terrence M. Connors, who has been lead attorney for the diocese during the clergy abuse scandal.

Connors defended the bishop’s handling of clergy abuse cases and asked that Snyder meet with the bishop to discuss his concerns.

“(You) raise issues that our Bishop has carefully considered,” Connors wrote to Snyder. “I have personally sat with him as he agonized over tough decisions addressing the delicate balance that exists on the many issues that surround the sexual abuse crisis. I am confident that if you saw the commitment and effort I have witnessed personally that you would have a better understanding of the devotion Bishop Malone has displayed to the management of the Diocese. I recommend that you consider scheduling a meeting with Bishop Malone to air your issues when he has an opportunity to respond.”

Higgins, who is Catholic, said he was especially upset by a report on clergy abuse and cover-ups put out by a Pennsylvania grand jury earlier this month, and WKBW's investigative report on Malone's handling of allegations against Father Arthur Smith.

According to the WKBW report, Malone assigned Smith last year to a Depew parish, Blessed Mother Teresa of Calcutta Church, despite repeated allegations that Smith had engaged in improper conduct with children and adults in his role as a priest. According to the TV report, Malone was fully aware of accusations against Smith and that he had been treated at a psychiatric facility.

And although he was aware that Smith in 2013 had been relieved of his duties at a Clarence nursing home after two men made allegations of improper sexual advances, Malone wrote a glowing letter of recommendation for Smith to an organization that provides priests to act as "chaplains" on oceangoing cruises, the TV report said.

Smith is "a person of good moral character and reputation," Malone wrote in the letter of recommendation, adding that he was "unaware of anything in his background which would render him unsuitable to work with minor children." Smith wound up getting his job as cruise ship chaplain, according to the TV report.

Flynn, the Erie County district attorney, said his office is investigating Smith, Yetter and how their cases were handled by the diocese.

"If we find criminal wrongdoing, and it is within the statute of limitations, we will move forward," Flynn said. "I am also in discussions with the criminal division of the Attorney General's Office about taking part in a statewide investigation. I told them I am on board 100 percent."

"I think it has been made very clear that the Buffalo Diocese cannot be trusted to investigate itself when it comes to these issues," Higgins said. "There are many good priests in Western New York, but there are serious systemic problems."

In addition to serving as a church deacon, Snyder the Buffalo businessman, has also been active in other church activities. He is a former board member of Catholic Charities, of Baker Victory Services and of Christ the King Seminary, where priests are trained.

He said it was no easy decision for him to ask Malone to resign. He said he has been worried about local clergy abuse of children since 2002, when he was working on his studies to become a deacon. He said he asked then-Bishop Henry Mansell to meet with him on the clergy abuse issue.

“I met with Bishop Mansell and asked him, man to man, face to face, if there was a cover-up in this diocese,” Snyder said. “He told me, there’s no cover-up, the problems have been dealt with, there is no longer a problem in this diocese.”

Snyder said his worries were reignited earlier this year, as victims of clergy abuse began to come forward in stories in The News and other local media.

“Clearly, there is a problem, and there has been a cover-up,” Snyder said. “The Pennsylvania grand jury report was horrific, and I think the time has come for our state to conduct the same kind of investigation. Yesterday, we found out that our diocese is ending its adoption program because they don’t want to help homosexual couples to adopt children. So our diocese covers up for priests who molest children, but they won’t allow homosexual couples to help children. To me, that is the ultimate hypocrisy. If you ran a business this way, and covered up for child molesters in your company, you’d be put in jail.”

Snyder said he does not believe the situation will improve until “thousands” of Western New York Catholics demand a new approach.

“This is not just about the problems at my parish. It’s a much broader problem,” Snyder said. “It’s time for the Catholic community to rise up.”