David Hart is getting excited.

In just a few days, the owner and head of Hart Hotels will open the Buffalo-based hospitality firm's newest destination resort, just outside Jamestown on Chautauqua Lake.

Located in the village of Celoron, on the eastern tip of the lake, the Chautauqua Harbor Hotel features 135 rooms, many with outdoor balconies and views of the lake.

It also offers an indoor pool and jacuzzi, an outdoor pool, a fitness center, a lakeside bar, a ballroom that can seat 300 for dinner, and a separate conference center. And the nine-acre property sits on the water, with 1,100 feet of frontage, a rebuilt lake wall and a bridge to an island that used to be part of an old amusement park.

Built at a cost of $38 million, the new hotel is the 11th operated by Hart, which also has three hotels in the Buffalo area, one in Batavia, one in Ithaca and one in Burlington, Vt.

But it's only the fourth in its elite new Harbor Hotel collection, designed to appeal to travelers' desire for waterfront luxury. Previous locations opened in Portland, Maine, followed by Watkins Glen in the Finger Lakes, and then Clayton on the St. Lawrence River in the Thousand Islands region of New York.

The three New York hotels were built in partnership with developer Peter Krog, a longtime friend of Hart's, who first brought up the idea.

The other three already met with acclaim from both guests and the hotel industry, even receiving four-diamond accreditation. Hart expects nothing less for his newest, which will open on Aug. 30, with a ribbon-cutting on Sept. 6. And he's working on plans for more. 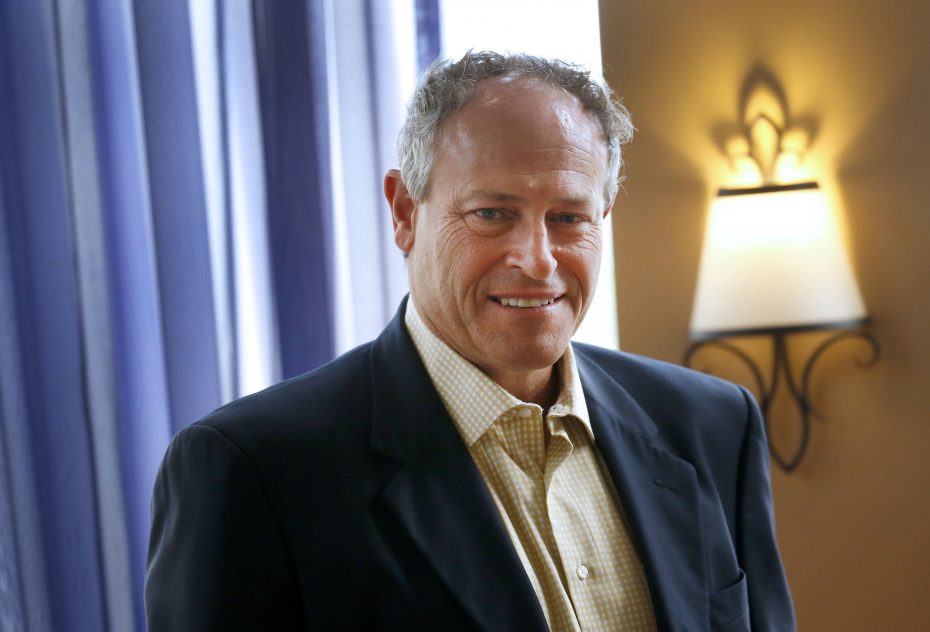 "This is going to be truly built to be a destination hotel," said  David Hart of the $38 million Chautauqua Harbor Hotel set to open Aug. 30.  (Robert Kirkham/Buffalo News)

Buffalo News: What is the Harbor Hotel Collection?

David Hart: It started very meager, with the idea of doing an independent hotel in Portland, Maine, with a collection of out-of-town partners that I had done business with for other hotels in New England.

We had such a good start in the industry as an independent hotel that when Peter Krog asked me to partner with him on the hotel in Watkins Glen, I said to Peter, with this site, and this market, in the wine region, what it really demands is a full service, upper-upscale hotel. And by that I mean Triple-A, Four-Diamond-rated and truly full service, with a restaurant, bar, high-level fit and finishes. We’re going to take a chance here but this is what this site really demands.

We’ve had great success down there. And then I felt, when we responded to the request for proposals for the Clayton community back in 2011, I knew immediately what we wanted to do. And with Chautauqua, we had the chance to buy this owned real estate from Northwest Bank, so it just kept on clicking.

I feel like we have a little boutique brand in our company that has shown some receptivity out in the travel and hospitality marketplace.

BN: So it didn't start out with this style?

DH: The first one in Portland, we definitely wanted the fit and finish, and the amenities were definitely intended to attain the Four-Diamond accreditation. Then we felt that if we were going to grow it, as a brand, we had to have some consistency. Then each hotel would grow with some regional flavor.

But there are definitely some foundational aspects that run through all four of them, and will continue to run through future ones, for which I continue to look at opportunities. There’s a baseline of objectives and initiatives and customer delivery, that if you’re going to have a brand, you have to have a platform that you’re going to rely on, and that’s the way we put it together.

That also makes it easy to market and promote.

BN: How did you decide on Chautauqua?

DH: We have a very good relationship with Northwest Bank. They were the financier for the Watkins Glen and Clayton properties.

Interestingly, in discussions with them back in 2013 and 2014, they said we’ve got this owned real estate, this piece of land, that a previous developer tried to develop into residential. We had to take it back and it's a big piece of property right on the lake in Celoron. You should take a look at it.

Peter and I had a great relationship with them. One thing led to another, and we bought it from them. We just felt that it’s 1,100 feet of frontage and nine acres.

Once we did the market study, we felt it’s a great opportunity to grow our footprint in an area of need. The Southern Tier is in a revival. Chautauqua Lake needs this type of accommodations, meeting space, lakeside food and beverage that we’re going to deliver.

And we felt that it was hand-in-glove down there. It would take some time to do it, and there’s some risk. But it was serendipitous that our financier had this piece of owned real estate.

We bought the property in 2014, and here we are today.

BN: Besides the basic features, what does the new hotel offer?

DH: We were fortunate, because our deeded interest included the old island that was part of the amusement park. I've seen old photos of the swing that used to operate on this island.

So we rehabbed an entire lake wall around our frontage and the island. The island actually grew a little bit. The island is going to be a great area for sunset-watching. We can do weddings, other parties, entertainment out there, and then on the south side of that, we’re going to restore the bridge.

We’ll have what we’re calling the Carousel Bar. There were two prominent carousels that were part of the attractions at the old amusement park, so it’ll have a carousel theme to it. It’s a substantial timber building that’s an octagon, and in my opinion it’s going to be an iconic part of the Chautuaqua waterfront for years to come. It’s going to be a great place to hang out.

BN: How will you produce that demand?

DH: There’s a number of demand-generators that will help us with our business proposition.

The comedy center opened, and it is a really fantastic tribute to comedy, and it’s highly interactive.

So we formed a great alliance with them. We sponsored one of the comedy rooms, and we also allocated space off our lobby for a little satellite room dedicated to the comedy center, and they will control the content right there in our lobby.

But there's many other things. First off, there’s the lake, which draws many people to it, hundreds of thousands of people to it. So being on the lake and associated with the lake is an important part of our program.

Obviously, the Chautauqua Institution, which is a worldwide name, is only 15 minutes away. So we anticipate we’ll create an alliance over time.

The Seneca Nation has the casino in Salamanca, which is close by. People like to do that, and it’s a short drive from our hotel.

Ellicottville, which has become a year-round destination, is a great place to visit and stay with us. Peak 'n Peek has a lot of stuff going on with skiing and golf.

And other little things like Southern Tier Brewing, Ellicottville Brewing, all of those things add up to create a set of demand-generators that is important in our industry. We can’t draw everybody. People have to come for a variety of things.

BN: Are there opportunities for business or other travelers?

DH: Jamestown is a 30,000-population community. I know it’s been kicked to the curb for many years, but it’s on its way back. And the type of investment you’ve seen from Cummins [at its nearby engine plant] is going to be a really good opportunity to grab Sunday through Thursday business that is not tourism-oriented.

So there is a Southern Tier revival going on, and our opening is perfectly timed. And I really think that Empire State Development recognized that. We have a grant from them, and those were all very, very helpful to us.

Also, we are in a close driving distance here from a number of small to medium-sized cities, like Buffalo, Jamestown, Erie, Cleveland and Pittsburgh. All of those folks look to Chautauqua as a rubber-tire destination. We can look to all those destinations to promote what we’re doing here, so there’s lots of opportunities for us to farm and fish.

BN: There have been other places that have used the name Harbor Hotel, such as a new one in New Bedford. Are they affiliated?

DH: No. Unfortunately, Harbor Hotel is not something we can copyright, and there are others around the country that use that moniker. The one I’m most familiar with is the Boston Harbor Hotel.

We recognize that others are going to use that name, but we’re happy with our branded image.

It’s not the one of the things that keeps me awake at night. That’s what our brand is, and we’re not going to worry about defending our brand.

BN: What is the future of Harbor Hotels for you?

DH: I actually am working on a couple of other spots that I can’t divulge right now. But I see fantastic opportunity for growth for this.

I’m constantly looking to grow our company generally, but the first thing I’m looking for is to grow the Harbor Hotel footprint. The one that’s hottest on the list is not in New York state. It’s in New England.