The Buffalo Bills put a big emphasis on improving their run defense this offseason.

The team made defensive tackle Star Lotulelei a $10 million-a-year player. It traded up in the first round to acquire Virginia Tech linebacker Tremaine Edmunds.

After the first preseason game, things were looking good. The Bills limited the Carolina Panthers to just 53 yards on 26 carries. There was cause for concern in the second game of the exhibition schedule, however, when the Cleveland Browns' starters ran right down the field against the Bills on Friday.

Led by Carlos Hyde, the Browns plowed their way to 63 rushing yards on their first offensive possession, ending with the running back's 4-yard touchdown. Yes, it's preseason, but it wasn't a good sign.

"It's a concern anytime they run the ball successfully, whether it's preseason or the regular season," defensive coordinator Leslie Frazier said Thursday. "You want to really hone that up and get it taken care of, and that's something we'll work on this weekend. You like to find out what some of the issues are during the preseason, so you can work on some of those things the following week and throughout the regular season. I think there are some things that are certainly correctable, and we'll be able to get those questions answered hopefully on Sunday."

The Browns finished Friday's game with 164 rushing yards on 32 carries, so the run defense was an issue all night. 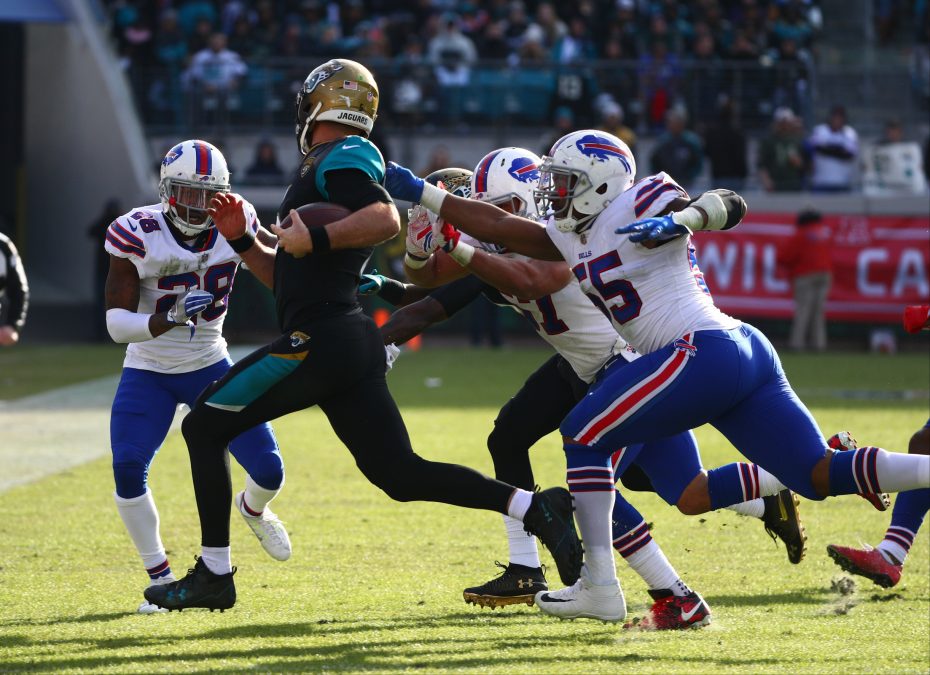 "Not much of a concern, just because we haven't really gotten into the nuts of bolts of breaking teams down in film study," defensive end Jerry Hughes said of the rushing numbers allowed. "I think for us, that was just a great measuring stick of where we are as a defense. We use that film to grow from — see where our problem areas are. We've been working all week at our problem areas — figuring out how we can improve our communication, how we can improve our run fits, so once the games start to count in a couple of weeks, we'll be able to answer some of those questions."

It's fair if Bills Mafia has questions at this point. Buffalo's run defense ranked 29th in the NFL a season ago, giving up 124.6 yards per game. That's why the front office invested so heavily in Lotulelei and Edmunds.

"Tremaine's been tremendous for us at the middle linebacker spot," Hughes said. "He's coming into work early, he's putting in the extra work. He's communicating — which a lot of rookies don't really do this early on. ... He's still learning about himself on the NFL stage, so I think these preseason games are great measuring sticks for him just to kind of see where he can improve, as well as us as a defensive unit. We know we've got some areas to grow, and we'll try to solve those problems before the regular season."

As for Lotulelei, "somebody with his size, his strength, commands a double team," Hughes said. "If you don't give him a double team, he's going to be in your backfield, making you pay. That just works tremendously for us up front because if you give him the double team, you allow us to have those one-on-ones."

"That was one of the things people told me, I wouldn't be too strong at just given my size," he said. "I've certainly tried to go out there and show people that I can be a complete player, be out there on every down, and not have any holes in my game."

The Bills also lost team captain Kyle Williams against the Browns, which didn't help matters against the run. Williams remains week to week with a knee injury. That means rookie Harrison Phillips will line up next to Lotulelei for the foreseeable future.

It wasn't all bad against the Browns defensively. Frazier was happy with the effort on third down, as Cleveland converted just three of 12 opportunities.