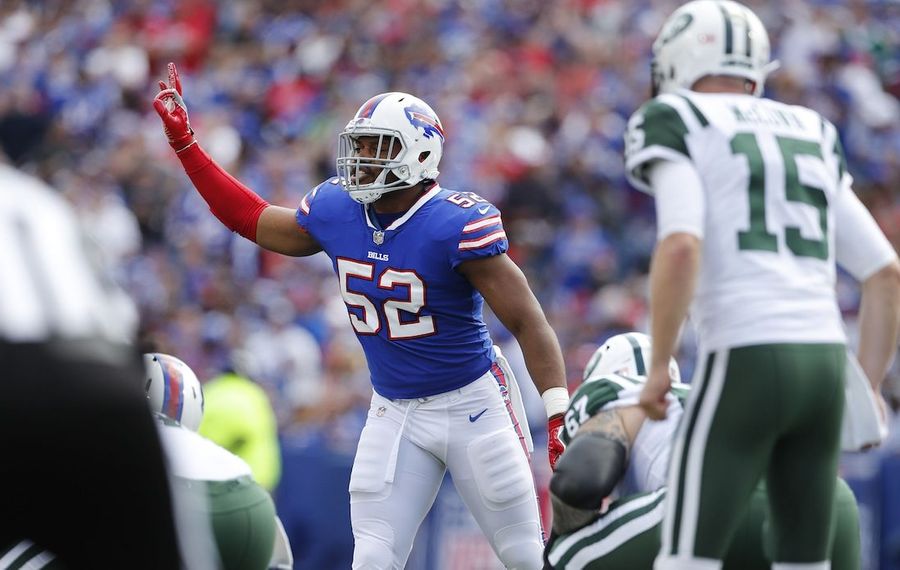 CINCINNATI — Preston Brown would love nothing better than to show the Buffalo Bills what they're missing Sunday.

"Yeah, hopefully I'll get some blitzes, Coach TA will give me some blitzes," Brown said, referring to Bengals defensive coordinator Teryl Austin. "And I'll find a way to get in the backfield and make some tackles for losses and force some fumbles."

It's an ambitious agenda for any game, let alone the third of the preseason, but Brown intends to make his presence felt in the largest way possible.

After all, the middle linebacker spent the past four seasons with the Bills, and Sunday marks his first game at New Era Field in another team's uniform. Say hello to No. 52 in orange and black stripes.

Brown led the NFL with 144 tackles last year, an achievement he and his agent believed would, along with the team's playoff appearance, help result in a major increase over his four-year, $3 million rookie contract. When the Bills wouldn't meet their demands, the 25-year-old Cincinnati native entered free agency. Although he never came close to getting the kind of money he wanted, he found the next-best thing in joining the club he grew up watching.

Brown's former Bills teammates — several of whom are close friends he talks with on a regular basis — fully expect him to put on a show, if not with his play then certainly with what comes out of his mouth. Lorenzo Alexander, who was part of the linebacking corps with Brown the past two seasons, is certain there will be a good deal of trash-talking whenever Brown is on the field.

Shaq Lawson: 'Only up for me. Only gotta get better.'

Bills linebacker Tremaine Edmunds earns first Pro Bowl nod
Duke Williams stepped up at end of season, but is he an answer?

Bills were third in NFL in road attendance, and team noticed

"Because that's kind of what he does," said Alexander, who worked out with Brown in Arizona during the offseason. "I'm just interested to see what he's going to say to the offense, because he has no filter at all, and I know he has some things, especially (with) some of our O-linemen, that he probably wants to share his mind with. So it's just going to be funny to hear him out there going against us versus going against somebody else."

"One thing about Preston is he's not shy," defensive end Jerry Hughes said. "It's going to be fun to see him be himself, be able to go out there and just run around and finally actually get to hit people who he's been really anxious to hit during practice here. So it'll be interesting to see how those guys kind of square up and go against each other."

Brown already has had some playful exchanges on Twitter with Bills tight end Keith Towbridge, a fellow Louisville alum. "I told them my popcorn's going to be ready," Hughes said with a grin. "So I hope that tight end wins those matches."

Brown had hoped to remain with the Bills, who made him a third-round draft pick in 2014. He stayed in contact with them throughout the free-agency period as he sought a deal in the range of $8 million to $10 million per year.

Brown said he and the Bills had gotten close to working something out before he signed a one-year contract with the Bengals. According to Spotrac.com, it included a base salary of $1 million, a signing bonus of $2 million and a workout bonus of $2 million. That package was believed to have been slightly better than the Bills' final offer. 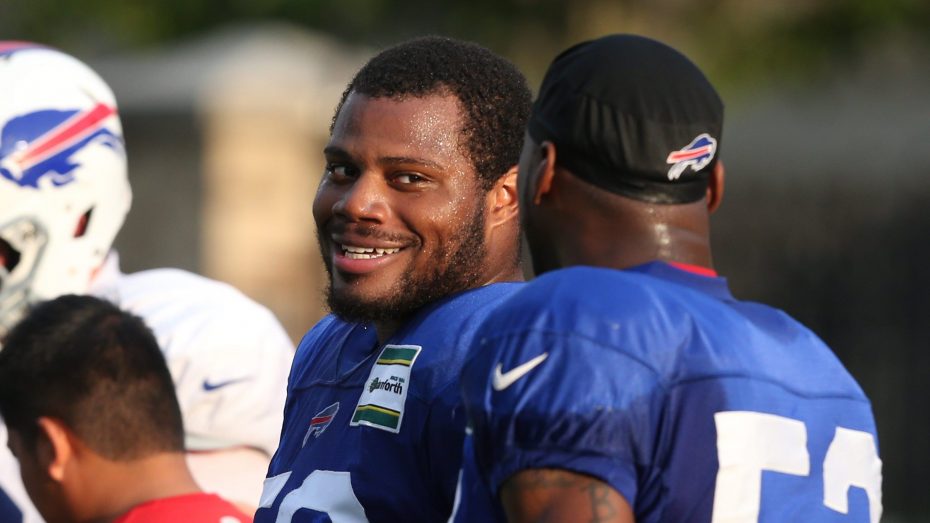 "It's always hard to see guys go through that," said Alexander. "You do what you have to do production-wise on the field, your team goes to the playoffs and you feel like you have some value. You (say), 'OK, it's my time.' You see everybody else kind of cashing in (and you say), 'Where's mine at?' From a player's perspective, especially guys that work hard, do all the things the right way, it's hard to see those guys not getting rewarded significantly. And, obviously, I know the minimum and whatever he got is good money, but in retrospect, he's worth way more than what he's making, what we were even offering him."

To have gotten the kind of pay raise he wanted from the Bills, the 6-foot-1, 251-pound Brown believes he "needed to do more" than just pile up tackles. (He's the first Bills linebacker since 2000 with four consecutive 100-tackle seasons.) He believes they didn't see him as the dynamic playmaker they wanted at middle linebacker — the kind they hope they found in first-round draft pick Tremaine Edmunds.

"They said they wanted more splash plays, more getting pass breakups, interceptions, fumbles, fumble recoveries, some stuff like that," Brown said. "Obviously, I wasn't exactly what they were looking for at that position. It was definitely fine. I mean, here they like fat linebackers, so I think I can fit in with all these 250 guys over here."

Bengals linebackers coach Jim Haslett, who played inside linebacker for the Bills from 1979 to 1985, has no problem whatsoever with Brown's physique. In fact, he sees him as "the ideal guy" to play middle linebacker in the Bengals' scheme.

"That's how you want them built," Haslett said.

The Bengals saw greater value in Brown's prolific tackling than the Bills and other teams did. They also loved his leadership and ability to call defensive signals, something Brown did better as a rookie and last season than in the more complex scheme Rex Ryan implemented in 2015 and 2016.

"I need a guy that has leadership skills, that's going to run the defense the way it's supposed to be run, that'll play like he's supposed to play," Haslett said. "Big guy that can tackle, can run, smart. I love working with him. The guy led the NFL in tackles one year, (fellow Bengals linebacker) Vontaze (Burfict) led it one year. You don't find too many guys on the same team that led the NFL in tackles."

Brown's Buffalo years were, he thought, a great learning experience. Besides absorbing the ins and outs of being a professional athlete, he also faced the challenge of having to learn a variety of defenses and coaching styles.

"I mean, we had so much going on each and every year, trying to learn, trying to get into something else and then as soon as you think you've got something, new coach. As soon as you got something, ah, new D-coordinator," Brown said. "It was definitely tough, especially coming from (Jim) Schwartz (the Bills' defensive coordinator in ‘14), where you only had like six plays. And then going to Rex Ryan, where you've got six in one play. I mean, it was totally different. Then, when we went to McDermott, not as many plays. And that's what we're doing here."

Still, Brown looks back fondly on his Bills experience.

"Those four years were great," he said. "I love everything I learned from there. I take it as a learning experience, had a great time up there with those fans. Always running around, going crazy, having fun. Teammates, I have friends the rest of my life, so it was definitely a fun time for me."

Brown uses the same word to describe what he anticipates Sunday will be like. The fact the game won't count should allow for a bit more frivolity than if it were a regular-season game.

"That's going to fun, just to go back up there, especially (after) just leaving," Brown said. "It's going to be a fun environment for me."

Especially during the jawing before each snap, and especially if his new defensive coordinator gives him some opportunities to blitz.