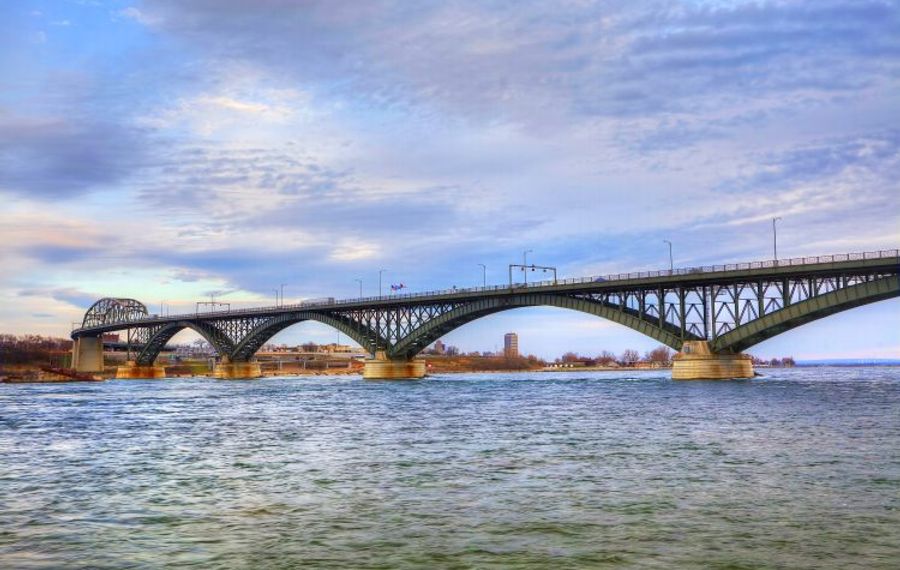 U.S. Customs and Border Protection officers at the Peace Bridge Wednesday seized about 78 pounds of marijuana in five separate shipments, all destined for the same location.

Aaron Bowker, a public affairs liaison with U.S. Customs, said the marijuana had a street value of about $78,000.

"It was actually in a commercial shipment. So it was being sent from a point A to a point B. The officers who had inspected the shipment found it," Bowker said by phone Wednesday.

"So it was five shipments and it was seven boxes in total," he added.

No arrests were made in the seizure Wednesday, though U.S. Customs is continuing its investigation, Bowker said.

"This is an excellent seizure that demonstrates our officers' dedication to enforcing the (U.S. Customs) mission," said Buffalo Port Director Cary Frieling, in a statement released Wednesday.

"Smugglers will use many methods to bring illegal narcotics into the U.S. and our officers will work diligently to prevent these types of shipments from hitting our streets," Frieling added.

In the past two weeks, U.S. Customs officers at the Peace Bridge commercial warehouse seized a total of eight shipments, including Wednesday's seizure, totaling just over 100 pounds of marijuana, officials said.

In fiscal year 2017, officers in the Buffalo Field Office made 640 narcotic seizures, which is a 6 percent increase from fiscal year 2016, according to officials.