A federal judge has dismissed a complaint by two Niagara County men who have sought a government payout for their father's death from prostate cancer, decades after the father worked in a Niagara Falls plant that had a government contract to process radioactive materials.

The ruling, however, allows brothers Kevin Young of Lewiston and Shannon Young of Wheatfield to try again and even provided tips on how to avoid having their do-over also thrown out of court.

"We're not as disappointed with the outcome as you might think," said R. Hugh Stephens of Buffalo, the brothers' attorney. "I think the judge kind of did us a favor by telling us to be more specific about what we want and the basis for it."

"I was hoping for a decision in our favor, but he didn't say no," Kevin Young said of last week's ruling. "I'm optimistic that if Hugh does his thing, something favorable will come out of it."

A federal law passed in 2000 gives a virtually automatic $150,000 payout to survivors of nuclear workers who died of 22 different types of cancer. But because prostate and skin cancer are so common, the government created a scoring system to determine whether victims of those diseases are eligible.

Under that system, the government found there was a 49.18 percent chance that Arnold Young's prostate cancer was caused by exposure to uranium tetrafluoride processed at the old Electro Metallurgical Co. plant in the Falls.

Under the current rules, only radiation exposure after World War II is counted. Because of inadequate exposure records for the wartime work connected with the development of the atomic bomb from 1942 to 1945, the credit for work before 1945 is zero.

The lawsuit, filed last November, sought to force the National Institute for Occupational Safety and Health to make an effort to reconstruct the doses of radiation Arnold Young received while working at Electro Metallurgical from 1941 to 1945.

Arnold Young, who died of prostate cancer in 1985, later worked at Union Carbide's Linde Air Products Division in the Town of Tonawanda, but several years after that company had been handling radioactive materials under a government contract. 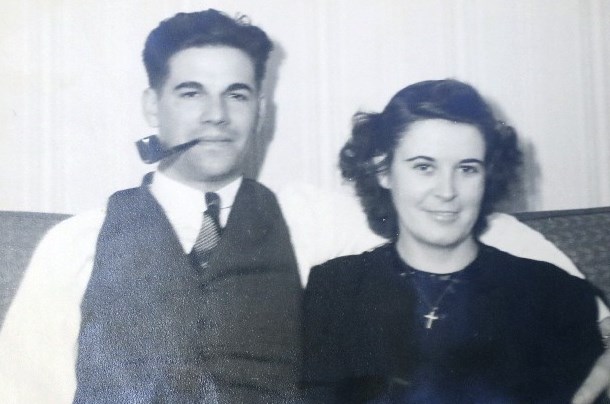 Arnold and Dorothy Young in an undated family photo.

A request for benefits from Arnold's widow, Dorothy Young, was rejected by the federal Labor Department in 2011. Before she died, her sons promised her that they would continue to pursue the case.

U.S. District Judge John D. Bates in Washington devoted three pages of Thursday's 11-page ruling to a discussion of legal omissions in the Youngs' lawsuit that could have produced a different outcome.

Although he didn't promise the Youngs would win if Stephens included that material, Bates said the case was dismissed "without prejudice," a legal term meaning the Youngs are free to try again.