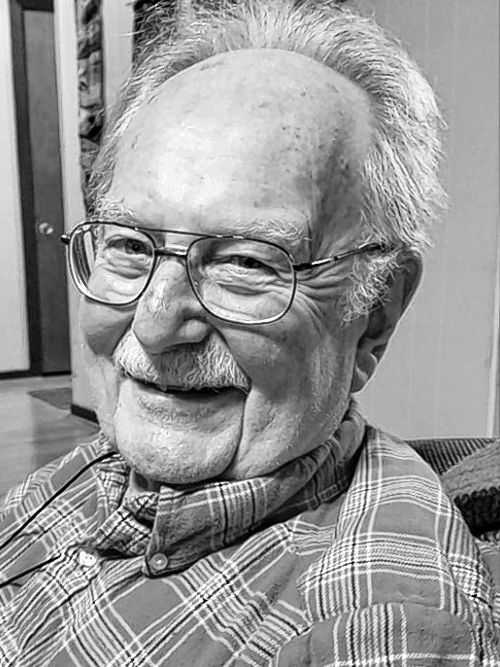 NADOLNY - Peter R. Of Westminster, VT, passed away July 21, 2018 at the Jack Byrne Palliative Center in New Hampshire. He and his beloved wife Jeanne Louise Austin (deceased 2017) enjoyed a unique "playwright-actress" relationship, creating mono-dramas written by Peter and brought to life by Jeanne on many stages. Blackberry Slump was their New Jersey cashmere goat farm where they lived before they moved to Vermont, near Jeanne's son Bret R. Nelson. Children from Peter's previous marriage in New Jersey are Christopher J. (Ellen) Nadolny, Mary Beth (Aaron) Vander Horn, and Rebecca S. Nadolny. Peter has five Vander Horn grandchildren, Sara, Kari (David) Ellis, Tyler, Molly, and Jacob; and one great-grandchild, Olivia Ellis. Peter was born January 10, 1933 in Buffalo, NY to Dr. Chester John and Emily Alexandria (Brzezicki) Nadolny. In 1951, he graduated from Canisius High School. Studying at SUNY Buffalo Medical School he realized being a doctor was not for him. He attended night school for psychology while serving as a technician at Roswell Park Cancer Institute until being drafted into the army in 1956. His duty was conducted at Fort Monmouth, NJ, related to medical services. He then took a job at Morristown Clinical Lab, eventually becoming a manager and purchasing agent. Although he obtained a teaching certificate from Fairleigh Dickinson, he did not care to stand in front of a class, so he remained at the Clinical Lab. In 1972, Peter married Jeanne and took employment as Quality Control Supervisor at Sigma Chemical Company in St. Louis, MO and later moved to Florida working in the field of product reliability. Returning to New Jersey, he was employed at Becton Dickinson. In later years, his services were contracted as a clinical chemist and quality assurance consultant for the medical products industry. In 1984, Peter and Jeanne formed "HerStory Productions" with a repertoire of seven one-woman shows to present the lives of our fore mothers in a dramatic, interesting manner. Brilliant research was required to write these plays, for example, the history of a civil war nurse in "Cyclone in Calico." Peter's work was recognized with notable showings, such as "Duty's Faithful Child: A Visit With Louisa May Alcott" performed at L.M. Alcott's house in Concord, MA. Peter became a member of All Souls Church in West Brattleboro in 2012. During his membership he served on the Board of Trustees and the Finance Committee, as well as sang in its choir. His dependable bass voice was also part of The Guilford Chamber Singers. Music was a significant part of his life, attending numerous performances and supporting local artists. If you only conversed with Peter for a short time, you'd know his humor was a big part of his personality. Coin collecting, studying maps, research of religions, statistics, poodles, hockey, genealogy, and Latin were other passions Peter enjoyed. Many thanks to the staff and volunteers of Brattleboro Memorial Hospital and the Jack Byrne Center for incredible care and support. A memorial will be held at All Souls Church on a date to be determined. Peter: "Requiesce in Pace."