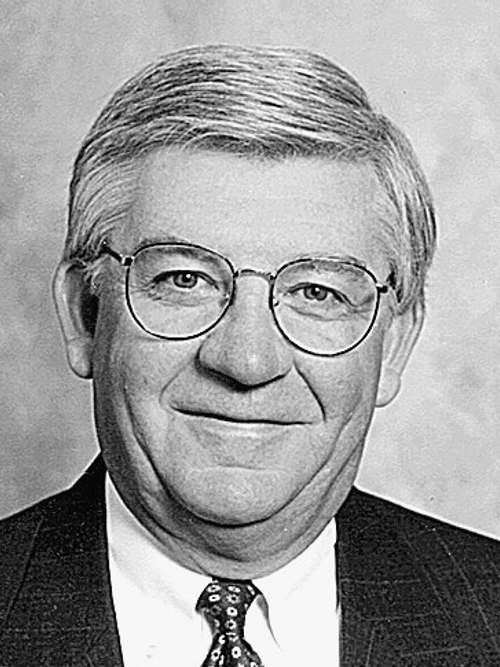 Martin G. Scherrer, of Amherst, a retired insurance agent, died Thursday in Buffalo General Medical Center after a lengthy illness. He was 75.

Born in Buffalo, he was a graduate of St. Mary’s High School in Lancaster, where he played varsity football, basketball and baseball, and the University at Buffalo. He served in the Army Reserve.

Mr. Scherrer worked at Ford Motor Co., then became an insurance agent for State Farm. He retired in July from an office he maintained with his son, Marc, on Sheridan Drive in the Town of Tonawanda.

Known to all as Marty, he was an avid golfer and a longtime member of Park Country Club, where he served on the board of directors. A devoted Buffalo Bills fan, he wintered in Siesta Key, Fla., for the past 10 years.

In 1965, he married his childhood sweetheart, Nancy M. Wlos, active in the Junior League of Buffalo and as a fundraiser for Roswell Park Comprehensive Cancer Center. She died in 1996. He was remarried to the former Joyce I. Tripp in 1998.

Visitation will be from 4 to 7 p.m. Monday, in Beach-Tuyn Funeral Home, 5541 Main St., Williamsville. A memorial service will be private.