For University at Buffalo's Nate Oats, 2018 has been a very good year.

The head coach of the school's basketball team led his squad to win their conference title after amassing the best conference start in team history. Then he took them to the NCAA tournament for the second time in three years, even reaching the second round after upsetting the Arizona Wildcats. He was named MAC coach of the year, and then signed a contract extension with the team through 2023.

That apparently gave him plenty of confidence in his future here. Oats and his wife, Crystal, paid $999,900 this week to buy a six-bedroom Tudor-style waterfront home on Grand Island's Gold Coast, on the Niagara River facing Canada. The seller was Robert J. Schiffhauer, founder of the Buffalo Athletic Club, and his wife, Guyanne M. Schiffhauer.

"Crystal found her dream house," Oats said. "It's an unbelievable property. There's not much more that we'd want in a house than we got in this one."

The two-story home on West Oakfield Road was built in 1904 but has been updated, with a facade featuring brick, wood, stucco and stone. The 8,835-square-foot home has more than 250 feet of waterfront and 4.2 acres of land, with chestnut beam ceilings and wood throughout the house.

The house has four bathrooms, a custom kitchen with granite countertops, a breakfast room and breakfast bar, a large dining room with a wood-burning fireplace, and a living room with a fireplace and walk-out bay windows. There's also a billiard room, a veranda and a detached three-car garage — the only negative given Western New York's winter weather, Oats said. 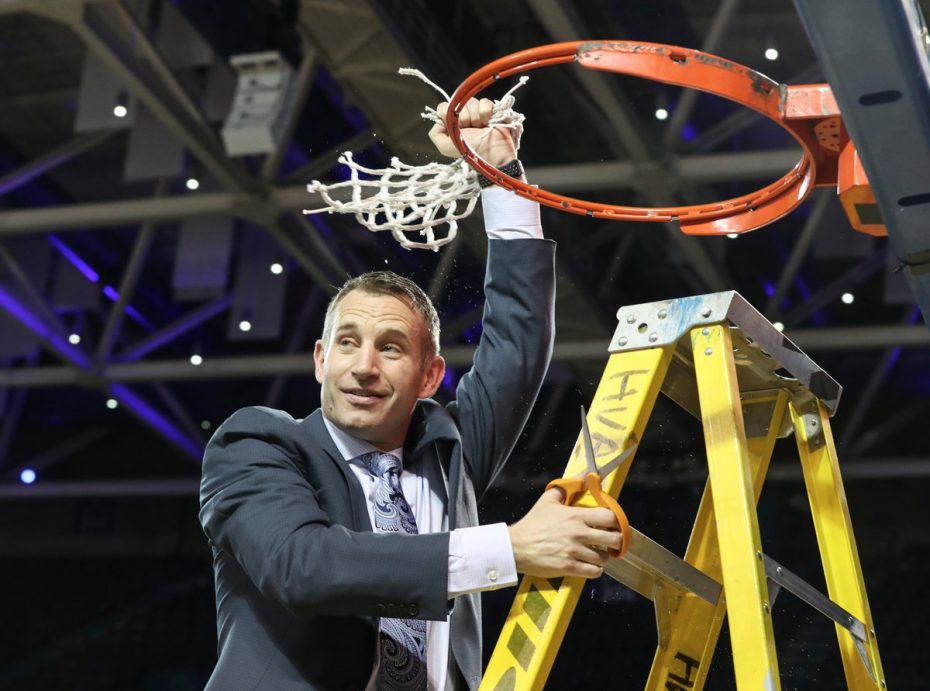 There's also a 60-foot pool with stairs, lanes, a slide and a pool house, which he said his three daughters are already using. And the property has a large dock with a boat cover that can fit a 50-foot yacht — perfect for the 300-horsepower tritoon boat the family bought a few years ago when Oats got the head coaching job.

"It's big enough, so we could have the team out," he said.

Oats said he and his family have lived in the same house they bought when they first moved here five years ago, "when I was coming off a teacher's salary." But "my family loves Western New York, as do I," he said, so after his contract extension, they decided to invest in something bigger and more permanent. "It would take quite a bit to get me away from here," he added.

They looked in Clarence, Williamsville and Amherst, but his kids wanted to stay on Grand Island, where they go to school. And when "this house popped up on the market, Crystal said it had everything we wanted," he said.

"After everything Crystal's been through these last few years, I was really happy she was able to find a dream house, and we could check just about every box we had," he said. "It's old, but we love old houses because they have character, with the original woodwork and all that. We're going to do a few things to kind of make it ours."

Crystal Oats was diagnosed with a rare form of cancer in 2015, shortly after her husband began his new job. After chemotherapy and a bone-marrow transplant at Roswell Park Comprehensive Cancer Center, she is now in remission.

The home last sold in December 1999 for $750,000, and Oats said the Schiffhauers "did an unbelievable job with the property." There were multiple offers during the sale process, said Sherry McDonald, the agent at Hunt Real Estate Corp. who represented the Schiffhauers.

Schiffhauer and Rick Rugg founded the Buffalo Athletic Club in 1980, after buying a downtown Buffalo building out of bankruptcy, and then expanded the chain to 12 locations in the Buffalo and Rochester areas under the BAC or RAC brands. All seven co-ed locations were sold to L.A. Fitness in December 2013, leaving only the five BAC for Women and RAC for Women locations.