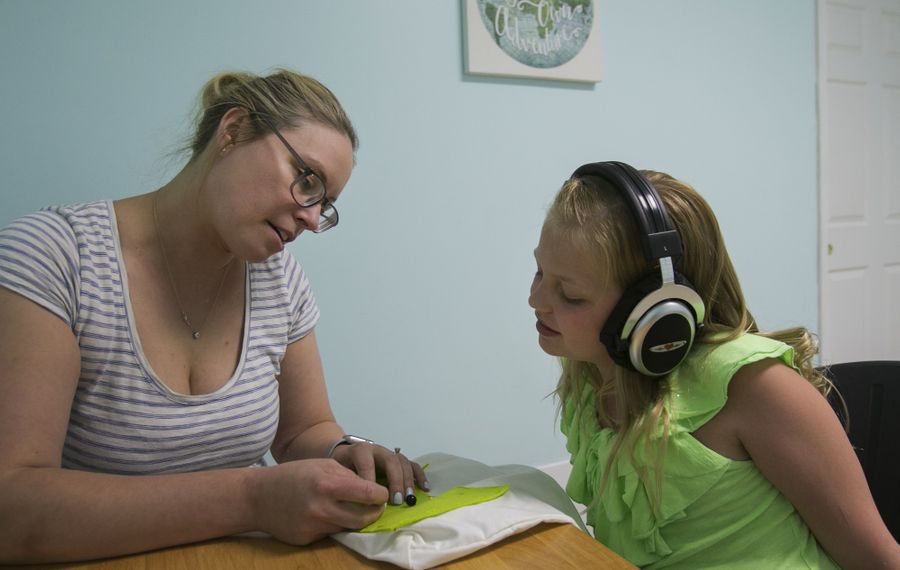 Will Barrett, 15, was struggling on the baseball team and in the classroom last spring at Christian Central Academy when he tried an unfamiliar therapy designed to retrain the brain through sound waves.

Olivia Greiner and her parents decided Olivia should give it a try, too, as part of the steps they’ve taken to help the 10-year-old from Lancaster address mood and non-verbal learning challenges.

Will, Olivia and their families can’t explain in detail how sessions work at the Kinesthetic Listening Center of Western New York – but the results speak for themselves.

Anxiety gripped Will before sporting events and tests. Within a few weeks, kinesthetic listening boosted his performance on the ballfield and golf course. His grades improved dramatically. He passed all three Regents tests he took, including pulling an 87 on the year-end Spanish exam.

"It's trained my mind to calm itself down," he said.

Olivia has struggled with fine motor skills and in social situations with those her own age. Her mood has improved, she has more energy and has become more outgoing, said her mother, Mariah, a nurse practitioner at Oishei Children's Hospital.

“She hasn't learned to ride a bike very well but after several sessions, she was amazing," her mother said. "We went off-roading. We went on hills. I was shocked."

Veteran teachers Sarah and Dale Smith opened the listening center in May. It is an offshoot of Shaw Academic Institute, a tutoring business Sarah started four years ago. Both businesses share the same storefront at 404 Main St., in East Aurora.

Husband and wife have become certified in the technique since marrying almost two years ago. (Certification requires that you’ve trained in the education, psychological, or occupational or physical therapy fields.) They first used kinesthetic listening with some of the students they tutored, and started the second business because of the surprising results.

“I found out about listening therapy from the mother of a struggling preschooler who couldn't retain his letters, couldn't retain his numbers,” said Sarah Smith, a Town of Aurora native and former teacher and curriculum in Buffalo and Illinois. “This child did the therapy and is a perfectly functioning third-grader. I was very skeptical at first – but it worked.”

The Smith brand of kinesthetic listening is based on the work of Dr. Ron B. Minson, a UCLA medical school graduate who has worked both as a family physician and psychiatrist. 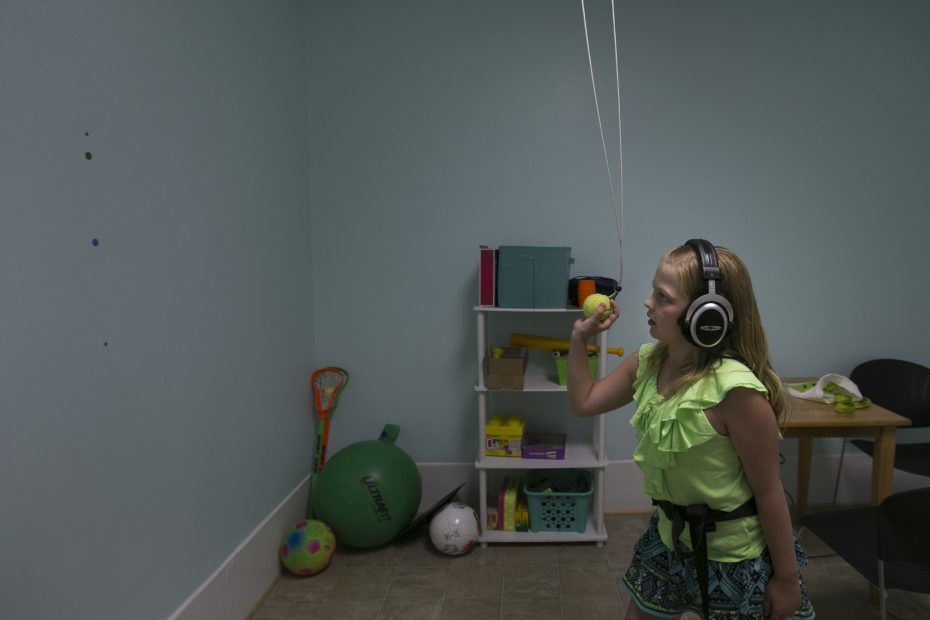 Minson learned about sound therapy in 1990, when it was used to successfully treat his daughter for severe dyslexia and depression. It works by stimulating the muscles and vestibular nerve of the middle ear, which connects to the vegus nerve, which stretches from the brain to the abdomen and is a key body-mind regulator.

Integrated listening systems, including kinesthetic listening, help improve brain organization and function in people of all ages, according to Minson’s website, integratedlistening.com.

It can have the greatest impact on tactile learners who struggle with traditional teaching methods. The Smiths said it has helped create new milestones for those with learning challenges that include autism, Down syndrome, central auditory processing, attention and hyperactivity deficits, social anxiety and depression.

“It creates new pathways in the brain,” Sarah Smith said. “Your brain can grow and change – and you've got to challenge it.”

“It's not a medication,” added her husband, a Wyoming County native and former Depew High School English teacher who also has taught, and coached hockey, in East Aurora and South Carolina. “Nothing is going to kick in. It's more that people look back and go, ‘Wait a minute. I just did this, this and this and I've never been able to do that.’"

Husband or wife work with clients – who so far have ranged in age from 4 to 66 – one-on-one for 45 minutes at a time. Everyone they've worked with sees at least some improvement, they said, but in some cases, it takes longer than others to see results.

The sessions are designed to improve hand-eye coordination and challenge the mind with what Sarah Smith called “old-fashioned play.” Clients perform a variety of balancing or detail-oriented tasks, following directions and establishing patterns, while wearing a headset. Classical music, air and sound waves pulse through the headset, stimulating the nervous system and brain.

Will favors jazz drummer Buddy Rich, country singer Toby Keith and rapper Post Malone, but said he’s grown to like Gregorian chants and the Beethoven and Mozart music used as part of the technique. It’s set at a tone low enough for him to hear instructions from the Smiths. He wears a headset as the couple put him through paces that include using a balance board while throwing and catching balls with both hands.

Balls of all sizes – including Superballs and rubber balls – are part of the mix. So, too, are Play Dough, kinetic sand, coloring books and crayons, lacrosse sticks and hockey sticks. While clients move and hear music, they also are asked to recite phrases and count backwards.

Olivia, too, does ball and balance work both indoors in the playroom and outside the East Aurora business. She also works with a miniature Lego set and has started a sewing project while wearing a headset.

"Ever since I started, I feel like I'm a totally different kid,” Olivia said after a recent session. "So far, everything's changed. It's magical. I love it. I love going here."

Benefits can be seen in as quickly as two sessions, Dale Smith said, but normally take six to eight weeks. Minson recommends 60 sessions and, after that, additional visits if people see some of their abilities diminish over time. The Smiths also provide exercises clients can do at home.

Most of the Smiths’ clients visit two to three times a week. The cost per session is $45, though the Smiths are running some pilot studies as their work progresses. The Down Syndrome Parents Group of WNY, for instance, is covering the cost for some families as it gauges the benefits for those it serves. For more information, call the center at 508-0604 or visit klcwny.com.