The list of internet-presence priorities has shifted considerably over the past five years: regularly updated, colorful Facebook and Instagram pages are a must, while affiliations with reservation apps such as OpenTable can perform duties previously handled by a website.

Although delectable food pictures won't always translate to delicious dishes, the images reveal an eatery's care for presentation, which is often an encouraging sign for eaters.

In this occasional feature, we'll pass along some of the most enticing social media food posts that we've stumbled across over the course of the last few months - the included restaurants aren't limited to #NewBuffalo establishments. Will these featured dishes always be available at the restaurants? Not necessarily - some are specials.

The Garage Cafe's mega-popular cinnamon rolls, pictured as the featured image and available only on weekends, attracted social-media fueled lust, which sparked the idea of this series.

To know: Most dishes from the downtown taco spot are colorful, but the featured hash below seems beyond eye-candy. It's something I'd also devour after briefly appreciating its beauty.

391 Washington St. in Hotel @ the Lafayette.

To know: Gaze at the available pastries options as you order at the Public Espresso counter, but know that the savory choices don't slack either. The short move in the same building has allowed for a solid food program, including one of the area's top breakfast sandwiches.

To know: Part of the #NewBuffalo wave, Marble + Rye calls upon local, seasonal ingredients and - while not everyone may find this image appealing - cares about how dishes are presented.

WARNING, WARNING! We have a whole bunch of new features dropping today, including this Tandoori Cauliflower w/ fennel +...

Local Grille and Catering at the Dome

To know: Not every enticing plate of food has to be an upscale small plate that follows the farm-to-table route. Sometimes, you just want fried food, and lots of it. That is precisely what we have, below, from Local Grille - under new ownership in the Dome. 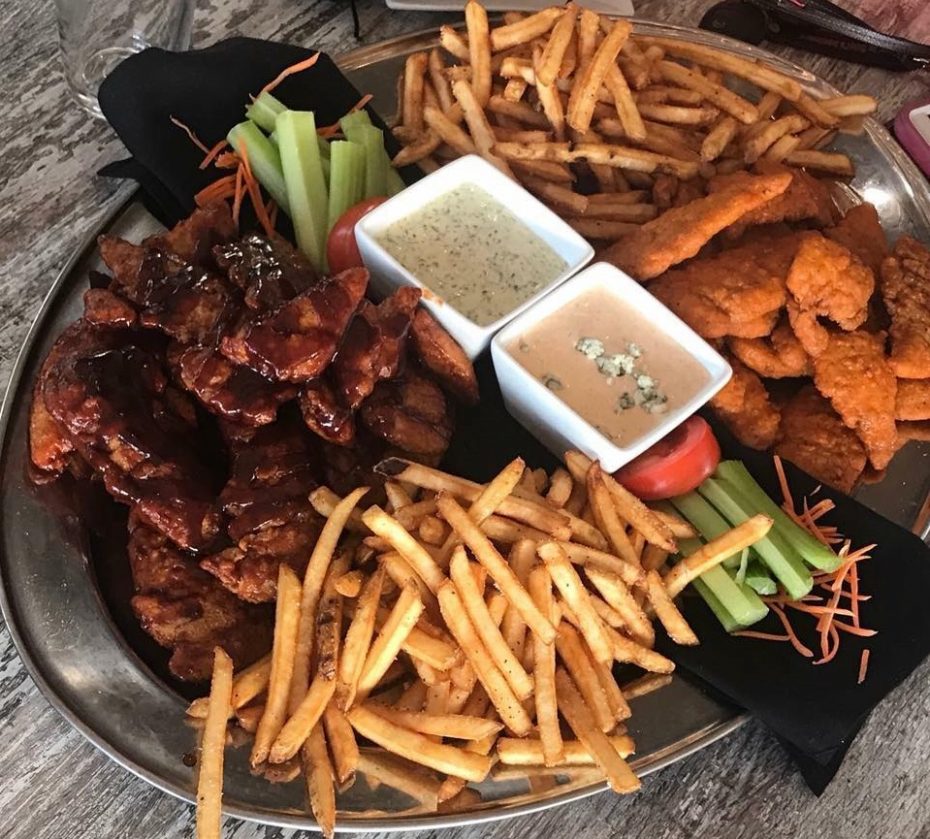 A hearty platter from Local Grille and Catering at the Dome, on Wehrle Drive in Amherst. (via Local Grille)

To know: Yes, summer is waning, but Mississippi Mudds is still serving by the water, and customized dessert nachos are along for the ride. A bonus? It's shareable.

Pop-up pastry and dessert shop that's regularly at the Elmwood-Bidwell Farmers Market and collaborated with Remedy House and Marble + Rye for Sunday brunch.

To know: Colleen Stillwell's brand is a must-follow on Instagram, where you can keep up with the flaky pastries, signature pop tarts and even some savory options. The Instagram post, below, teases a brick-and-mortar restaurant coming fall 2018.

To know: This chocolate chip cookie-topped cheesecake slice is not part of the truck's regular inventory, but it is in rotation as a special. The two-time Taste of Buffalo winner is known for its PB&J and chocolate-covered strawberry cheesecakes, but the slice below would be hard to resist for any local dessert lover.

To know: Vegans have been better accommodated by Buffalo restaurants over the last year, and this delightfully bright taco from Mexico City Hamburg fits the category. Who cares if there's no meat, eggs or cheese when your taco looks this good?

To know: Since establishing their first restaurant, Frank's owners Frank and Paul Tripi have begun experimenting with specials - like a wildly popular Nashville Hot Chicken sandwich and a porchetta sandwich. The elote, below, is another example of a luscious seasonal special.