At 100 years old, George Nash has sharp memories of coming to work at what is now called General Motors' Town of Tonawanda engine plant the year it opened, in 1938.

Nash was back at his old workplace on Friday, a living link to the plant's origins as GM Tonawanda celebrated its 80th anniversary. The plant welcomed employees, their families and retirees for tours. But none of the visitors could match Nash's connection.

The Illinois native joined GM through his education at the General Motors Institute. He moved here with his wife to work at the engine plant when it was just 6 months old. While he spent his entire career at the Tonawanda plant, retiring in 1980, he has also visited other GM plants over the years.

"As far as I was concerned, Tonawanda was the best plant GM had," Nash said.

He recalled when the Tonawanda complex switched production to support the American war effort during World War II. "We cleaned it out and put everything in storage on Sawyer Avenue, and we went into aircraft engine production." Word filtered back that American pilots would look for the words "built by Chevrolet" on the engines of the planes they flew, as a mark of quality. 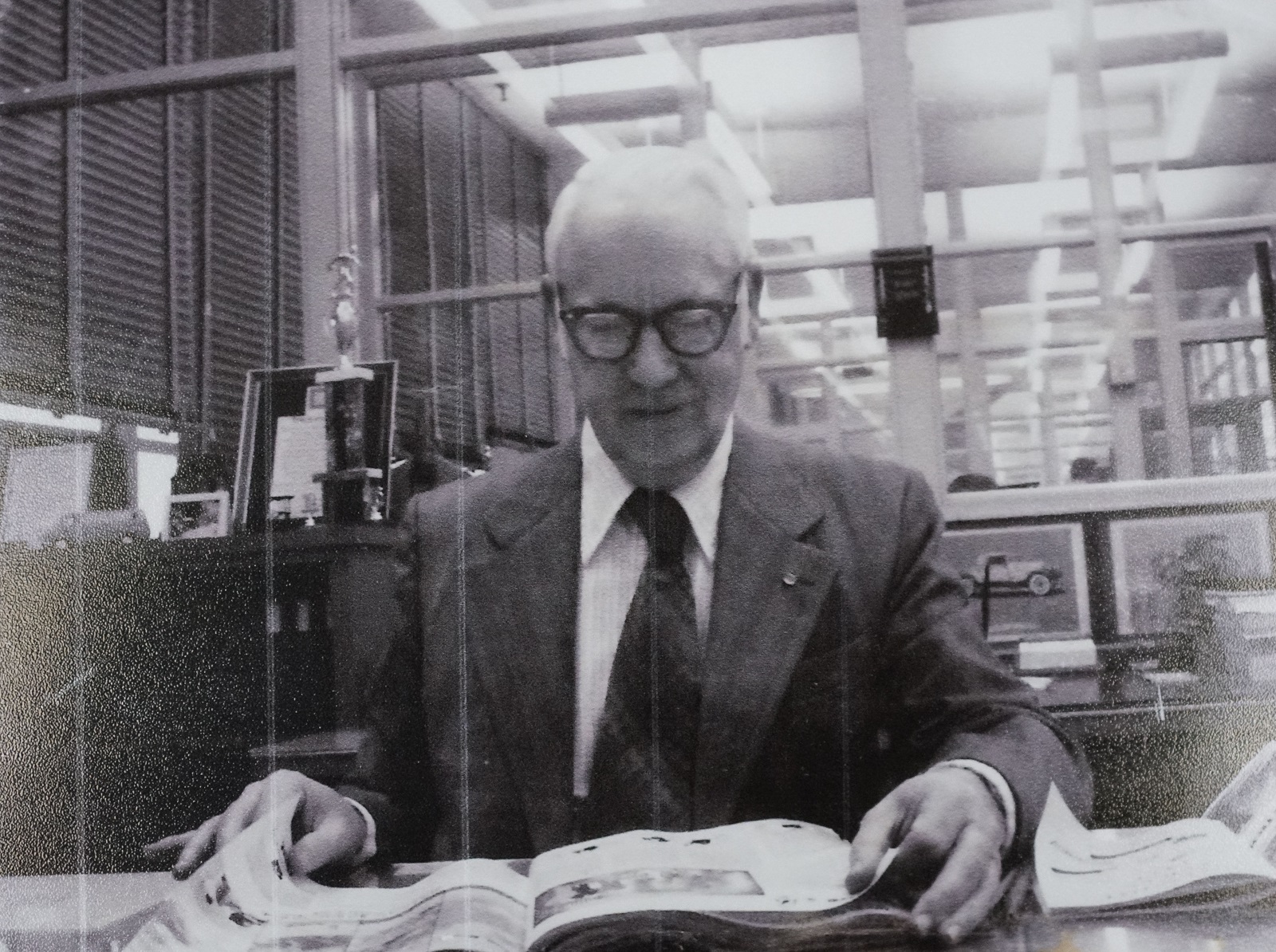 Nash became head of industrial engineering at the Tonawanda plant.

"I never wanted to be a manager. I didn't want to run production," he said. "I was toolmaker-type person."

Of all the different engines the Tonawanda site produced during his career, the small-block V8 engine was his favorite.

The Tonawanda plant has endured a lot of ups and downs in its lifespan, some of them in the 38 years since he retired. Nash marveled at how the plant had transformed since his first days working there, with advanced technology and better lighting.

"You look at this plant, you wouldn't really know it was the same one that I worked in," he said. 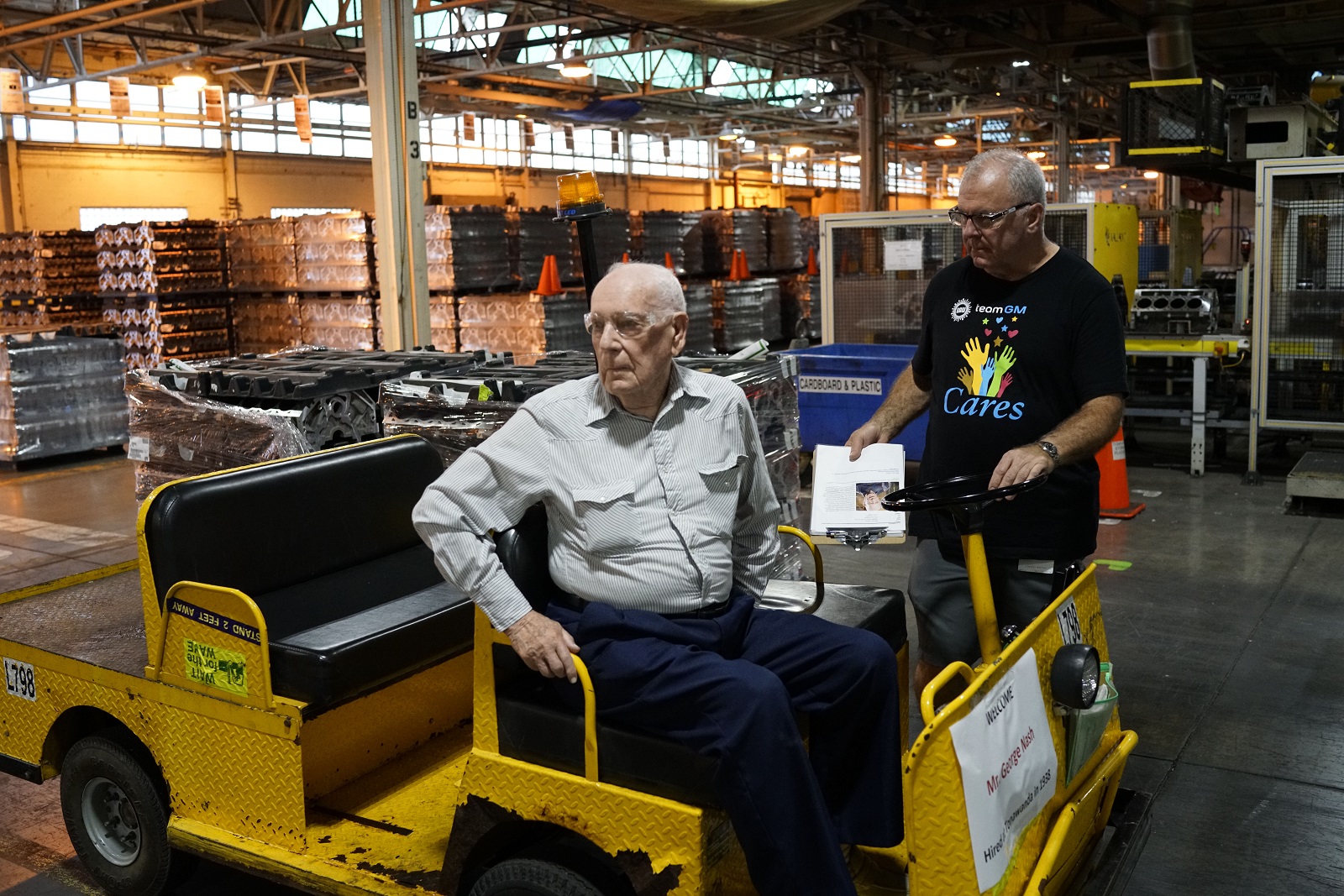 George Nash gets a ride from Tom Carberry, right, at an open house to commemorate the 80th anniversary of the plant. (Derek Gee/Buffalo News)

"It's an opportunity for us to see what folks have done and the caliber that helped build us to where we are," Ramanujam said. "The fact that he's still engaged, he wants to be here and wants to continue to coach, teach us and share in the learning, is amazing."

Nash's wife died eight years ago, the same year the couple celebrated their 70th wedding anniversary. He still lives on his own in his Town of Tonawanda home, drives himself to church on Sundays, and is part of his church's building and grounds committee. He carries his GM identification card in his wallet and can rattle off the names of engines the complex built, as if he had retired just recently.

Nash's son, Bob, worked for 36 years at an adjacent forge that was run by GM and then American Axle & Manufacturing. His daughter, Barbara Noonan, said she "drives GM." Both accompanied their father to the plant on Friday.