When Dave and Donna Ortolani’s four children moved away, they never dreamed three would end up back in Buffalo within two years of each other.

The Williamsville residents always wanted their kids to experience the world outside of Buffalo.

“We didn’t insist but we encouraged the kids to go away to school,” said Dave Ortolani.

Both had been born and raised in Western New York, and they love the Queen City, but felt their children could better themselves by moving away.

All four of the Ortolani children heeded their parents' advice, and left after graduating high school, their eldest leaving 15 years ago.

But with all the developments going on at the medical campus, Canalside, and HarborCenter, there were jobs to draw the family back to their roots.

Now, the parents are thrilled to have three of their four children back living and working in Buffalo.

Love most about Buffalo: The sense of community; it’s a unique place in that most people stay here or come back; being close to family

Miss most about New York City: The subway; ease of getting around; not having to drive 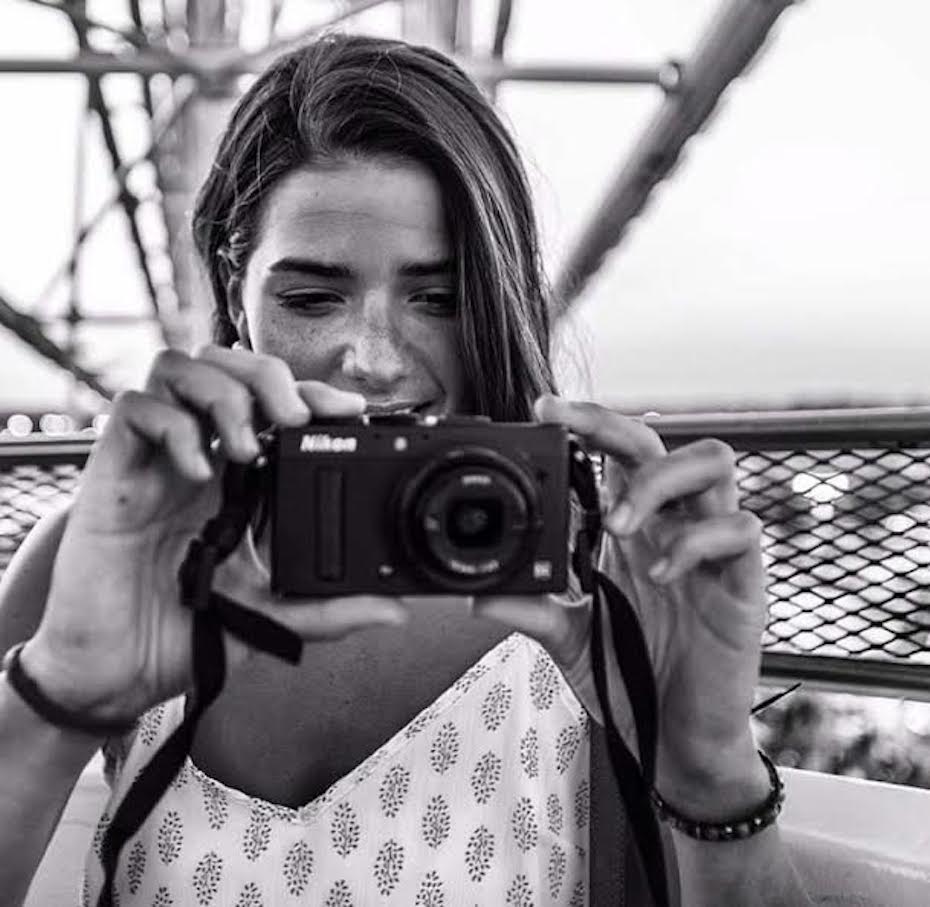 Middle child Liz Ortolani was the first to move back to the Queen City. Liz first left her hometown for Hobart and William Smith Colleges in Geneva. She was a psychology major, but always knew she wanted to take a different path.

She made that happen in 2010, when she landed a job as an ad sales assistant at InStyle magazine in the Big Apple. During her time in New York, she also worked for Elle magazine and Estee Lauder.

But in 2016, she had grown tired of living and working in New York City and was ready to leave. She says she needed a break from the big city, always having a roommate, and the high cost of living.

“I called up my parents and said very calmly, I think I’m ready to come home,” Liz Ortolani said.

She moved back in October of that year, and the following September, began working with the new Oishei Children’s Hospital, as senior public relations specialist.

“I wanted to do something that was more meaningful,” said Liz of the change from fashion magazines to the children’s hospital.

On any given day, you can find Liz exploring the city, getting to know it again and seeing it through a different lens. She says she likes to pick a different area to visit and explore, often driving to the surrounding suburbs on the weekends.

She is happy in Buffalo right now, with all the changes going on and feeling like she is making a difference.

“You can see the fruits of your labor, if you will, here,” Liz Ortolani said.

She is proud of her hometown and says she always defended it when out of town, saying people need to give Buffalo a shot.

“You really have to visit and immerse yourself in the culture and spend time around the people here,” said Liz Ortolani, who describes Buffalo as a happy place.

She says she can see herself staying in the Queen City because of the people.

“I’ve met a lot of very interesting people,” said Liz. “Young people that are really kind of on the path to making really great changes here.”

Love most about Buffalo: The people 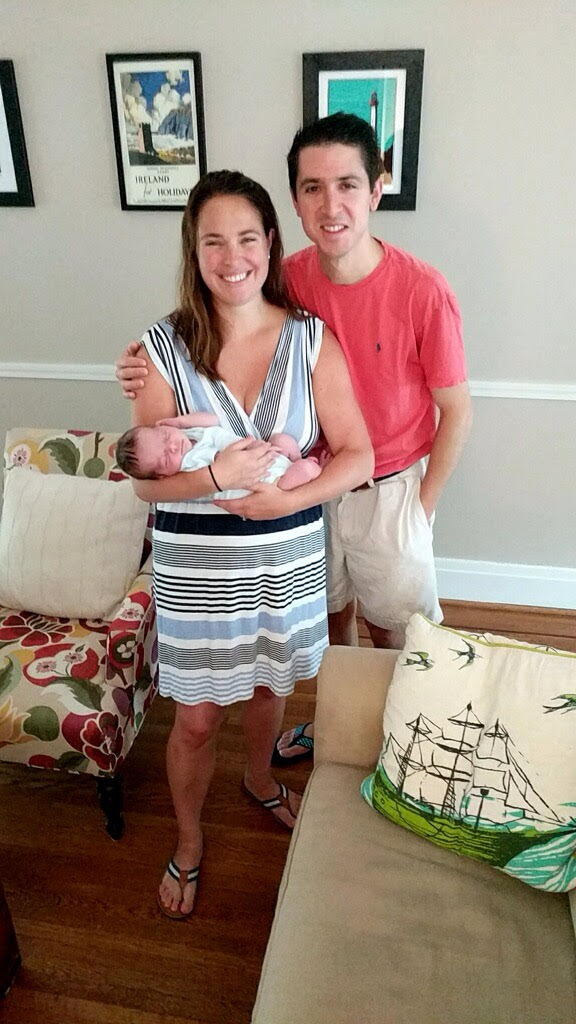 John Ortolani is the eldest brother. He initially moved away in 2003 for college in Massachusetts, but always knew he would be back.

After college, John returned to begin medical school at the University at Buffalo. From there he headed for Roanoke, Va., where he spent the next five years doing his residency.

While in Virginia, John reconnected and began dating his now-wife, Megan. Also from Buffalo, Megan and John met through mutual friends.

Megan also spent some time outside of Buffalo, living in New York City for five years after college. Burned out from the fast pace of the Big Apple and tired of the cost of living, she returned to Buffalo in 2012.

“Day to day life in New York got so exhausting, it was like a breath of fresh air when I moved back,” said Megan Ortolani.

Megan and John married in 2016, and headed for Shreveport, La., so John could begin his fellowship in colorectal surgery.

Though they weren’t sure if it was a possibility, the newlyweds always planned to come back to Buffalo to eventually raise a family here.

“We both agreed very early on that if we had the chance to get back to Buffalo, we would take it,” said John Ortolani. “Buffalo is a great place to really put in roots.”

One year later they did.

John began a position as the colorectal surgeon at UB Department of Surgery and Kaleida Health. He also serves as assistant professor of surgery at the University at Buffalo Jacobs School of Medicine and Biomedical Sciences.

“The boom of the medical campus enabled him to get the job opportunity that he did,” said Megan Ortolani. “They’ve definitely made huge strides to make it more palatable for young doctor or surgeons to come here and stay here.”

The couple just welcomed their first child, Jack, and are looking forward to raising their child in their hometown, enjoying all the parks, the waterfront, the arts scene and the people.

Love most about Buffalo: The friendly people

Miss most about Richmond, Va.: The summer weather, a lot of festivals, a bacon festival, the James River 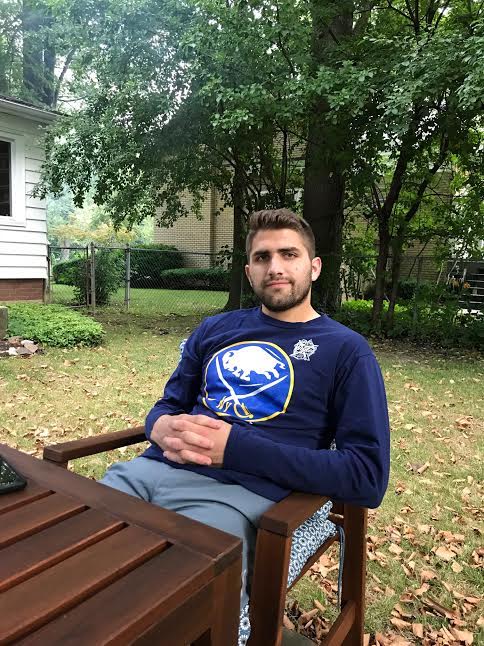 Joe Ortolani moved back in 2017 and hopes to begin medical school in fall of 2019. (Photo courtesy of Liz Ortolani)

Joe Ortolani is the youngest brother of the bunch. Like his siblings, he wanted the experience of moving away for college. So he left Buffalo for the University of Richmond where he studied chemistry and pre-med.

He graduated in May 2017 and returned to Buffalo before med school. To prepare, Joe began interning at Gates Vascular Institute as a research volunteer in the clinical research office. As of August 2018, he began a part-time job at Gates taking on more of a research study coordinator position.

“Ideally, I’d really like to go to UB,” said Joe Ortolani. “The plan was always to come home and go to med school.”

Joe says one thing he notice about moving away is how there is always that Buffalo connection, and when you meet someone it’s always such a big deal.

“They’re like your best friends immediately,” said Joe Ortolani. “There’s some kind of pride that you’re from Buffalo.”

Joe says his ultimate goal is to live and work in the Queen City.

“I think it’d be really cool to come back to Buffalo and be a doctor and serve the community that raised me up,” said Joe.  “I just really it like it here.” 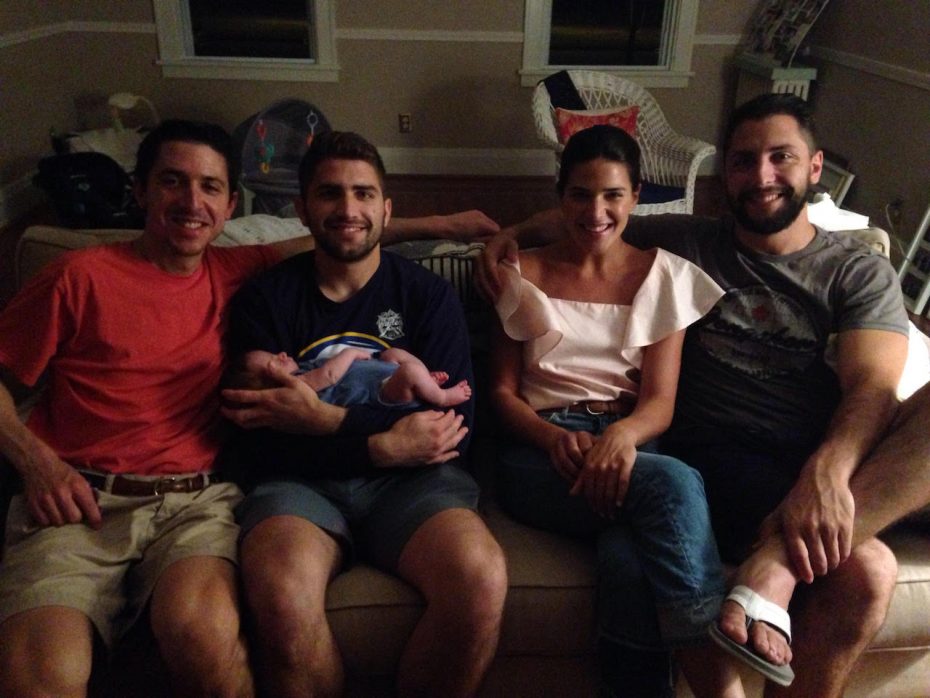 From left, John, Joe, Liz, and Max Ortolani with the newest member of the family, Jack. (Photo courtesy of Megan Ortolani)

The fourth Ortolani sibling, Max, lives and works in Florida for the Florida Panthers. Dave and Donna Ortolani don’t anticipate him moving back anytime soon.

In the meantime, they are enjoying their other children living so close, and spending time with one of the newest Buffalonians, their new grandchild.

Alison Russo grew up in the Southtowns and lives in a suburb of Kansas City with her husband, Joe, and their two children. She works as a freelance writer and public relations/marketing specialist.